ASUS' is set to have a major press event later today at Computex 2018, showcasing to the world some of the companies latest technologies and future product offerings, having already dropped several hints that their Republic of Gamers brand would be entering into several new sections of the PC and Gaming markets.

Videocardz has managed to grab hold of some of ASUS' press images before the event, revealing to the world ASUS' plans to enter the AIO, PSU and Smartphone markets.

First off we have two new AIO liquid coolers, a 360mm model (pictured above) and a 240mm model (pictured below). Both versions appear to use different radiator end tanks, 120mm fans and cold plate designs, with the 360mm model being seemingly large enough to act as a CPU/motherboard monoblock. We will be sure to find out more about these leaked AIO designs later today. 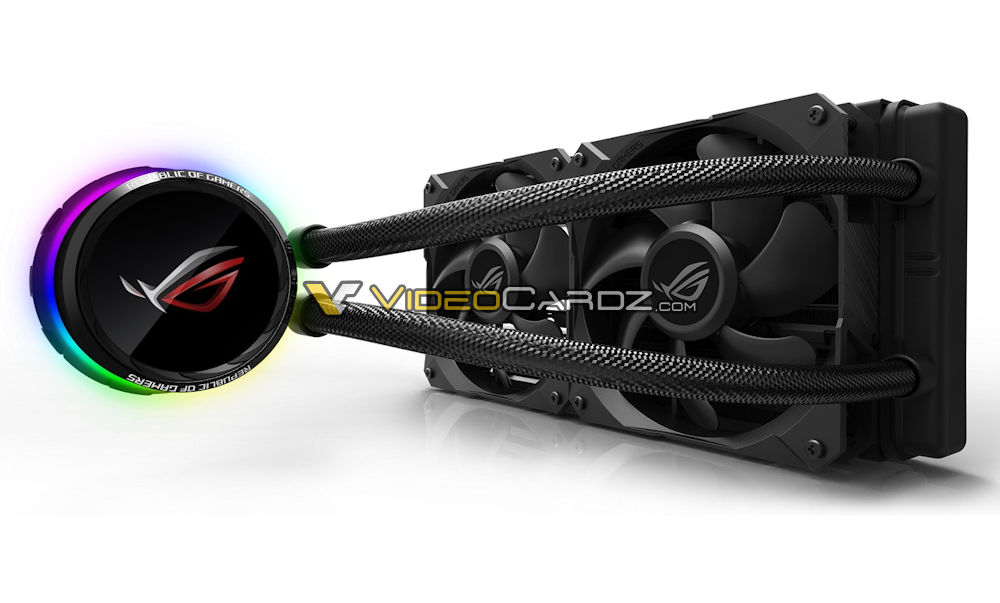 Up next we have ASUS' Republic of Gamers 1200W THOR power supply, offering users ARGB lighting features and presumably the powers of a thunder god. The big question is whether or not ASUS' unit is worthy of the name THOR, especially given ASUS' lack of experience in the power supply game outside of OEM systems.

As a premium PSU design, it is likely that this unit will be rated as an 80+ Platinum or Titanium unit. 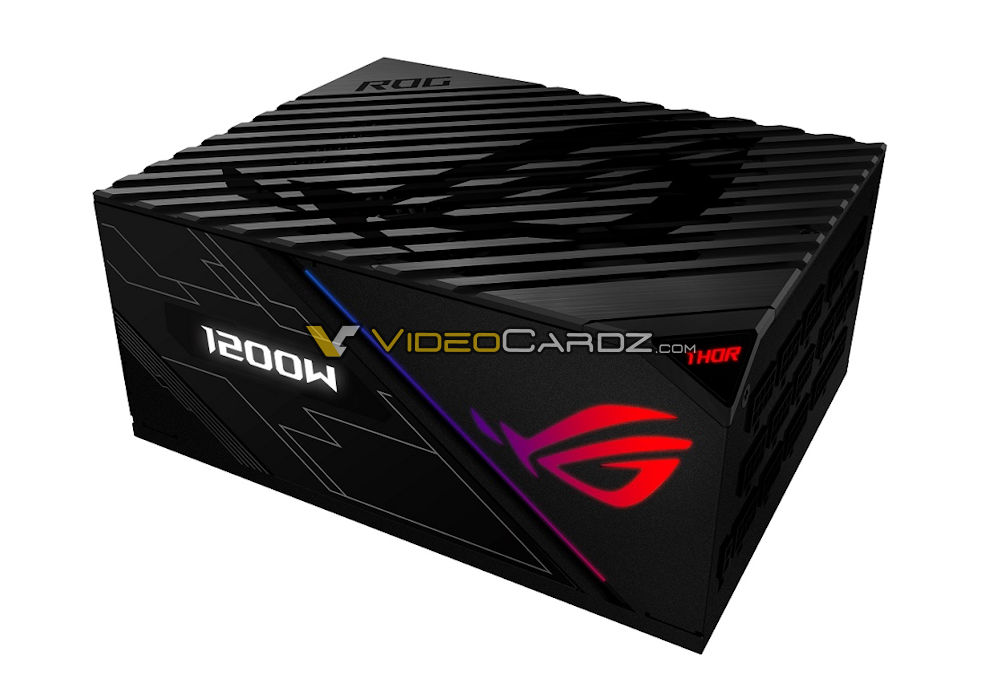 Lastly, we have ASUS' long-rumoured Republic of Gamers Smartphone, a new device which will compete with the likes of Razer's Razer Smartphone. At this time the specifications of this device are unknown, though it is expected that the RGB section at the center of the handset is removable, offering users a standard smartphone form factor. 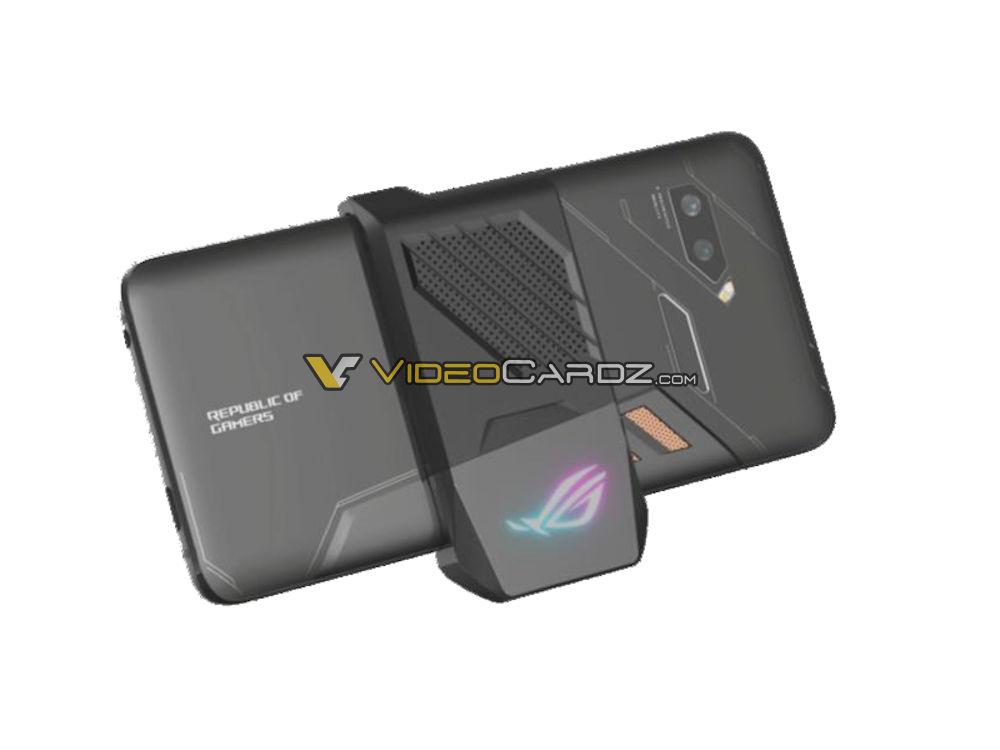 You can join the discussion on ASUS' leaked AIO, PSU and Smartphone images on the OC3D Forums.

UnawareLlama23
Do you think the AIO with the square block covers VRMs as well?Quote

WYP
Quote:
Possibly, hard to know for sure without seeing the block from the other side. The ROG press conference is today, so we should hear more soon.Quote

Peace Đ
Very interesting stuff, to say the least! Especially the AIOs. Hopefully the RoG lettering on the 240 coldplate is not present on the final product

Now if they made RAM and cases as well, then you could build an entire system with ASUS products

Dicehunter
While I like Asus I'll stick to buying their GPU's and Motherboards, I've had too many problems with their other products to trust them with something as important as a PSU or CPU cooler.Quote

g0ggles1994
The phone is intriguing but I would hold onto how well it performs as a phone as well as a gaming device.

The block on the round AIO just looks tacky with the logo just slapped on with an RGB ring underneath, Something like what NZXT have on their Krakens would have been brilliant. However, the square AIO which looks like it could allegedly do VRMs as well is certainly a very neat idea if it does but I doubt it would support a lot of motherboards (and only suppot Intel)

I can't help but think the PSU is unnecessary though, especially since most high end cases shroud the PSU away leaving no point for RGB unless you have a case like a Phanteks EnthooQuote
Reply