Frank Azor is a major talent win for AMD, acting as an industry icon across the gaming sector. Azor will be reporting to AMD's head of Computing and Graphics, Sandeep Chennakeshu, and will be tasked with building and expanding the company's relationships with members of the PC, console and cloud ecosystems across semi-custom, Ryzen/EPYC CCU and Radeon RX/Instinct product stacks.

At Alienware, Azor helped pioneer the world of gaming notebooks, starting with the Area-51m. Since then, Azor has had executive roles within Alienware and later Dell, the latter of which has become the largest seller of gaming PCs within the industry. AMD now hopes that this talent will be able to help AMD gain more traction within the gaming market, especially now that the company has secured the next-generation of Sony/Microsoft consoles.

AMD is doing well within today's gaming market, especially within the console space, but the company could be doing a lot better. Azor's influence could prove critical as AMD moves forward, especially as AMD's Ryzen and RDNA products are developed further. 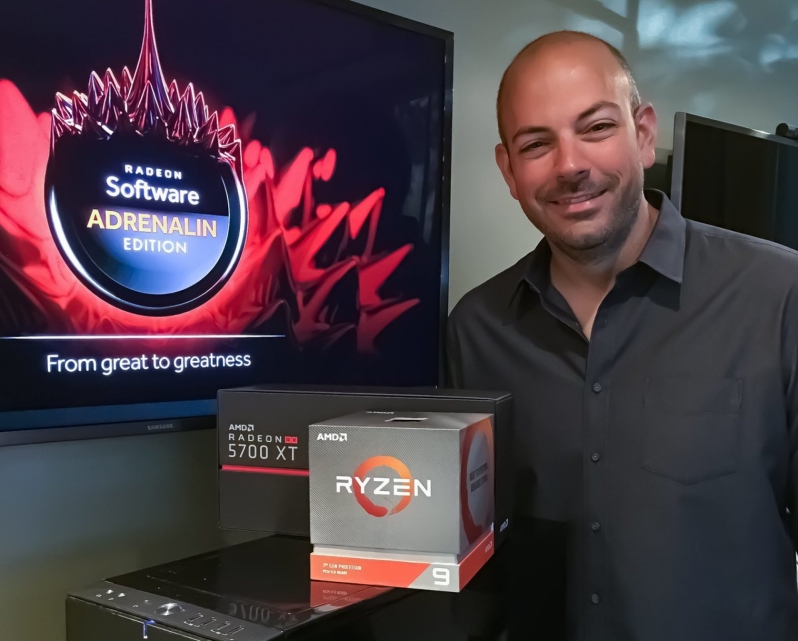 Frank Azor will become a huge asset for AMD moving forward, especially as Radeon enters into a new era with their RDNA graphics architecture, the technology which will power the next generation of consoles.

You can join the discussion on Frank Azor joining AMD on the OC3D Forums.

AlienALX
Hopefully he will tell them that blower coolers suck

Happy about this. One of my heroes for sure.Quote

Warchild
Quote:
But they don't suck. They blow!