Alphacool has released their new Eisbrecher series of water cooling radiators, which are easily disassembled for easy painting and modding.
These new radiators are designed to improve the efficiency of the radiator by better utilising the radiator space under fan motors or corners by using Alphacool'suniquer Air Breaker Mat (ABM) technology, which allows air to be evenly distributed under the fan and improve thermal performance. This new technology is designed to benefit those who use slow running/silent fans significantly.
The focus of this new radiator design is to allow the modding community to quickly change the aesthetic of their radiators through modding, enabling them to easily remove this radiator's aluminium frame for painting or other forms of customisation. 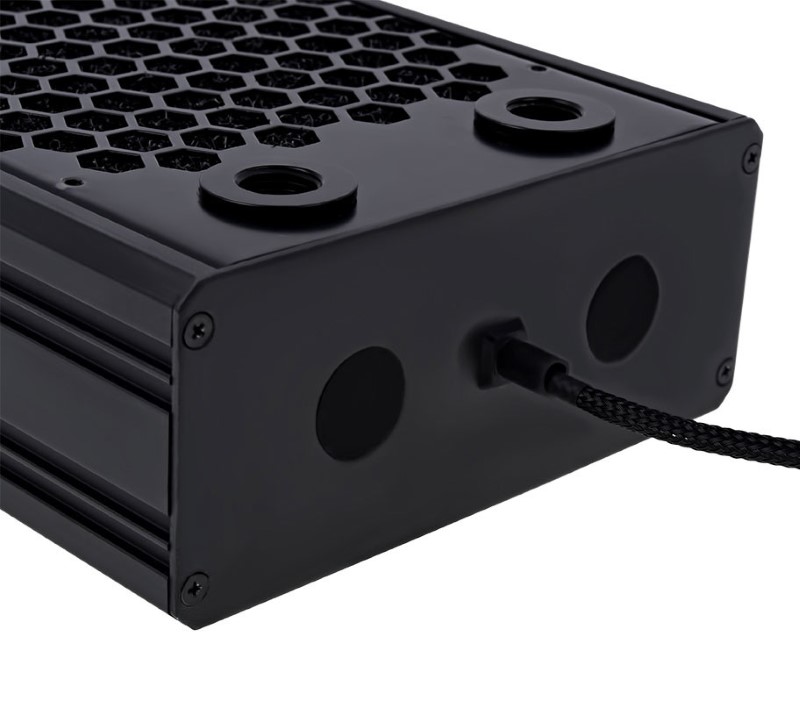 These new radiators will come in 120mm, 240mm and 360mm variants, with each version coming with blue LED illumination for the radiator's Alphacool logo.

You can join the discussion on Alphacool's Eisbrecher series of water cooling radiators on the OC3D Forums.

RickPlaysWarr
Nice, but how much extra space needed for the pretty shell. I used 2 x Alphacool 360 slim radiators in my H440 build because of the dimensions. Small end tanks and not much extra space were required in that build.

AlienALX
That's gorgeous. Looks more like a LP power supply than a rad

Kilbane
For a moment there I thought you had put a photo of a laptop power adaptor .......... not a fan unfortunately.Quote

SuB
Its an interesting concept, but tbh I'd rather have all the extra space taken up with fins than all that gubbage, it's a looker for sure but a performer? we'll see.

The revolutionary air spacey out sponge stuff is.. just .. pump filter spong isn't it? (from the image anyway)Quote
Reply