Update - AMD has confirmed that these new 6-heatpipe Wraith Prism coolers are counterfeit models that have been created by a 3rd party. This 3rd party has copied AMD's design and has misused AMD's logo and branding when creating these new fake-Wraith heatsinks.

AMD has released the following statement to PC Gamer.

It has come to our attention that third-party coolers using six heat pipes that are designed to look like an official AMD Wraith Prism solution, including the illegitimate use of AMD branding, are now entering the market. Please be aware that those solutions are not genuine AMD products and have not been tested and validated by AMD to meet our build quality and performance requirements. We are actively investigating the source of these products and will take necessary actions to enforce our rights to ensure users receive genuine AMD products. If you have any questions about the origin of a cooler, please verify the solution here.

This change was first spotted by XFastest, a Chinese hardware website, who noted that nothing else has changed for AMD's Wraith Prism heatsink, as the cooler offers users the same number of cooling fins and no changed to the cooler's RGB lighting effects.

At this time it is unknown how AMD's new six-heatpipe Wraith Prism coolers will be released to end-users. This cooler may be exclusive to specific regions, specific processors (AMD's high-TDP models), or be a full-on Wraith Prism replacement for all high-end Ryzen series processors.

Regardless of their reasoning, it is nice to see AMD upgrading its Wraith Prism cooler. Seeing products move to cheaper materials and lower-quality components is an all too common occurrence in the modern era, so it is nice to see that AMD is doing the opposite as its CPU market share grows. 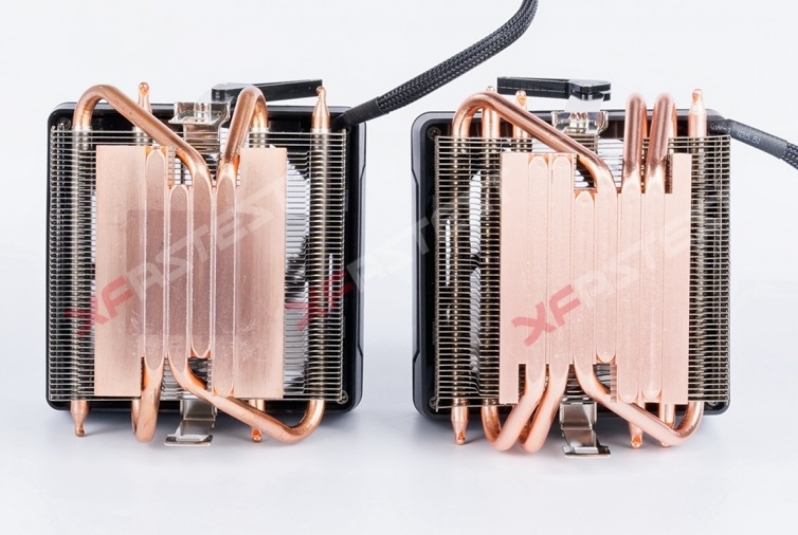 You can join the discussion on AMD's upgraded Wraith Prism heatsink design on the OC3D Forums.

Excalabur50
Six instead of four very nice and way better than the rubbish Intel give you if they give you one.Quote

Dark NighT
Quote:
As far as i know only with the non k cpu's these days?? Intel been so greedy, they can't even be bothered to offer a mainstream cooling solutions.


This looks decent tho for a stock cooler.Quote

m2geek
Its a shame it'll still have horrible bearing whine.Quote

Avet
They should stop wasting material, and not include cooler at all. Drop price for $20-30 so the people could buy Hyper 212 which is 11x better than the stock cooler.Quote

The CM Hyper 212 performs essentially identically to the old (Cooler Master designed & manufactured) AMD Wraith and with a more intrusive form factor so I don't think that really holds water. Though I don't think most models come with these anyway.Quote
Reply