Antec has announced their new Rainbow series of 120mm RGB fans, which can allow users to choose between 7 individual colours or a cycle through a 256-colour gradient.
This new fan comes with an MSRP of €14.90 and is designed to offer quiet operation with a maximum speed of 1200 RPM and come with maximum noise levels of 24.8 db-a. This new fan will use a hydraulic bearing to offer reduced friction and a longer lifespan and anti-vibration mounts to reduce noise.
Antec 's new 120mm RGB fans will come with a 2-year warranty and can offer static colour, a breathing effect, flashing mode and can be controlled with a simple colour control button.

The Antec Rainbow 120 fan features RGB LEDs with the ability to choose between seven individual colors. To set custom effects easily, the user can simply cycle through the 256-color gradient, the breathing, and the flashing modes with the integrated lighting controller button. Thanks to its memory function, it is able to save the preferred selection so that the color mode set remains unchanged even after the PC has been turned off or rebooted. 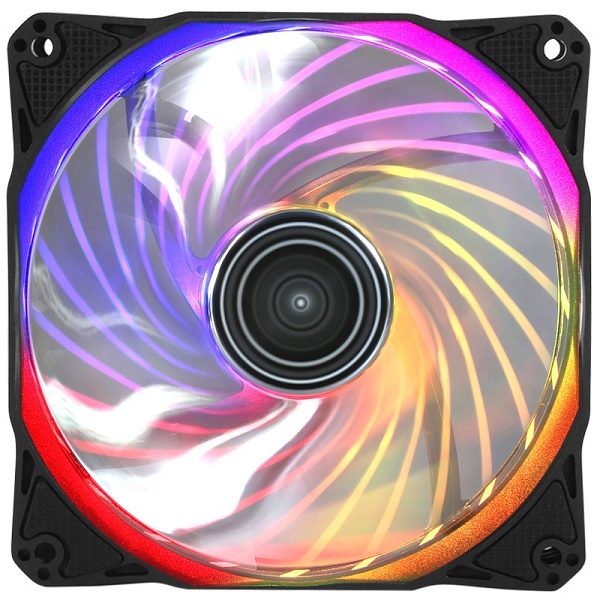 You can join the discussion on Antec's new 120mm series of RGB Fans on the OC3D Forums.