ARCTIC launches its "most powerful water cooler yet", the Liquid Freezer II 420

ARCTIC launches its "most powerful water cooler yet", the Liquid Freezer II 420

Arctic Cooling has revealed their "most powerful water cooler yet", a 420mm variant of their Liquid Freezer II, delivering users incredible levels of cooling performance at a low price of €119.99.

The Arctic Freezer II supports all modern processors and motherboards, including Intel's LGA 1200/115X/2011/2066 mainboards and AMD's AM4/AM3(+) designs. Unlike many competing liquid coolers, Arctic has integrated a small fan into their cold plate to provide additional airflow to the user's motherboard, improving motherboard thermals in the process. This fan is PWM controlled and can be set to whatever speed the user desires.

The only real downside of this gargantuan liquid cooler is its sheer size, with its 420mm radiator being too large for most gaming PCs. That said, large PC towers do exist, and a radiator of this heft will look great when any supported enclosure. It must also be noted that Arctic's €119.99 price tag is extremely affordable for a liquid cooler of this size. 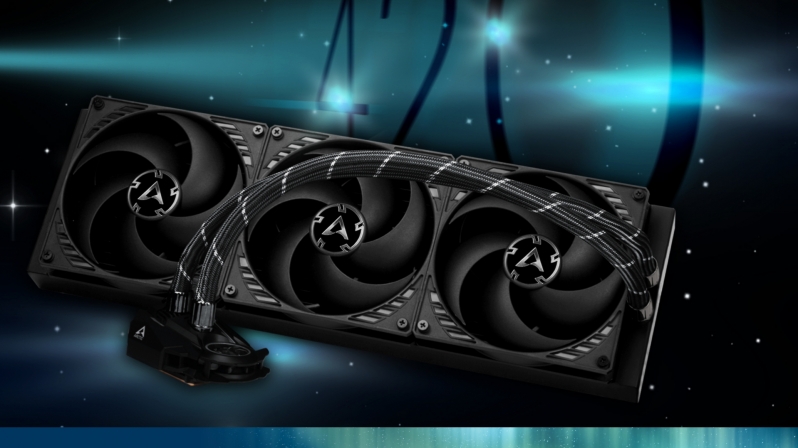 You can join the discussion on Arctic's Freezer II 420 liquid cooler on the OC3D Forums.

Deadtroopers
OOh aahhhghh Missus! I'll be grabbing a couple of those. Super Tower cases are my favourite. :-)Quote

Deadtroopers
Arctic's site seems to be up the wall, with conflicting cost info through out the check-out process.Quote

I'd LOVE one of these, but trying to get it send to New Zealand is a freakin Nightmare.Quote
Reply