420mm of CLC goodness for Threadripper!

The boffins over at ASUS' hardware labs have been cooking up a new Closed-Loop Liquid Cooler (CLC) design for AMD's new TRX40 platform, a water cooling all-in-one that can handle the strain of AMD's Ryzen Threadripper 3990X processor.

During their CES 2020 keynote, AMD unveiled its 64 core Ryzen Threadripper 3990X, a processor that has no equal. No other X86 processor offers this many cores on a single socket, making this processor unique, both in terms of its capabilities and its potential.

With such a large and core heavy design, manufacturers of cooling solutions will need to rethink their TRX40 heatsink and liquid cooler designs, as the Threadripper 3990X is a lot of CPU to cool. With their TRX40 concept cooler, ASUS seems ready for even the Threadripper 3990X, offering users a 420mm radiator (3x140mm) and three Noctua NF-A14 PWM fans. Combine that with a TRX40 specific block design, and we have a lot of cooling potential on our hands. 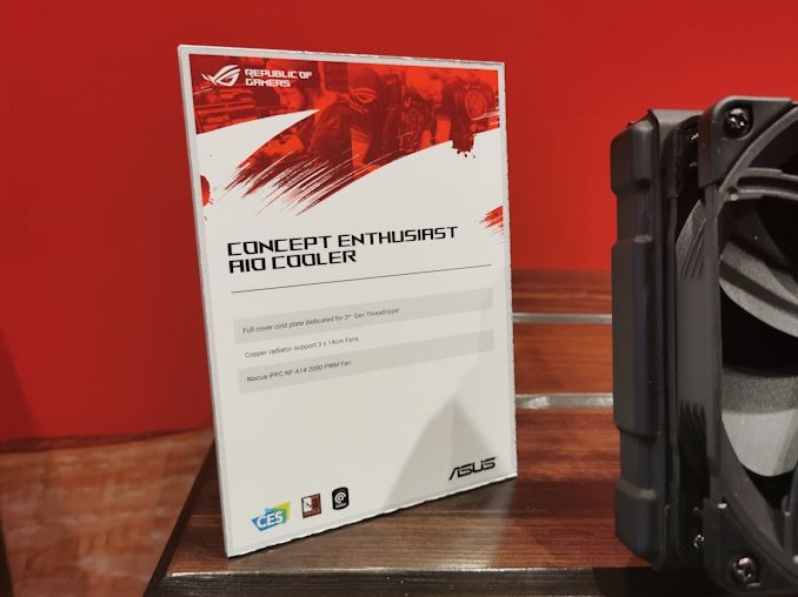 If AMD's Threadripper 3990X offers extreme levels of performance at stock, one has to wonder what will happen when it is overclocked on a high-end motherboard and is cooled by a capable enough heatsink of All-In-One (AIO) Liquid Cooler. This could be the heatsink that tests that theory, assuming ASUS ever releases it.

As a concept design, there is always the chance that this CPU cooler will never make it to market. Even so, we hope that ASUS is crazy enough to build something that will cater to Threadripper 3990X overclockers, as we really want to see the fullest potential of AMD's most powerful processor. 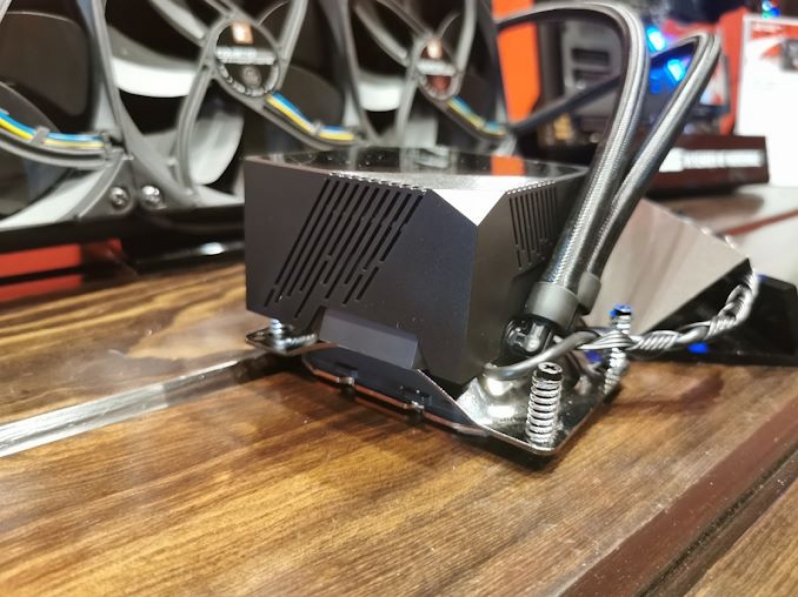 On the CPU block of ASUS' concept TRX40 cooler, AMD offers users the same OLED display as the company's Ryujin series AIOs, though the unit has integrated no RGB lighting. The block features a cold plate that can cover the entire IHS of AMD's Threadripper series processors, which is a must for cooling such a gargantuan processor.

Hopefully we will see this CPU cooler become available shortly after AMD's the release of AMD's TRX40 flagship, though I guess that we will have to wait and see. 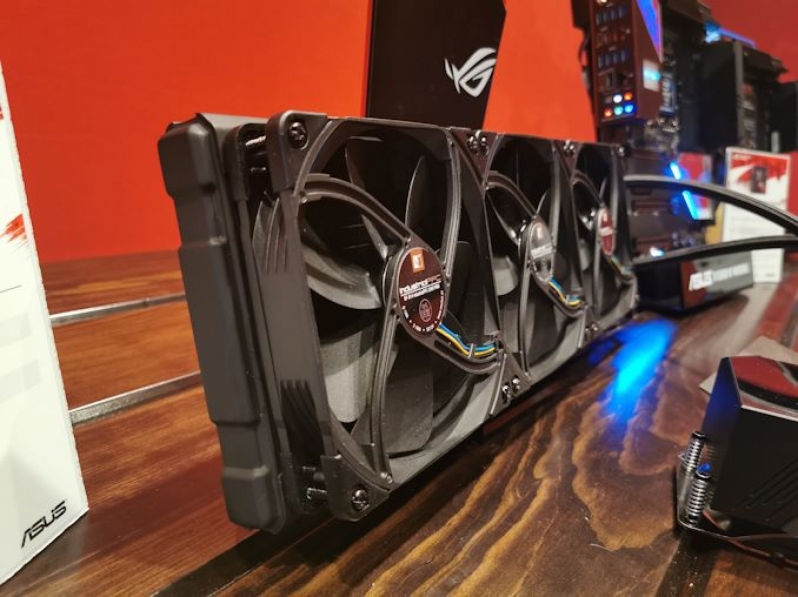 You can join the discussion on ASUS' TRX40 Concept CPU Cooler on the OC3D Forums.

NeverBackDown
420mm is great but not many cases I feel like would support it?

I do give them props though for using Noctua Fans instead of cheap $4 fans. This AIO is probably going to be perfect, and expensive!Quote

m2geek
Quote:
Would fit nicely in the front of my Phanteks P600S

KainArkanos
Quote:
If you are investing in TRX40, you can definitely afford to invest in a case that can fit the proper cooling for it too.Quote
Reply