ASUS has confirmed that their All-in-One (AIO) CPU liquid coolers are all ready for AMD's upcoming AM5 (LGA1718) CPU socket, which is due to launch later this year alongside the company's Ryzen 7000 series processors.

With socket AM5 comes some major changes for AMD, moving to an entirely new socket design, DDR5 memory, and PCIe 5.0 connectivity. AMD's 600-series AM5 motherboards will be next-generation in every respect, with these motherboards lacking support for AMD's older AM4 compatible processors and DDR4 memory modules.

Thankfully, AMD has designed their AM5 CPU socket to support many AM4 compatible CPU coolers without compatibility issues. This includes ASUS' ROG and TUF Gaming series CPU coolers, which can support AMD's socket AM5 without any changes to its mounting system. These coolers will support AM5 out of the box. 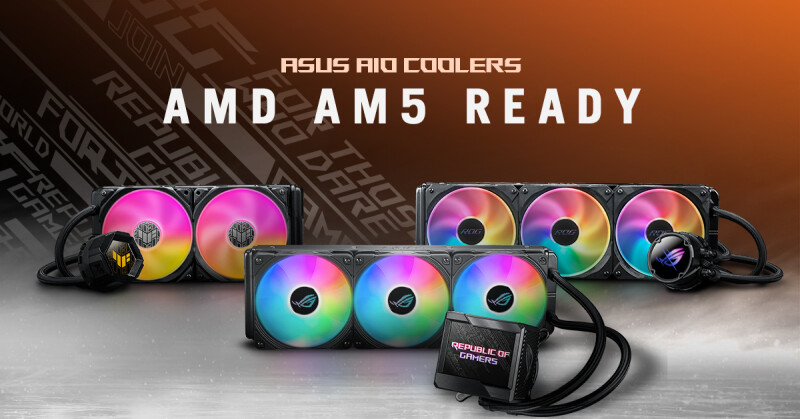 You can join the discussion on ASUS' CPU Liquid Coolers being AM5 ready on the OC3D Forums.

Below are the ASUS ROG/TUF Gaming CPU coolers that are confirmed to be Socket AM5 ready. 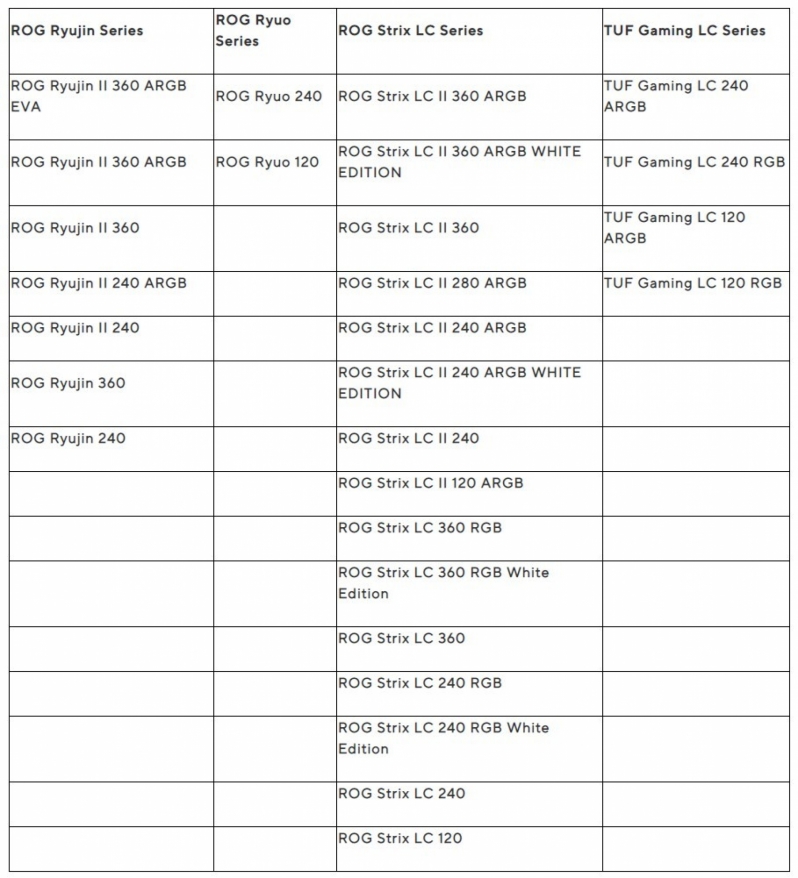