ASUS enters the fan market with its ROG Strix XF 120

ASUS enters the fan market with its ROG Strix XF 120

At the company's ROG Strix META BUFFS event, the ASUS announced that they would be entering the case fan market with their new ROG Strix XF 120 series fans.

With their new XF 120 fans, ASUS intends to offer PC builders versatility, offering 4-pin PWM control, and a design that's designed to be suitable for user with CPU heatsinks, liquid coolers and for chassis cooling. These fans are designed to operate at speeds of between 250 and 1,800 RPM, with support for a 0% PWM cycle off mode which users can utilise.

At this time, we do not pricing or a release date for ASUS' ROG Strix XF 120 fans, though we do know that ASUS plans to release them in 2020 sometime in Q4. At the time of writing, ASUS has revealed no plans to launch 140mm versions of their Strix XF fans.

The chart below highlights some of the specifications of ASUS' ROG Strix XF 120 fans. 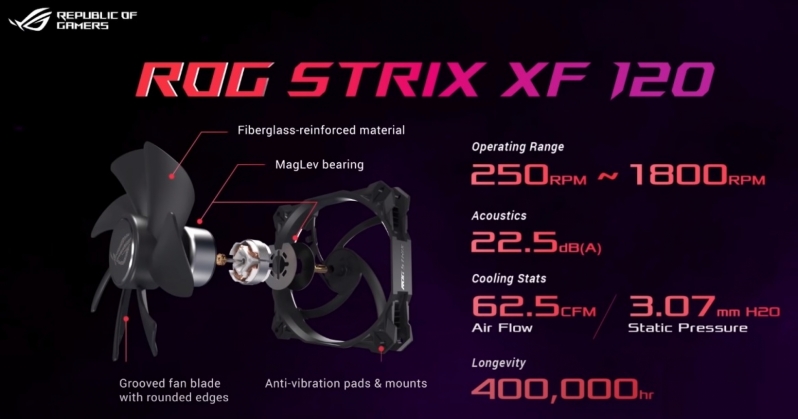