ROG has new 'Whisper-Quiet' fans for you to try

ASUS has officially launched their first standalone ROG fans, promising to deliver their users an "optimal combination of airflow and static pressure" as well as "whisper-quiet" noise levels.

ASUS intends to offer PC builders versatility with their Strix XF series of fans, offering 4-pin PWM control and a shape designed to be suitable for CPU heatsinks, liquid coolers and chassis cooling. These fans are designed to operate at speeds of between 250 and 1,800 RPM, with support for a 0% PWM cycle off mode, which users can utilise to eliminate fan noise whenever possible.

Design-wise, ASUS has focused on delivering the maximum possible airflow at low noise levels, which has been achieved using a minimised fan hub design, anti-vibration features, and optimised blade and frame designs.

The video below highlights some of the technologies within ASUS' Strix XF 120 case/radiator fans.

With their Strix XF 120 fans, ASUS has designed a premium cooling product, and we expect their pricing to reflect that. In January, ASUS confirmed that their ROG Strix XF fans would be arriving at retailers in April. ASUS fans can look at the ROG Strix XF120 on ASUS' official product page. 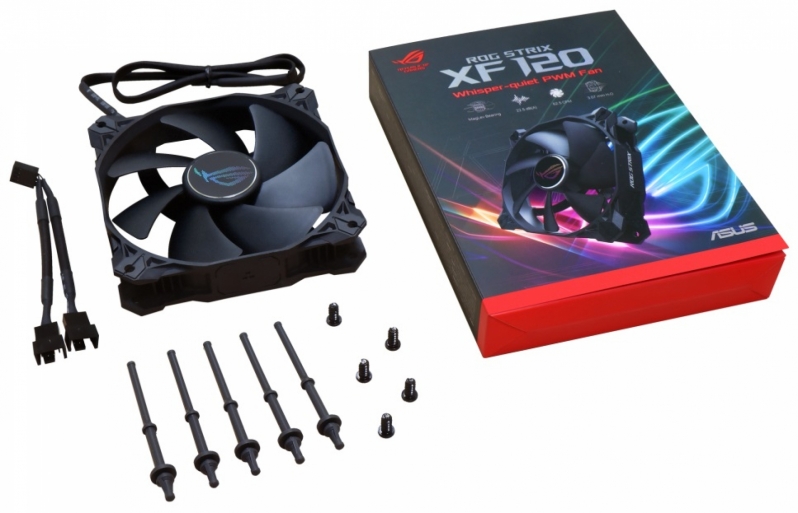 Dicehunter
Any money that the performance is mediocre and will cost more than top of the line Noctuas fans.Quote

NeverBackDown
Noctua pretty much only fans worth spending the "premium" brands costs. At least you get a quality one. Other brands just buy from one supplier then rebrand.Quote

Bartacus
I'm so glad I can buy no-frills PWM Gentle Typhoons with no RGB for less than $20CDN each. Life is good.Quote
Reply