An ROG cooler with an affordable price

At CES 2019 ASUS has announced a new entry into their liquid cooling lineup, one which will bring the pricing of ASUS' entry-level coolers to more affordable levels, removing the OLED screen while retailing the Addressable RGB lighting to adds an extra flair of customisability. These coolers make up the ROG Strix series of All-in-One Liquid coolers and will ship with both 120mm and 240mm variants.

ASUS has partnered with Asetek to build their new Strix series coolers, utilising their 6th-generation pump technology and reinforced sleeved tubing. ASUS' LiveDash software can be used to control the cooler's lighting, and owners of ROG motherboards can use ASUS' FanXpert software to configure the unit's fan speeds, allowing them to dial in a custom fan curve that can respond to CPU temperatures.

The pumps on ASUS' ROG Strix units will feature sixteen addressable RGB LEDs, which are diffused around the cooler so that the lights from each can mix to create a subtle gradient effect.  ASUS' Aura Sync can be used to synchronise the cooler's lighting with other compatible components. 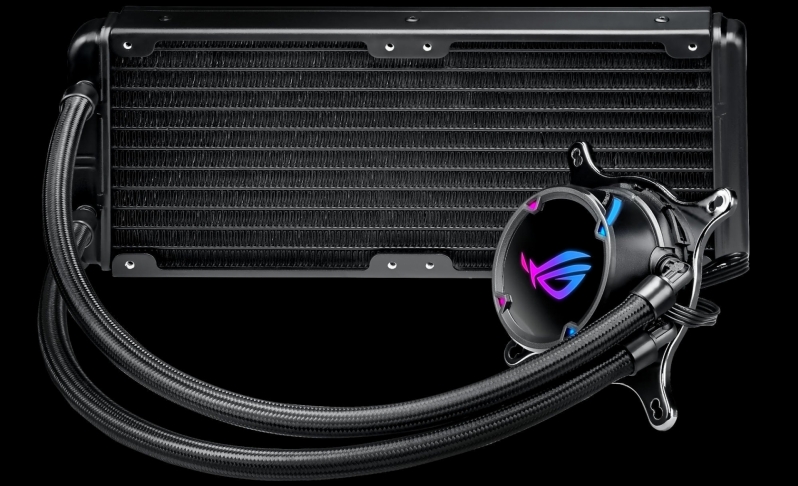 You can join the discussion on ASUS' new ROG Strix series of All-in-One Liquid Coolers on the OC3D Forums.

Giggyolly
This looks way better than those awful ones with the led screen on the block. keep it simpleQuote

WillSK
Do we know what OEM this is? Will def be interesting to see how it compares tot he RGB Platinum from CorsairQuote

looz
That's because it is Asetek.Quote

WYP
Quote:
It says so in the article. "ASUS has partnered with Asetek"Quote
Reply