This motherboard isn't much more expensive than someThreadripper (non-pro) motherboards

ASUS has officially revealed their first AMD Ryzen Threadripper PRO motherboard, the WS WRX80E-SAGE SE WIFI, and you'd be surprised how affordable it is given its feature set.

With 16 power stages, Dual 10Gb LAN, Seven PCIe 4.0 x16 slots, four PCIe 4.0 M.2 slots, WiFi 6, 8-channel memory and support for CPUs with up to 64 cores, this motherboard is an absolute beast. Better still, the European MSRP price for this motherboard is €868 in Germany, according to Andreas Schilling, Editor of HardwareLuxx on Twitter.

AMD's Threadripper PRO platform is all about giving Threadripper users more options, surpassing the limitations of AMD's other Threadripper offering by offering more memory channels, more PCIe slots and support for more types of server-grade DDR4 memory. With Threadripper PRO, AMD is offering its users more bandwidth, more connectivity and the potential to utilise an insane amount of memory. This is exactly what he workstation market needs. 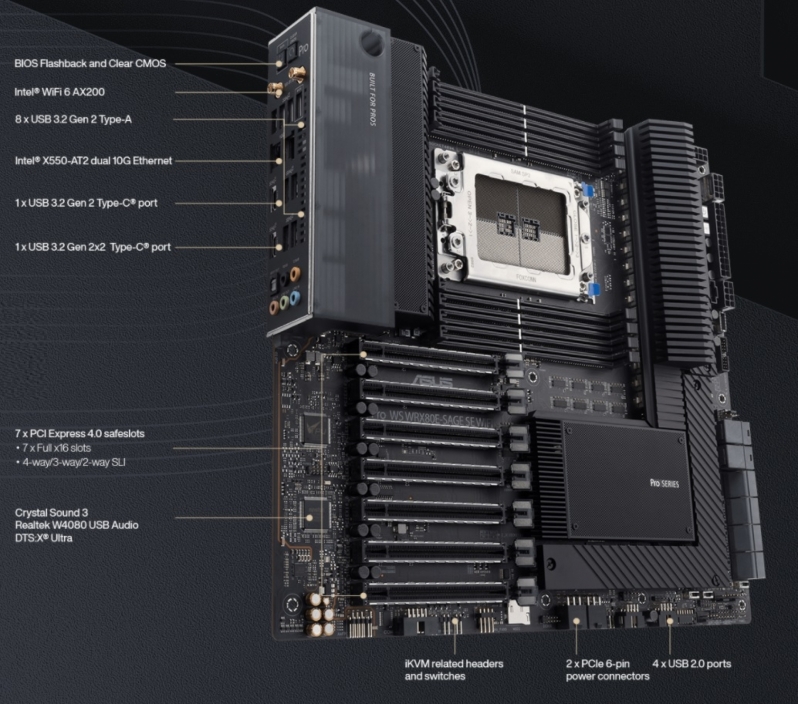 You can join the discussion on ASUS' Threadripper PRO WS WRX80E-SAGE SE WIFI motherboard on the OC3D Forums. 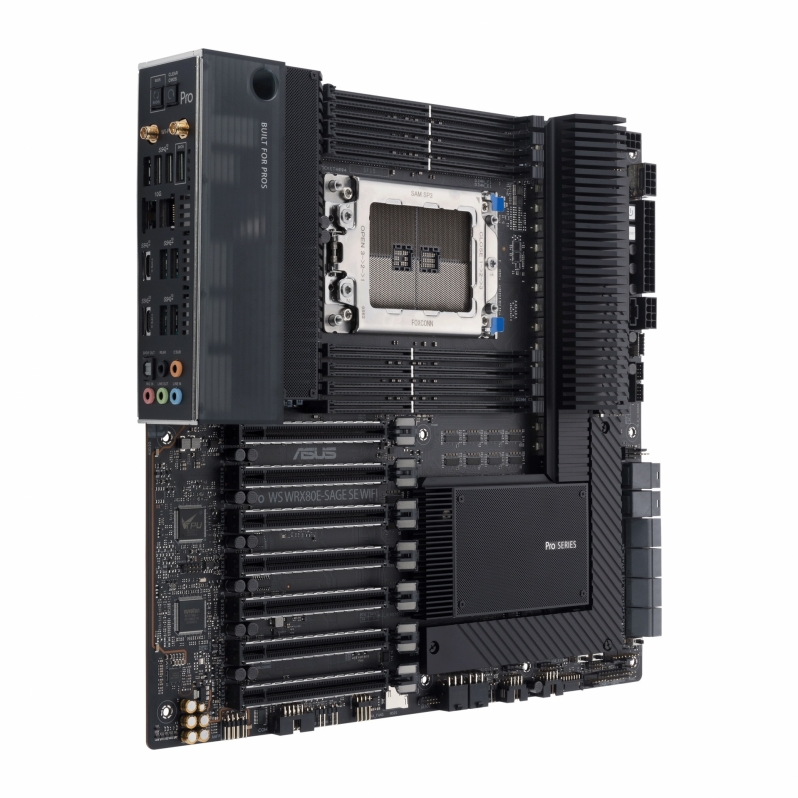 looz
Well that is a good looking motherboard! Not to mention the full array of PCI-E 16X slots.Quote

I reckon they see missing a 1 in front of the 8. This has dual 10GBe using Intel, dual U.2, nice array of USB, latest out of band Mgt and even threw in some WiFi and sound. The only wasted space is the SATA ports.

Have to see pricing of the TR Pro's but I have a feeling that I might have one of these before the year is out.

Checking a lot of boxes.Quote
Reply