Should they have made the fan white?

Be quiet! has just launched its Shadow Rock 3 White, a new edition of their Shadow Rock 3 heatsink which features a white/black design scheme instead of the silver/black colour scheme of the original.

In essence, be quiet! has painted their heatsink white, offering users a contrasting colour scheme which will look better than the company's original design within some PCs. Thankfully, this colouring doesn't come at the cost of performance, with the Shadow Rock 3 White retaining its 190W TDP rating while offering "similar cooling capacity" to the heatsink's uncoloured original.

Like the original Shadow Rock 3, the cooler's white edition is designed to offer support for tall DRAM modules and to support all modern CPU sockets from Intel and AMD, with the only exception being AMD's colossal TR4/sTR4 Threadripper sockets.

When compared to its predecessor, the Shadow Rock 2, the Shadow Rock 3 boasts several redesigned elements, from the cooler's asymmetric design to deliver enhanced DRAM compatibility, an upgraded Shadow Wins 2 series fan to offer quiet operation and improved airflow, and an additional heatpipe to better transfer heat from modern processors.

With be quiet's radical redesign, the company has managed to almost half the weight of its Shadow Rock 3 by reducing the heatsink's fin count from 51 to 30. This change doesn't come with a penalty to cooling performance, but the heatsink's reduced mass will place less strain on motherboards and make the cooler easier to install.

Strangely, this white edition cooler lacks white fans, despite the fact that we know that Shadow Wings 2 White fans are available. Perhaps be quiet! wanted the contrast of that an all-black fan, though we believe that having a white fan would have set this new model apart from be quiet's existing Shadow Rock 3 heatsink. 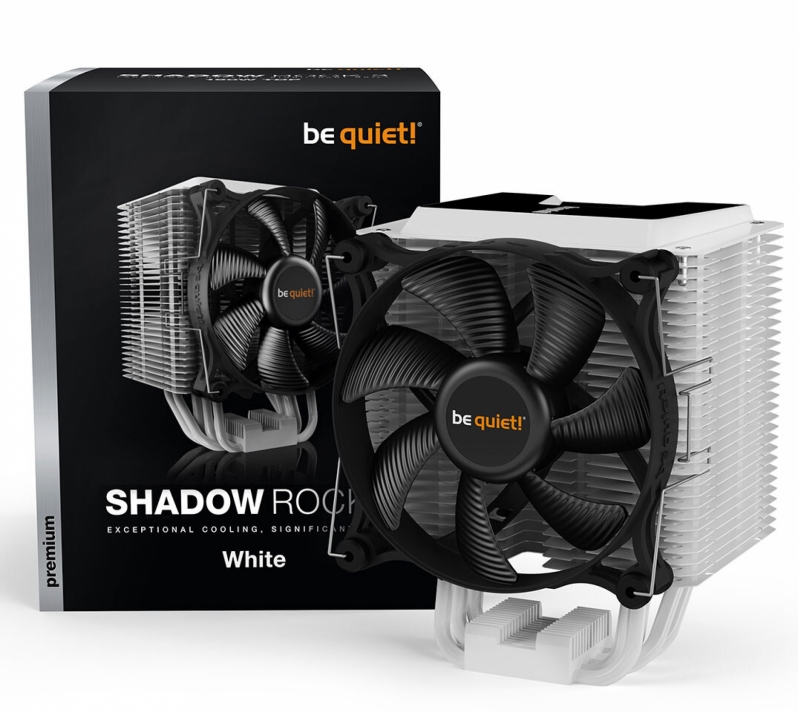 You can join the discussion on the be quiet! Shadow Rock 3 White CPU Cooler on the OC3D Forums. 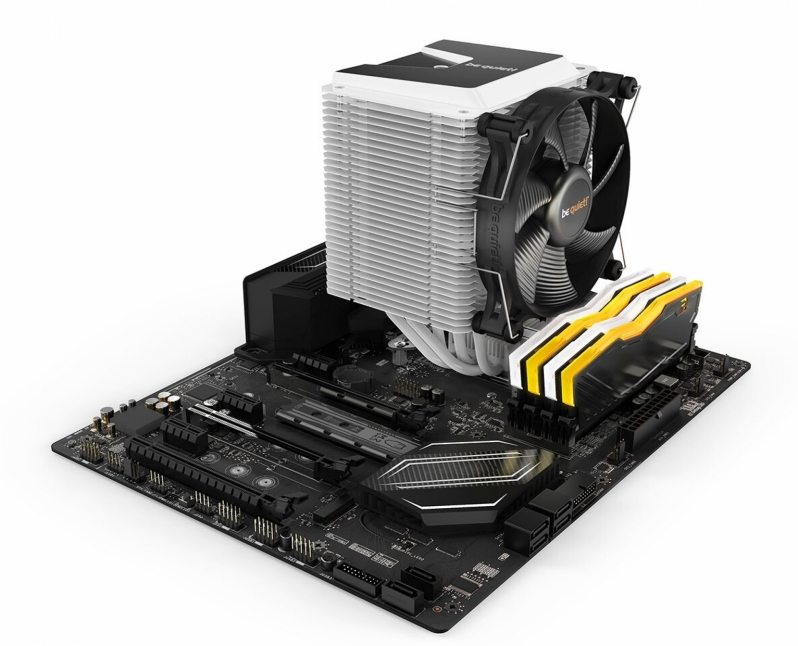