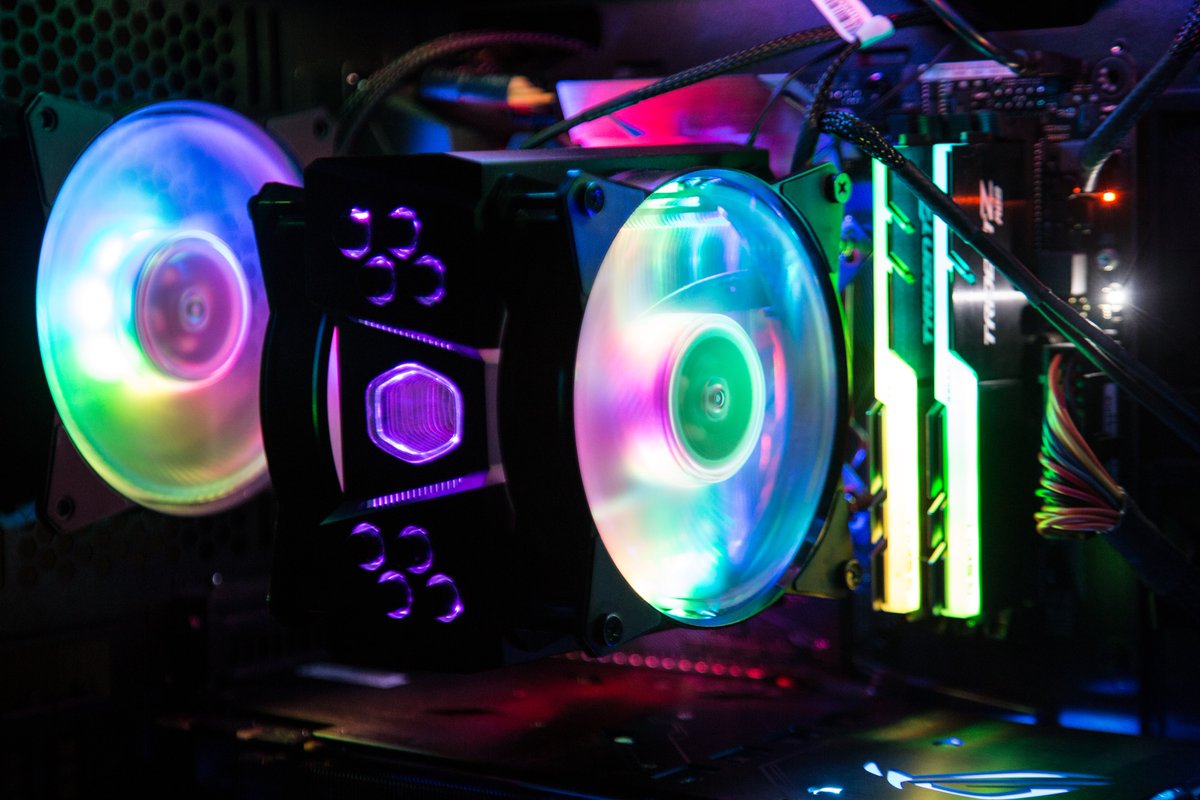 Please note that the fans included with the MasterAir MA410M do not offer RGB LED functions, with the RGB illumination of this heatsink being controlled directly using four RGB LED strips that are integrated into the heatsink's Air-Guide Armor cover.

The thermal detection probe that is included in this RGB cooler sits around the heatsink's base, with Cooler Master offering users the ability to define your system's lighting colour through your CPYU temperature. When this mode is active, blue lighting means cold and red lighting means hot, quite simple.

Using Cooler Master's RGB controller users can allow the control to be given to motherboards that support addressable RGB LEDs, set the controller to thermal detection mode, change the speed of specific lighting effects and to select specific RGB controller/lighting modes. 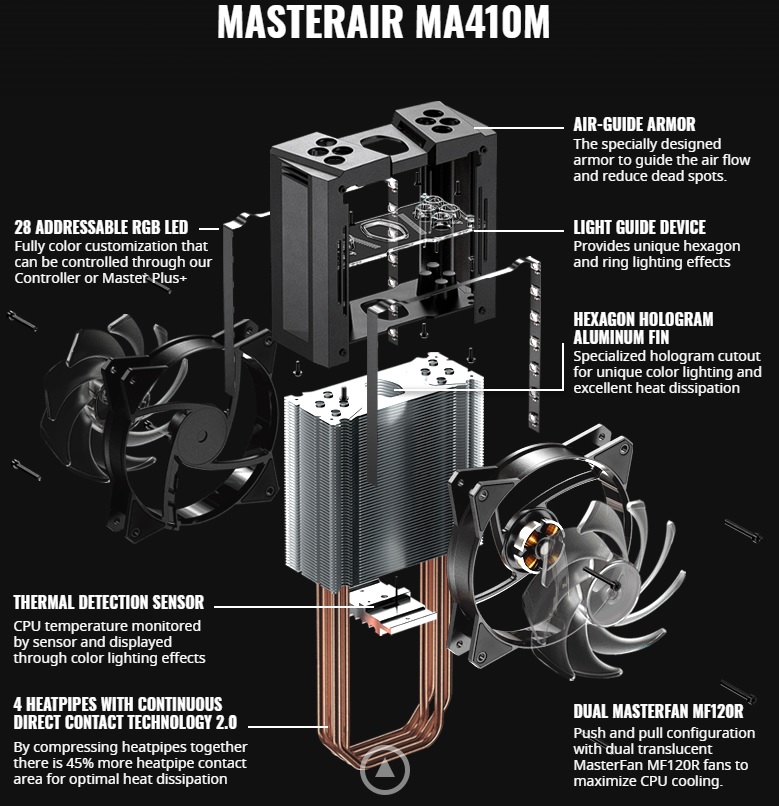 You can join the discussion on Cooler Master's new MasterAir MA410M Smart RGB CPU cooler on the OC3D Forums.