This frame is versatile!

As part of their 2021 Virtual Showcase, Cooler Master has launched their MasterFrame 700 open-air PC chassis, a highly customisable enclosure which can be used as a "flexible test bench", a will mountable "showcase PC chassis" or as an open-air frame enclosure.

Cooler Master has designed this hinged chassis to be easily disassembled by users, allowing all parts of this enclosure to be modified, painted or wrapped with ease, allowing users of this enclosure to easily modify their MasterFrame 700. Fans of liquid cooling will also be glad to know that this chassis can support up to three 360mm radiators simultaneously at the top, left and right sides of this chassis.

The MasterFrame 700 is designed with versatility in mind, with a planned shipping date this month and an estimated MSRP of €169 in the US.

The MasterFrame 700 is a highly customizable open-air frame that can convert between a showcase PC chassis or a highly flexible test bench.

MasterFrame 700 features a 3-part design consisting of two side wings and a fully featured motherboard tray. Four specially-designed friction hinges hold the side wings to the motherboard tray, allowing both full range of motion during assembly and stability when built, perfect for custom water-cooling loops.

In open-air frame mode, the MasterFrame 700 stands vertically to best display the components behind its panoramic tempered glass screen. The chassis offers an unmatched level of hardware compatibility, allowing for easy-fitting of oversized components.

In test bench mode, the side wings can fold down towards the CPU socket and GPU areas to allow to localize the airflow to the components, especially useful when overclocking. The wings also serve as spots to hold triple-fan radiators and other accessories, and thanks to their full range of mobility, swapping components while keeping the cooling solution in place is now easier than ever.

MasterFrame 700 can be easily customized due to its teardown-friendly design. Every component can be disassembled for custom paint jobs and modifications. Make It Yours! 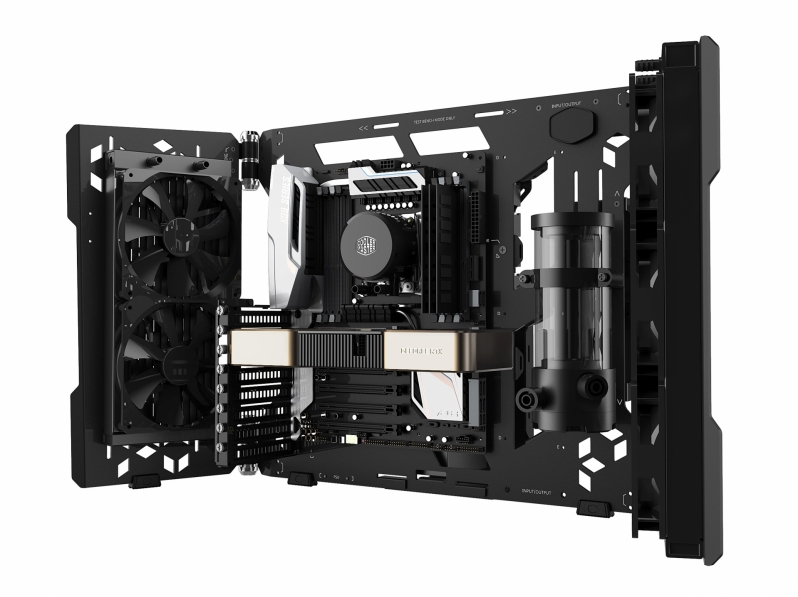 Using a 100 x 100mm VESA mount, users of the MasterFrame 700 can wall-mount their PC to highlight their showcase builds and save desk space. Users should be warned that they will need a sturdy wall mount and strong fasteners for their wall to carry a heavy liquid-cooled PC.

At the top of the MasterFrame 700, Cooler Master has included two USB 3.2 Gen 1 Type-A ports and a single USB 3.2 Gen 2 Type-C port and a single 3.5mm audio headset jack. The enclosure also has space for up to four 3.5/2.5 inch devices or a total of seven 2.5-inch drives. Behind the MasterFrame's motherboard tray is enough space for up to two full ATX power supply (up to 210mm long). The case can also support motherboards that are up to SSI-EEB in scale.

Below is a list of some of the MasterFrame 700's key features;

- Premium Variable Friction Hinges – Heavy duty hinges hold the side wings to the mid-frame and allow for smooth repositioning at any angle depending on the user’s needs. Allen keys are included to adjust the tension of the hinges to make it easier to move or allow the side wings to hold heavier parts. This level of flexibility is a key factor for users creating extremely unique water-cooling loops and setups.

- Open Air Design – The open-air nature of the design provides unrestricted access to fresh air to all components in the system. The optional fan mounts allow to further guide the airflow path to a specific intake/exhaust direction, thus preventing performance-robbing heat recirculation.

- Un-matched Hardware Support -  For its size, MasterFrame 700 sports an unmatched level of hardware compatibility. It is designed to fit any component available, even oversized ones. Users can mount up to SSI-EEB motherboards, multiple power supplies and multiple radiators at the same time and still have room for triple slots GPUs and storage.

- Test Bench Mode – Thanks to its modular design, MasterFrame 700 can lay down horizontally and transform into an ultra-featured premium Test Bench. Cooling and power components are installed out of the way of the motherboard area for interference-free installation of components.

- Panoramic Tempered Glass – The oversized panoramic tempered glass offers a greater viewing angle on the components of the system and, together with hardware-centric design of MasterFrame 700, it is the perfect way to showcase high-end components and custom cooling solutions.

- Built-In VESA Mount – The MasterFrame 700 can be wall mounted thanks to the inclusion of a 100mm x 100mm VESA mount. Perfect to showcase custom loops and high-end components. It is highly recommended to only wall mount systems below 14Kg in total.

- Designed For Customization – The MasterFrame 700 is designed with customization in mind. The 3-parts frame can be easily disassembled easily for painting, wrapping and other modifications. 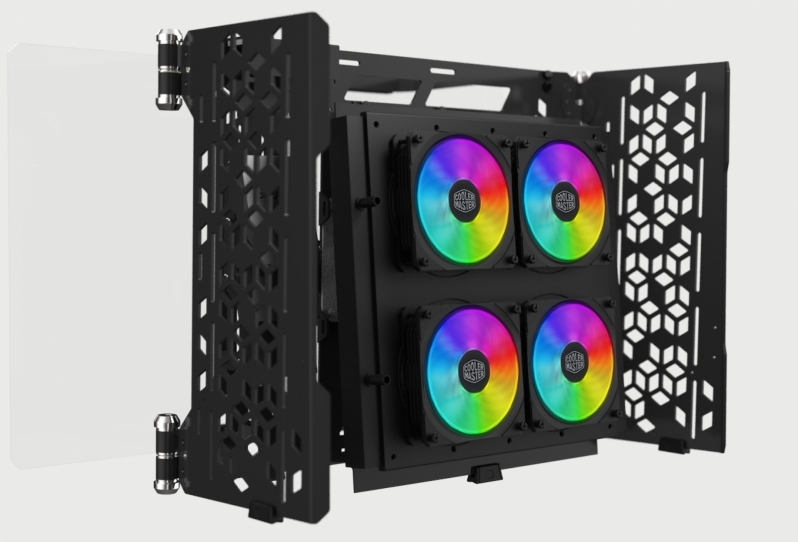 You can join the discussion on Cooler Master's MasterFrame 700 Open-Air Frame PC chassis on the OC3D Forums. 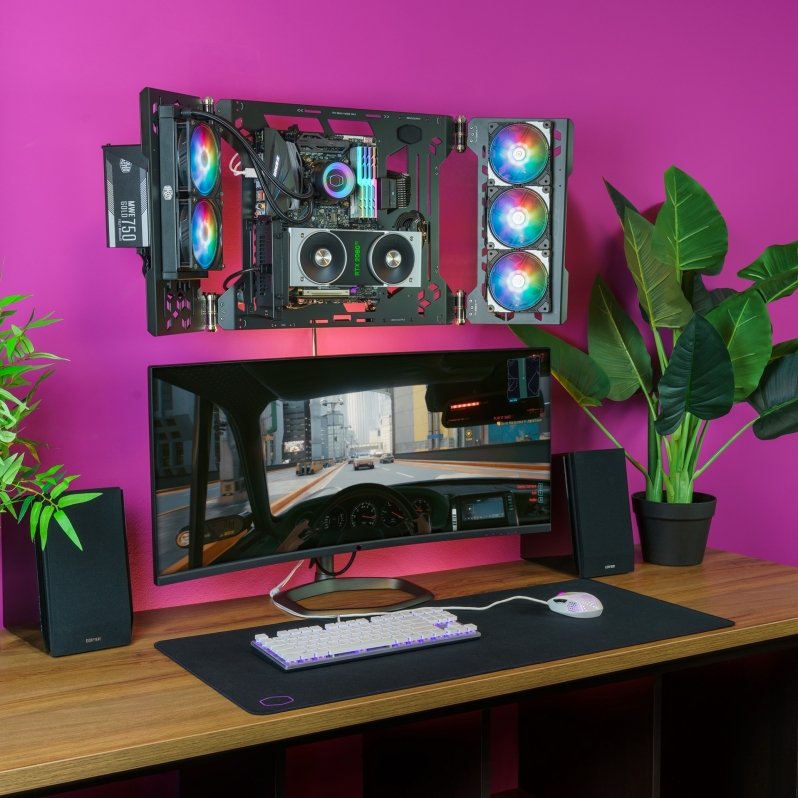