Cooler Master has officially released their first series of standalone ARGB fans, starting with both 120mm and 140mm models. Each fan will include eight individually addressable RGB LED, which can be controlled using a 3-pin ARGB motherboard connector or using each fan's included controller unit, which offers users ten pre-defined presets.

The MasterFan MF120R ARGB and MF140R ARGB will ship with a basic control system, though purchasers of Cooler Master's 3-fan MF120R ARGB "3in1" packs will receive an advanced ARGB LED controller, which can be controlled by several external factors. First, the controller has several pre-defined lighting presets, but the unit is also controllable using an external ARGB connection, like those that are available on modern motherboards. A temperature probe is also provided with this advanced controller to create temperature defined lighting profiles, which can be used to tell users how hot specific components in their system are.

Cooler Master's ARGB fans can be controlled using the company's MasterPlus+ software, or using the ARGB software that is included with supported motherboards.

MF-R series fans are built using a "hybrid design" that was created to offer an ideal balance between airflow and static pressure, making these fans ideal for heatsinks, AIO liquid coolers and as case fans, delivering enough versatility for seemingly every use case. 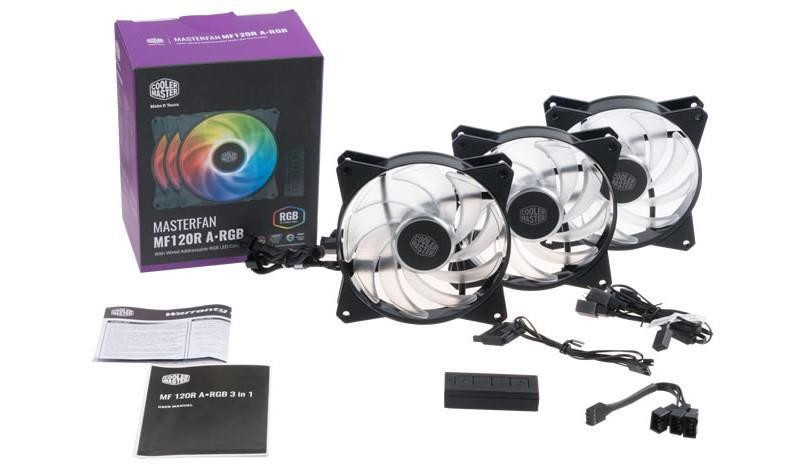 You can join the discussion on Cooler Master's MasterFan MF-R series of ARGB fans on the OC3D Forums.