So far Cooler Master's H-series of PC cases have supported the high-end of the PC market, offering price tags of £130 or over with their H500M offering a wallet-crunching price tag of £199, which is more than what most PC builders can afford.

The H500 will ship later this month with a price tag of £99, making the case a lot more affordable than its predecessors while delivering a similar aesthetic and a lot of room inside to work with. The inside of the enclosure is also visible through a tinted tempered glass window.

At the top of the case, the most notable change is the removal of the H500P/M's top window, which has been replaced with a magnetic dust filter. A carry handle is available at the front of the enclosure to allow the case to be easily transported, a feature which the H-series more costly offerings lack. The makes the H500 better suited for LAN parties than its more expensive cousins. 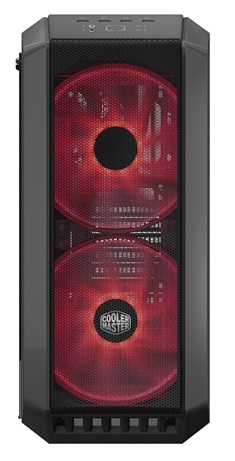 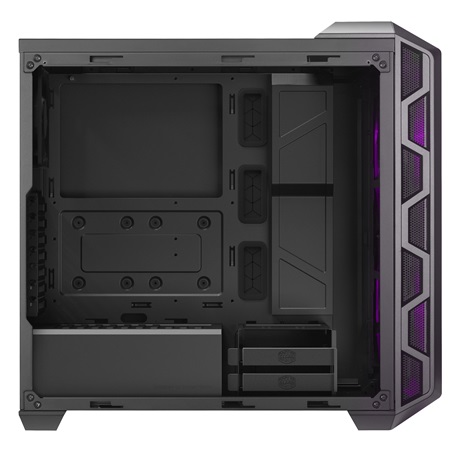 Like the H500M, the H500 ships with both acrylic and mesh front panels, allowing users to choose between unrestricted airflow and the clean appearance of clear acrylic. Users will be able to change to their preferred solution depending on their needs, unlike the H500P where the decision between acrylic and mesh needs to be made at the time of purchase.

Inside the chassis, Cooler Master has mounts for two 2.5-inch drives behind the board's motherboard tray and support for two 3.5/2.5-inch drive trays at the base of the case. On the case's front panel the H500 also offers support for two USB 3.0 ports and two USB 2.0 ports as well as other standard connectors.

The RGB lighting on the H500's dual 200mm RGB fans can be controlled using the case's integrated RGB controller, which can use an internal button to change the light's colour or be connected to the case's reset switch to offer an out-of-case switching option (though this prevents your reset button from rebooting your PC). A 3-way RGB splitter cable is included with the case, which can allow the user's fans to be controlled directly from your motherboard if it has integrated RGB headers. 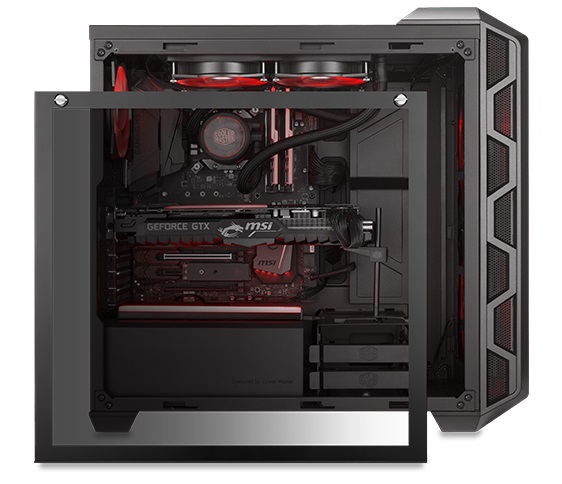 You can join the discussion on Cooler Master's H500 chassis on the OC3D Forums.

BigDaddyKong
Mine will be here next Wednesday.

Going to try an experiment and dump the custom loop and go all air cooled.Quote


You know what I mean.Quote