This article was possible thanks to information provided by Dicehunter on the OC3D Forums.

Cooler Master has unveiled their new MasterLiquid Maker 92 CPU cooler, combining the concept of an AIO liquid cooler and a traditional tower heatsink.

The MasterLiquid Maker 92 can be mounted as a Top-Down style cooler for an optimum motherboard and memory cooling or as a vertical cooler for greater chassis airflow.

Either way you put it, the MasterLiquid Maker 92 is working to move air. Drag more through the case in the vertical position or blast your motherboard to cool surrounding components in the horizontal.

The orientation of this CPU cooler can be changed at any time if the user wishes, allowing this cooler to be easily mounted into cases of varying shapes and sizes. 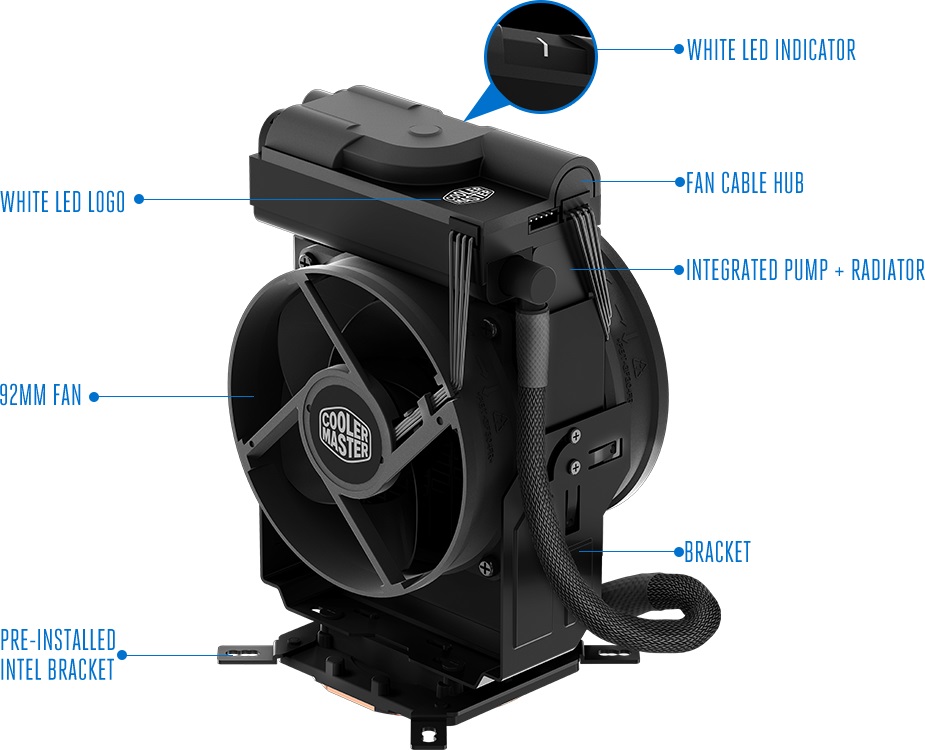 This CPU cooler from Cooler Master is cooled by two 92mm fans and will come with a 5-year warranty. This product is set to become available for Pre-order on August 30th.

You can join the discussion on Cooler Master's MasterLiquid Maker 92 CPU cooler on the OC3D Forums.

DarthDudo
I was looking forward to hear more about this, it looked like it could be a good SFF solution but even in it's horizontal mode it's 120mm tall. There are single tower coolers the same height which you can nearly guarantee will perform similarly or better and at a lower cost without any potential points of failure, definitely not the product I was personally hoping for but kudos to CoolerMaster for innovating and trying something new.Quote

Thelosouvlakia
It's looks even worse than that I've imagined!! Oh dear...Quote

shambles1980
it will efficiently transfer the heat in to the liquid. then after that it will be useless.
I didnt think they could make anything more pointless than the aio's we already have. Seems i was wrong. and just like Aio's some will buy them any way in the incorrect belief that they will provide more cooling than a hs/fQuote

RobM
It is an odd looking contraption, curious to know how it performs though I do think its uglyQuote

The_Governour
I was looking forward to see what they came up with - to be quite frank it looks horrible.... and will probably perform more or less. Would not want to have that in my tower though.Quote
Reply