Can Cooler Master take on Noctua?

Cooler Master's MasterAir MA624 Stealth has leaked onto the web through the retailer RAMBOXS (thanks @momomo_us), revealing a dual-tower heatsink which could be an answer to Noctua's legendary NH-D15 heatsink.

Unlike most dual-tower heatsinks, Cooler Master's MasterAir MA624 Stealth ships with three fans, giving users the option to use either a 140mm or 120mm fan at the front of the heatsink depending on the RAM clearance that they require.

This dual-tower heatsink is cooled using six evenly distributed heatpipes with a full coverage nickel-plated copper base, and a fin stack which is said to feature the "optimal combination of thickness and pitch between each layer to ensure maximum airflow through the heatsink. Even with its fans at full speed, Cooler Master's 140mm and 120mm SickleFlow fans are designed to maximise their noise output at 27 dBA, making these fans relatively quiet.

As this cooler's name suggests, the MasterAir MA624 Stealth offers users an all-black appearance, giving the cooler a similar look and feel to Noctua's Black Chromax series NH-D15 heatsink. The main aesthetic difference, in this case, is the cooler's top plate, which is designed to increase the heatsink's sturdiness. 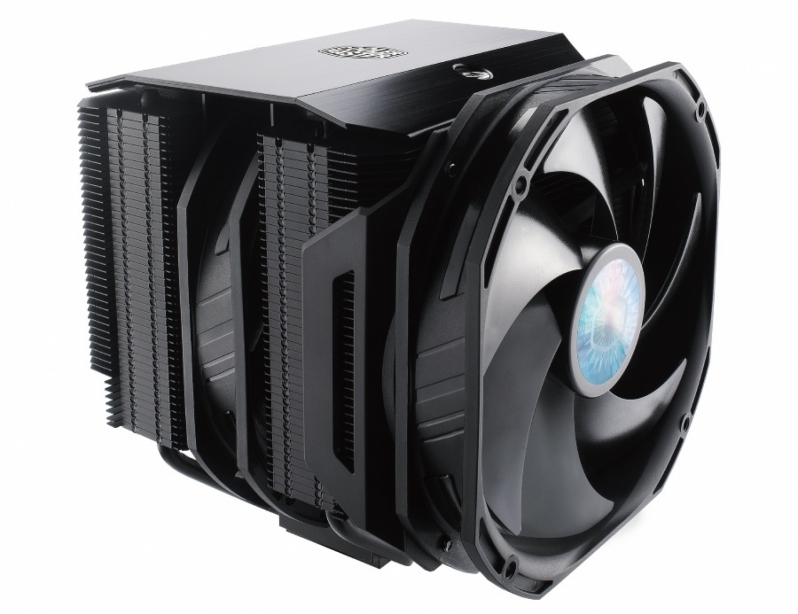 One of the critical aspects of this heatsink is that it gives its user options, shipping with all of the fans needed to ensure that users can have a dual-fan cooling configuration regardless of their RAM clearance. If you have tall RAM, you can use this heatsink's 120mm front fan, and if you have a smaller memory kit, you can use two 140mm fans for optimal cooling performance.

At this time, the pricing and release date of this new cooler is unknown. While the RAMBOXS listing of this cooler has a price tag, our past experience of similar leaks tells us that this early pricing leak is likely to be inaccurate. We expect to hear more about this heatsink from Cooler Master next week at CES 2021.

Cooler Master's MasterAir MA624 has been listed with support for all major sockets, with AMD's Threadripper and EPYC sockets being the only major exception. LGA 2066, LGA 1200, LGA 1150, AM4, AM3 and FM2 sockets are all supported. 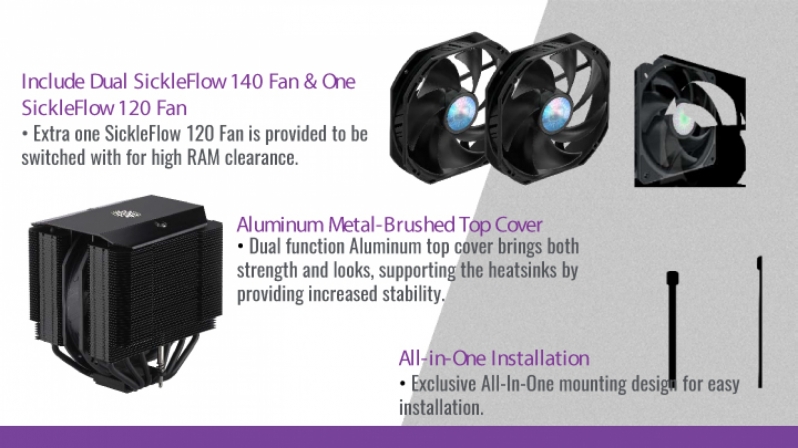 You can join the discussion on Cooler Master's MasterAir MA624 Stealth heatsink on the OC3D Forums. 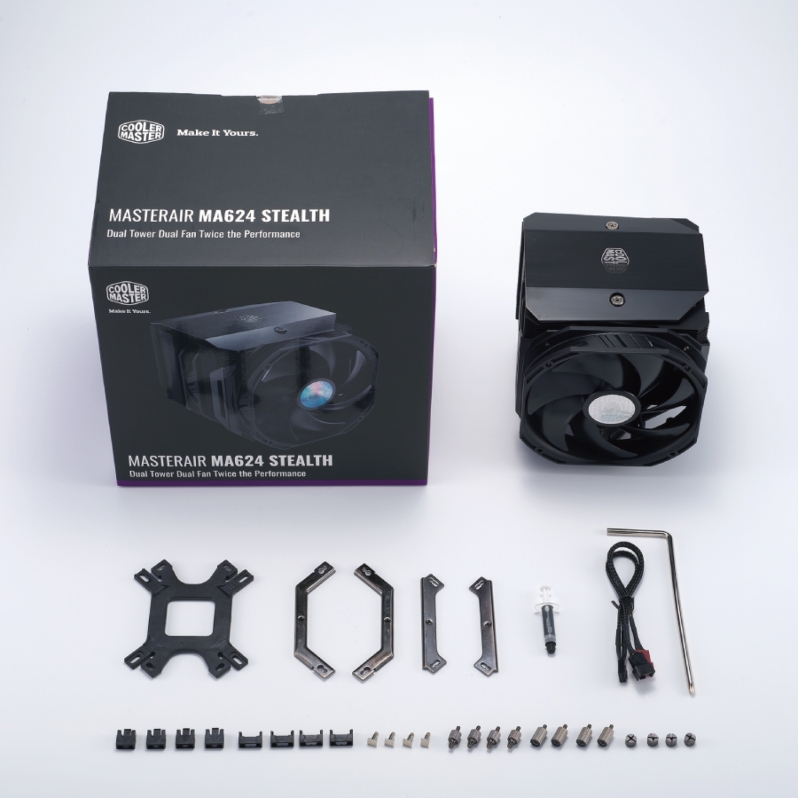 AngryGoldfish
Doesn't look anywhere near as nice as D15 Chromax.Quote

Dawelio
Quote:
That's subjective, personally I think I prefer this design over Noctuas.Quote

I'd like to see this CM in a system, but I have a soft spot for the clean metal and deep black colour of the Noctua Chromax range.Quote
Reply