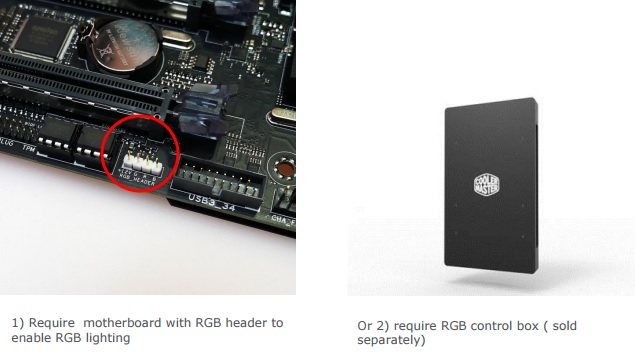 At this time Cooler Master has not announced when these new RGB fans will release to the public, though it is expected that they will release within the next few weeks to compete with other recent RGB fan offerings.

You can join the discussion on Cooler Masters' MasterFan Pro series RGB fans on the OC3D Forums.

Excalabur50
Whilst these look alright Inwin are releasing some this year where you can daisy chain them so no more messy cables!Quote

Greenback
I never like the bright glow in the centre, I think corsair went the right way with the HD120's having the lighting coming from the putsideQuote
Reply