Corsair has expanded its product lineup with several new white components, giving its customers additional options for their cooling and liquid cooling needs.

For starters, Corsair has release white versions of their iCUE QL RGB fans, which offer users 34 addressable RGB LEDs, which are split into four distinct groups to deliver a wide range of lighting options. These fans are now available with 120mm and 140mm size options, offering users PWM control and quiet operation.

Next up, Corsair has released a white version of its Hydro X series XC7 RGB CPU water block, granting users a different option to Corsair's existing black and solver coloured units. The benefits of this part's white design is that it can reflect the colours of your RGB lighting setup, making your system more reactive to your case's lighting setup, after all, white is a better reflector than black. 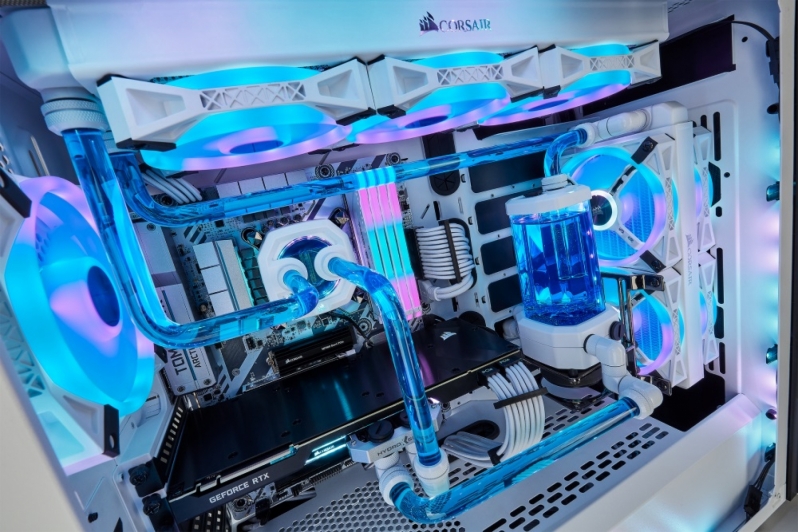 The last of Corsair's new white series components is the company's XD5 RGB pump/reservoir combo unit, which combines a Xylem D5 PWM pump, a 330ml reservoir and to addressable RGB LEDs into a single product. The unit is the same as Corsair's existing Hydro X XD5 RGB, but in white. The unit is small enough to fit into most water cooled systems, though PC builders who need a smaller reservoir should have a look at Corsair's smaller XD3 series pump/reservoir combo. 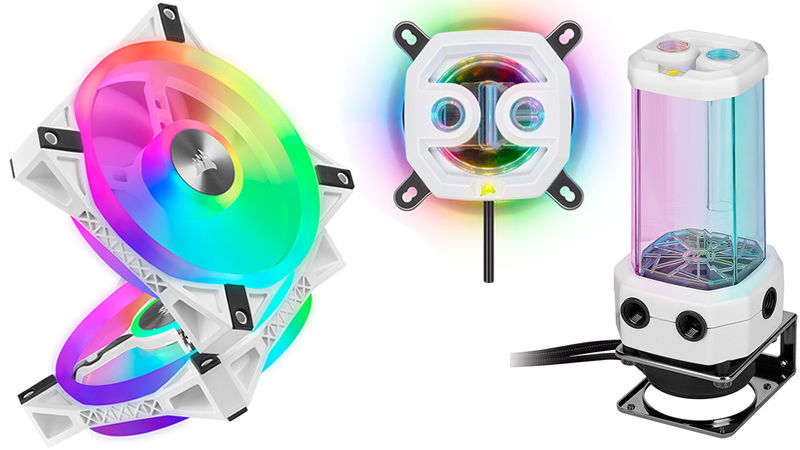 You can join the discussion on Corsair's new white series cooling products on the OC3D Forums.

Warchild
Quote:
It really does doesnt it? Glad im not the only one. Even the fittings look bland and uninteresting. At least if they are going for a true simple fitting design, make them flow seamlessly into each other so they look as one, without a thin gap inbetween each.Quote

g0ggles1994
Quote:
Aye, I believe there is a line between minimalistic and bland, and Corsair are definitely in the bland territory for their fittings. Everything else just screams 'cheaply made'Quote

AlienALX
Quote:
Watched a video of one of their kits and the knurling was so sharp it ripped off the reviewer's skin.

I've dealt with fittings like that. They were £1 each.Quote

Bartacus
Yup, no surprise there, Corsair sells cheap crap and markets themselves as 'premium', lulz. Pure junk, would not touch a single piece of it. If my Mom bought me this crap as a gift, I'd chew her out and return it, LOL.Quote
Reply