After the release of Intel's new LGA 1200 socket, Cryorig has been able to verify that all of their existing Intel LGA 115X compatible CPU coolers are ready for Comet Lake.

Unlike most other manufacturers, Cryorig appears to have waited until they had Comet Lake processors on hand to test its CPU cooling lineup, ensuring that their designs support LGA 1200. Better still, LGA 1200's use of the same mounting mechanism as LGA 115X will allow all of Cryorig's LGA 115X coolers to support Comet Lake without the need for upgrade kits.

Cryorig fans can now rest assured that their Intel-compatible CPU coolers will be ready for Comet Lake if they decide to upgrade. 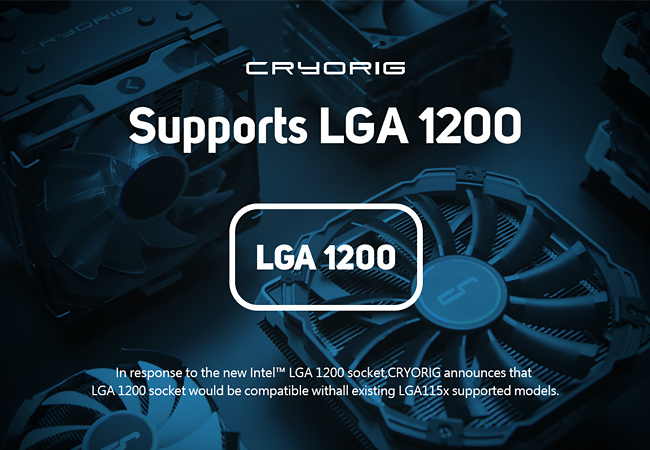 You can join the discussion on Cryorig's Intel-compatible CPU coolers all supporting LGA 1200/Comet Lake on the OC3D Forums.