CRYORIG has now released their new QF140 Silent and Pro 140mm fans, offering a high static pressure design which is suitable for both large heatsinks and water cooling radiators.
This new range will supplement CRYORIG's existing 120mm range of fans, coming with a standard black and white design and no LED illumination. This fan will use a high precision low noise fluid bearing to offer low noise performance, with integrated rubber dampers to eliminate vibration both going to or coming from your chassis.
CRYORIG's new QF140 fans will come in both "performance" and "silent" varieties, offering fan RPM ranges from 600 to 1850 and 200 to 1000 RPM respectively. Both fans will come with a molex power adapter, a mounting screw kit and offer a 6-year warranty if the user registers their fans. 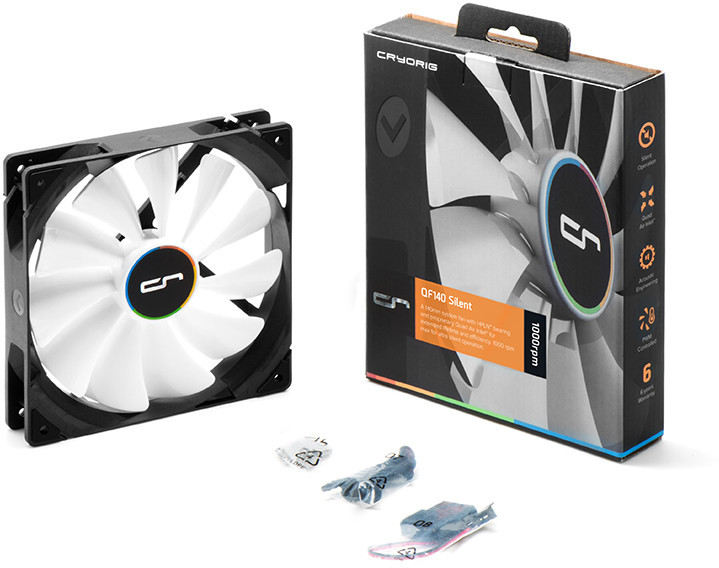 These fans will offer full PWM fan control, allowing users to easily define their fan speeds through software. Both CRYORIG's QF140 series fan versions will cost $14.99 in the US.

You can join the discussion on CRYORIG's QF140 performance and silent series fans on the OC3D Forums.