This dual-tower heatsink design weighs a colossal 1.45 kg and supports all major CPU sockets. The only exception to this in the consumer market is AMD's huge TRX40 Threadripper socket. DeepCool has confirmed that they have LGA 1700 socket mounts in the works for their CPU cooler lineup, including their new AK620.

The AK620 is 160mm tall and supports RA module heights of 43mm when in its dual-fan configuration. Single-fan setups will support larger DRAM module heights of 59mm, though this will reduce airflow over the AK620's fin stacks, decreasing the cooler's performance.

With fans that spin at speeds between 500-1850 RPM, DeepCool's AK620 is a relatively quiet heatsink. The company has stated that the cooler operates at 28 dBA when under full load at its top fan speeds, which is fairly quiet for a modern heatsink. Since most users won't be running their fans at 100%, users of DeepCool's AK620 can expect lower noise levels under most use cases.

DeepCool's AK620 heatsink will launch with an MSRP of $66.99 with a three-year warranty. Retail availability is expected soon in the US and Europe.

You can join the discussion on DeepCool's new AK620 CPU cooler on the OC3D Forums. 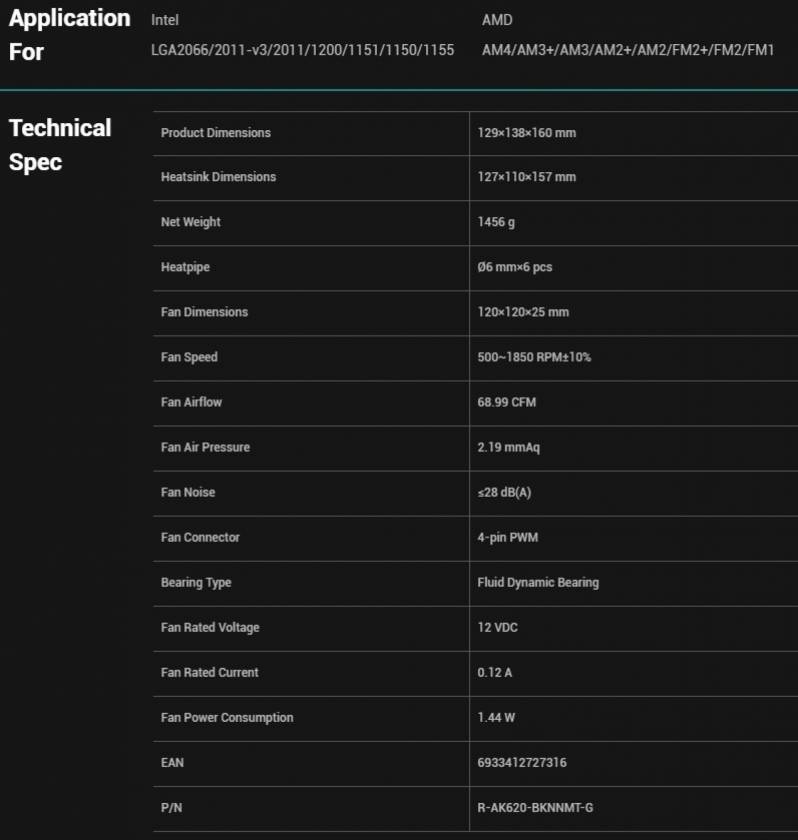