Intel's CPUs have gotten a lot hotter over the past few years, with the company's push for higher core counts and clock speeds resulting in higher levels of power draw and increased heat production.

When PC enthusiasts enter the world of high-end overclocking, clock speeds, power draw and heat production are further boosted, creating the need for cooling solutions which go beyond that for traditional liquid coolers and large metallic heatsinks. To push the overclocking market further, Intel and EK have partnered to create a new CPU cooler design which can cool their 10th generation processors to sub-ambient temperatures.

By using Thermo-Electic Cooling, EK can cool a processor to sub-ambient temperatures by moving heat into a traditional water block. This cooler design can help Intel users to achieve higher overclocks under sustained workloads without the need for more temporary sub-ambient cooling solutions. 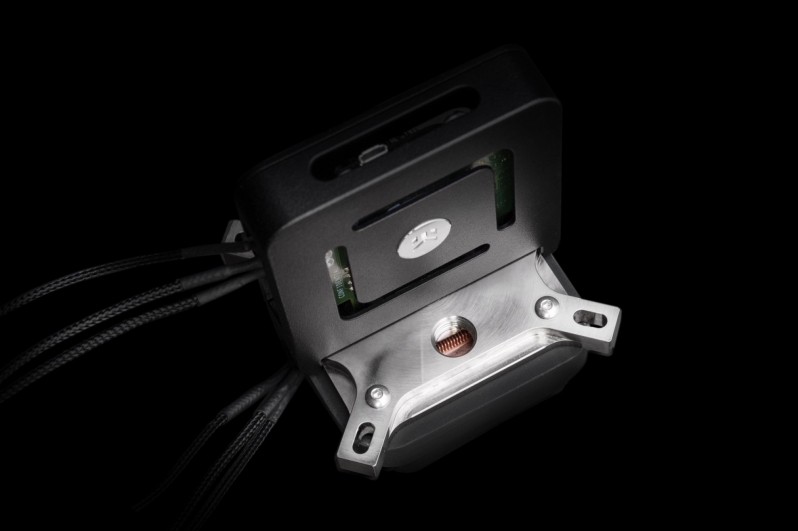 This heatsink is designed for a very niche market, and as such, this product has a large price tag associated with it. Thermo-Electric cooling is no cheap, and the low production volumes of this unit will prevent this product from benefiting from mass manufacturing techniques. This makes the EK-QuantumX Delta TEC €349.90, which is similar to the cost of a 10th generation i7.

You can join the discussion on Intel's QuantumX Delta TEC Water Block on the OC3D Forums. 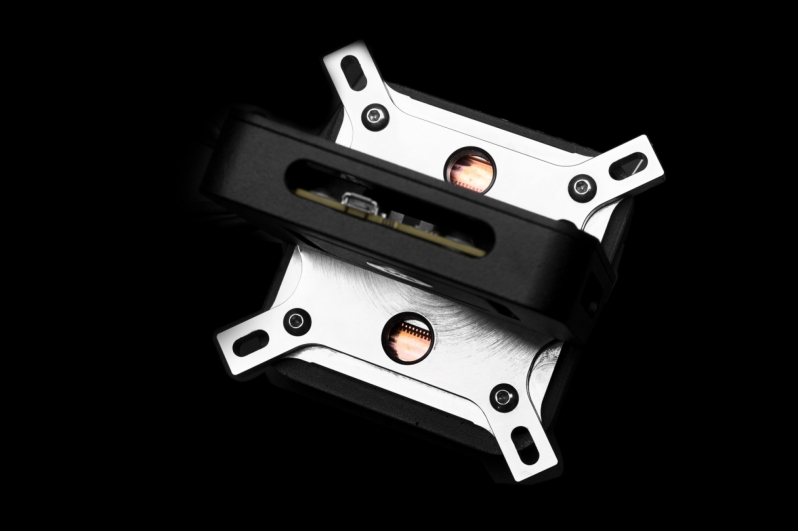 Warchild
Wonder if this could effectively cool the GPU too given a customer water loop.Quote

AlienALX
CM are working on a 360mm AIO. It's set to cost about twice a normal AIO.

WC, in answer to that, no. The issue is because the TEC outputs 200w of heat on the hot side a 360 is barely enough for a CPU. I mean, you could probably get around it with more rads maybe.....

Problem is these have rubber skirts to stop moisture. So you would also need to come up with a way of doing that on the GPU WB also.Quote

AlienALX
Quote:
Watch Linus' video today. He explains it. They will have a controlled mode where the CPU can't go down below dew point, and an extreme mode where you accept that it may cause condensation. Most of the condensation will be in the middle of the hot and cold zone, hence the rubber skirt.

It's all ran by Intel's latest version of XTU. So it should be perfectly safe.

That is probably why there is no mention of AMD anywhere, because they are probably chuckling right now.Quote

Warchild
Quote:
What i was thinking was if it was possible to use this tech to cool the water to a degree its still flowing successfully through a loop and thus allowing more heat removal via coolant. Leaving the TEC firmly attached to the CPU, but allowing that temp drop to assist in heat dissipation from the GPU via the loop itself. Would have been interesting considering im running 2x 480 rads at the moment.

Then again... its probably incredibly unnecessary since im way below thermal limits anyway. Curiosity got the better of me.Quote
Reply