ENERMAX has officially revealed their new T.B.SILENCE ADV series of PWM fans, utilising the company's 2nd Generation blade and frame designs to offer features which are almost unheard of within the industry.

These new units will ship with 120mm and 140mm variants, offering an "optimised" low starting speed of 300 RPM and deliver a maximum speed of 1500 RPM. Noise-wise, these fans are said to provide minimum/maximum noise levels of 7 dBA and 15.8dBA respectively (120mm version), providing users with silent operation under most loads.

Each of these fans will come with ENERMAX's patented Twister Bearing technology, which guarantees users a long lifespan of up to 160,000 hours MTBF (Mean Time Before Failure), which equates to around eighteen years of operation.

To help achieve such a long lifespan, ENERMAX's new T.B.SILENCE ADV fans feature a modular frame design which allows users to clean their fan frames and blades with ease. This feature will also be useful for the modding community, especially for those who like to paint their fans to match their PC.

This modularity will allow users to easily clean those hard to reach places on fans, simplifying the PC cleaning process while also allowing users to check for any dust buildup in or around the fan's bearings. 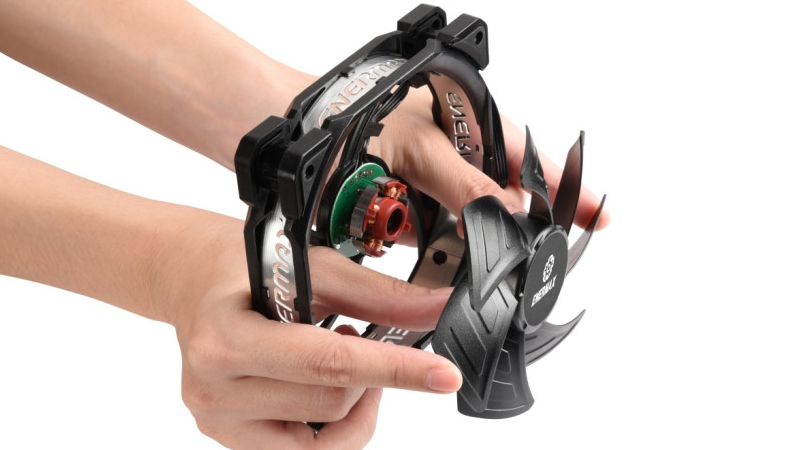 Enermax's new T.B.SILENCE ADV fans will be available later this months in 120mm and 140mm forms. At this time ENERMAX's exact pricing for these fans is unknown.

You can join the discussion on ENERMAX's new T.B.SILENCE ADV series of ultra quiet fans on the OC3D Forums.