Some fan hubs were damaged during manufacturing. Fractal's replacing all of them

Fractal has informed its userbase of potential issues with the fan hubs on their new Torrent series of PC cases, revealing that some fan hubs were damaged during manufacturing and can potentially cause short-circuit issues for some users.

Owners of Fractal's Torrent PC case should unplug their case's fan hub and apply to receive a replacement. Additionally, Fractal has claimed that they are "coordinating with retail partners to enable a smooth refund process if you prefer not to wait for the replacement kit."

We have seen many examples of companies who have taken too long to react to issues that users are experiencing with their products in recent history. A prime example of this is NZXT's riser cable issues on their H1 enclosure.

The fact that we have heard about this problem from Fractal before any end-users shows that Fractal has reacted incredibly quickly to this issue. A lesser company would have quietly revised their case design and issued replacement fan hubs exclusively to those who complain about the hub's flaw.

Here, Fractal has shown a level of corporate responsibility that is commendable, acting as an example of how companies should react when issues with their products arise. That said, it remains to be seen how quickly Torrent users will be issued new fan hubs or how widespread fan hub related issues are. 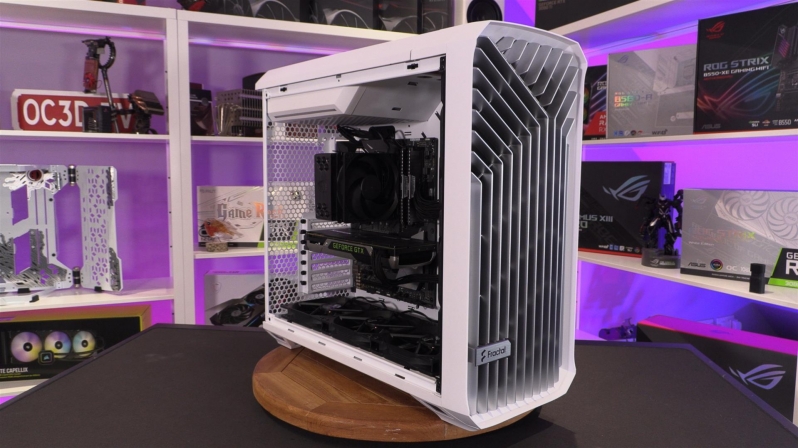 We have an important message regarding the Torrent. Some reports of Fan Hubs damaged in manufacturing potentially causing a short-circuit have led us to re-evaluate the circuit board design.

We remain committed to the quality of our products and the Nexus 9P Slim Fan Hub included with the Torrent does not live up to the standards customers expect from us. Our development team is working tirelessly to design and manufacture an updated version that will address these issues as soon as possible.

If you own a Torrent case, we ask that you unplug the Fan Hub (instructions available here) and fill in the form available here and a replacement kit will be sent to you as soon as possible.

You can still use your Torrent without the Fan Hub, but given the compromised feature set, we are also coordinating with retail partners to enable a smooth refund process if you prefer not to wait for the replacement kit. We have temporarily stopped sales of the Torrent until the Fan Hub is updated.

We sincerely apologize for your inconvenience.

An uninstallation guide for Fractal's Torrent fan hub is available to view here.

You can join the discussion on Fractal replacing the fan hubs on their Torrent series of PC cases on the OC3D Forums.