Gigabyte's latest Aorus AIOs promised to keep your i9-11900K at 5.1GHz on all cores!

Gigabyte's latest Aorus AIOs promised to keep your i9-11900K at 5.1GHz on all cores!

Gigabyte's launching a new range of All-in-One (AIO) CPU liquid coolers, and they are claiming that all of them are capable of keeping Intel's i9-11900K at 5.1GHz all-core clock speeds under non-AVX workloads. Yes, even their smaller 240mm model. 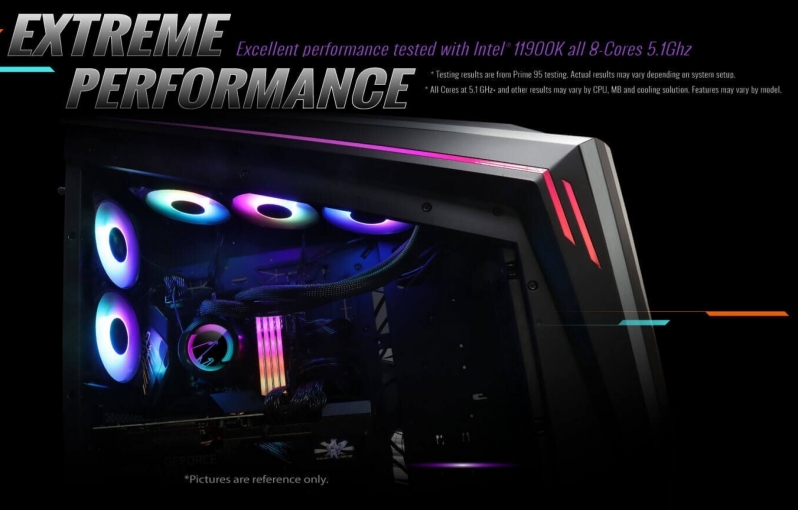 The AORUS WATERFORCE SERIES support all modern and upcoming high performance multi-core CPU sockets. Besides the high compatibility with a multitude of builds, AORUS WATERFORCE SERIES inherit the advanced functions and designs from WATERFORCE X SERIES including the 330 degrees manually rotatable cap design that allows users to rotate the cap to adjust your preferred angle, the 7.8mm Tube Diameter that improves the water flow by 37% and it’s engineered with ceramic axis to optimize durability and heat-dissipation. The leading graphene Nano lubricant bearing with ultra-low friction and noise which reduces the carbon deposit while extending the life of the fan. 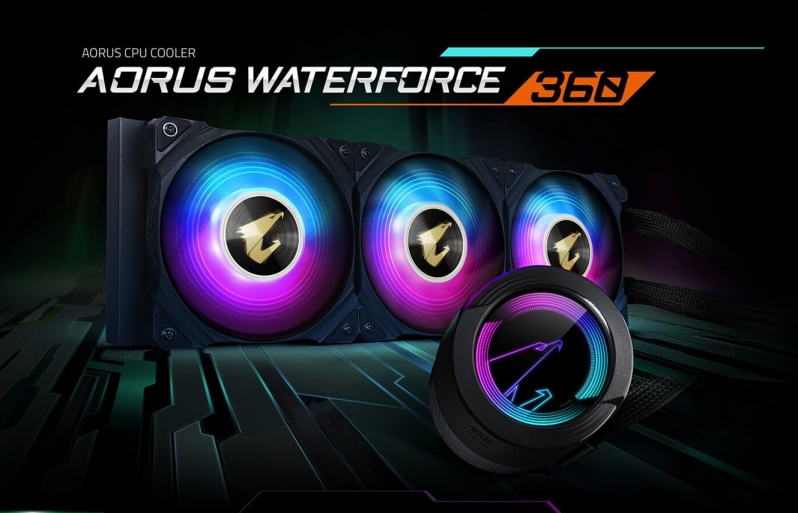 AORUS WATERFORCE SERIES inherit the advanced functions and designs from WATERFORCE X SERIES. It features an enlarged Tube Diameter from 5.1 mm to 7.8 mm, which increases the water flow by 37% and dissipates the heat quicker and more efficient. The axis is engineered with Ceramic axis, which has longer lifetime compared to traditional metal axis. Also, it has anti-corrosion properties and it is more durable. A dual ball bearing fan structure combined with the leading graphene Nano lubricant bearing with ultra-low friction and noise decreases the noise about 15%than the previous liquid coolers under the same stability and low fan speed.

In the real world testing of Prime95 non AVX stress application, even the 125W high TDP Intel® Core™ i9-11900K processor can run all-cores at 5.1 GHz on 8 cores pairing with AORUS WATERFORCE 240. This demonstrates the premium performance of AORUS WATERFORCE SERIES from GIGABYTE. 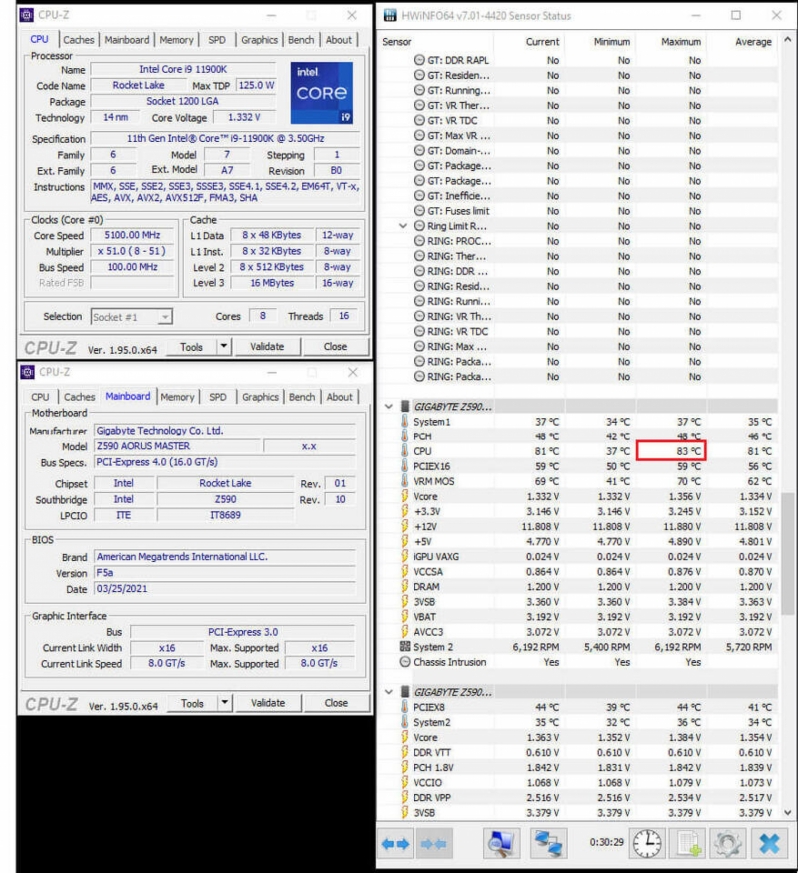 AORUS WATERFORCE SERIES presented in 3 radiator sizes, 240/280/360mm, which all provide ARGB lighting illumination and exclusive 330 degrees manual rotatable cap design. The 330 degrees manual rotatable cap design allows users to rotate the cap to their preferred angle. Through extensive testing, AORUS WATERFORCE SERIES fitted with the most synergistic fan blade size and fan speed settings to ensure the high heat-dissipation efficiency, and perfect support the extreme performance of multi-core processors on the Intel® and AMD platforms. In addition, GIGABYTE also launched the AORUS 120mm and 140mm individual packing ARGB fans, which provide the same high-quality materials and appearance design as AORUS WATERFORCE SERIES. This is a best combination to set up and easily achieve RGB synchronization.

You can join the discussion on Gigabyte's latest Aorus Waterforce AIOs and Aorus ARGB Fans on the OC3D Forums. 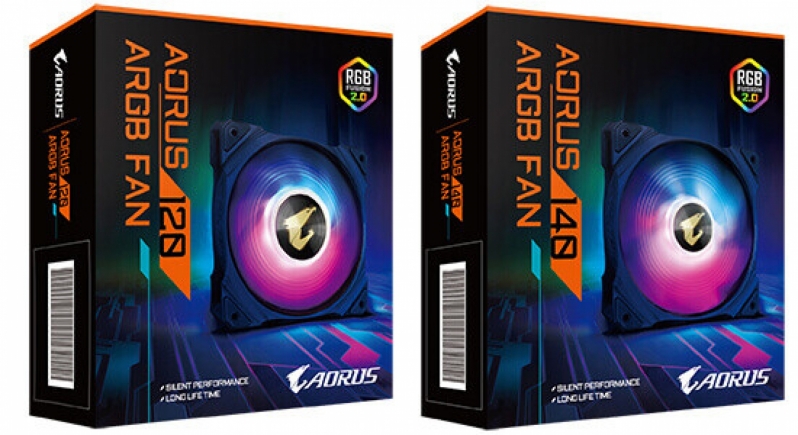