Wow, this case is stupidly expensive...

Earlier this month In-Win launched their Z-Tower Signature chassis, a striking PC enclosure that weighs over 40 Kg and is crafted using cast aluminium, which is later machined an polished using CNC machines.

At its launch, In-Win didn't reveal the pricing of their 8th Generation Signature case design, which meant that it wasn't going to be cheap. Anyone involved in metalworking knows that sand casting molten aluminium on this scale isn't a cheap process, with the Z-Tower requiring a large amount of work from both man and machine. Producing a Z-Tower is a lot more labour intensive than standard PC cases.

Now, thanks to Caseking, we know the price of In-Win's Z-Tower. At the time of writing the case costs €5,499, which to put into perspective is worth more than two Titan RTX graphics cards, which already costs more than most high-end gaming systems.

Given the sheer size and bulk of this chassis, it is unsurprising to find out that this case weighs over 42 Kg, even without other components inside the case, which could have a full system weight over 50Kg when confined with a high-end system and custom water cooling.

The case support E-ATX, ATX and Micro-ATX motherboards, ATX power supplies, up to three 120mm fans and/or 360mm water cooling radiator. This is clearly a case that puts form over function, but buyers will be rewarded with a PC that looks more like a work of art than a functioning system. 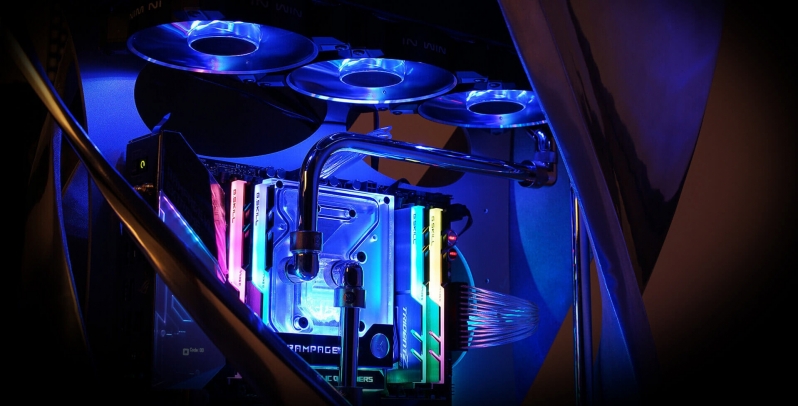 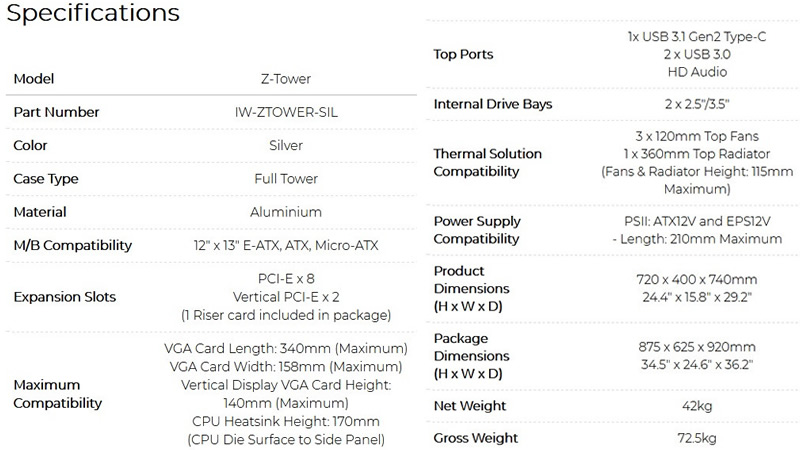 In-Win's Z-Tower will ship in early January 2019 in limited quantities. Each case will be numbered, allowing owners to know how many cases came before their model.

You can join the discussion on In-Win's Z-Tower Signature Edition Chassis on the OC3D Forums.

AlienALX
The only sad thing about this is that due to the price it will never end up in the hands of modders.

I still like it though, and it's still chump change to a millionaire.Quote

Wraith
Quote:
It'll only be modders that get these oh and maybe Terry Cruz

Trying to work out the cost right now for 40Kg of cast aluminium.

AlienALX
Quote:
It's the tooling, moulds and design which would cost the money.Quote