At Computex this year In Win has been showing off their first series of case fans, offering full control using a wireless controller and daisy chain functionality.

Have you ever wished that you could condense all of the fans on your water cooling radiator into a single power cable? Well, with In Win's multi-unit daisy chaining you can share a single fan input between multiple fans and control them all at once.  With In Win's new remote control you can also fine tune your fan speeds and led brightness, allowing you to easily control your fans without using external software or a dedicated fan controller. 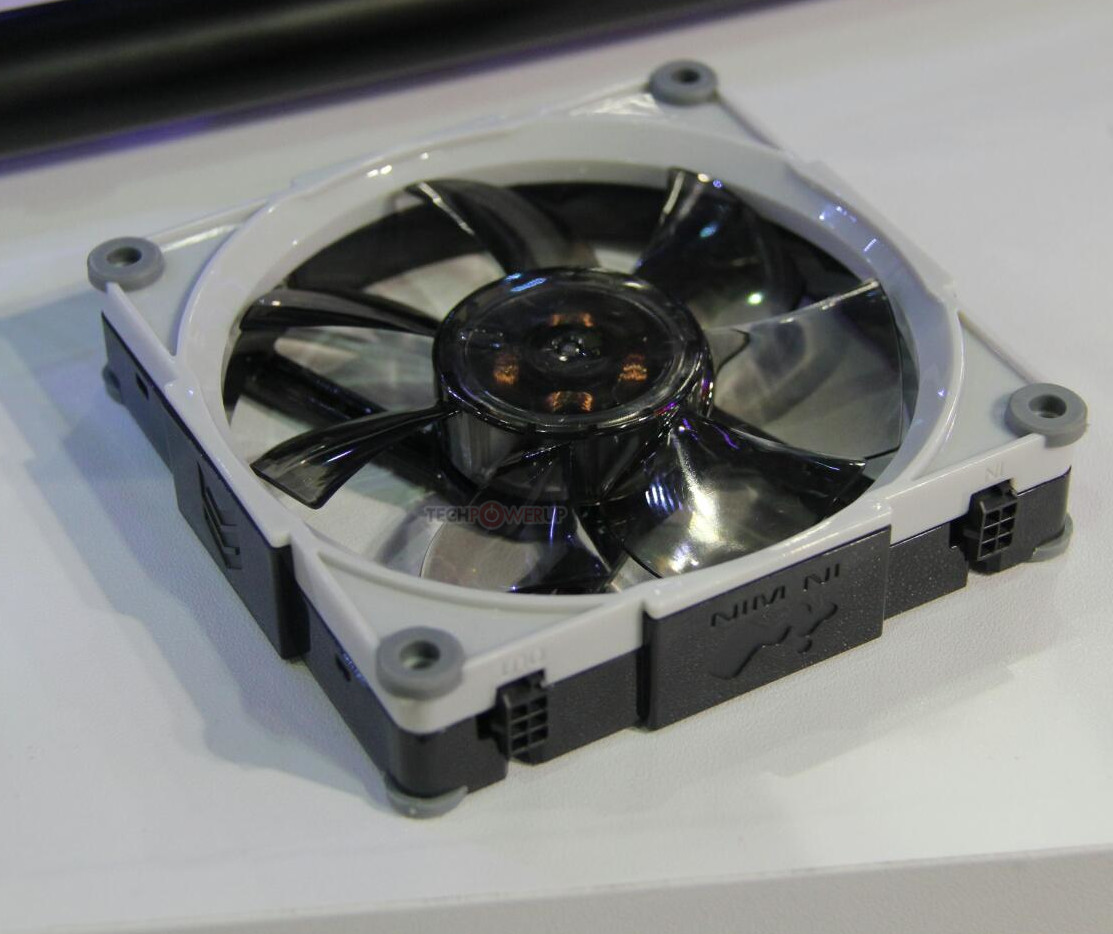 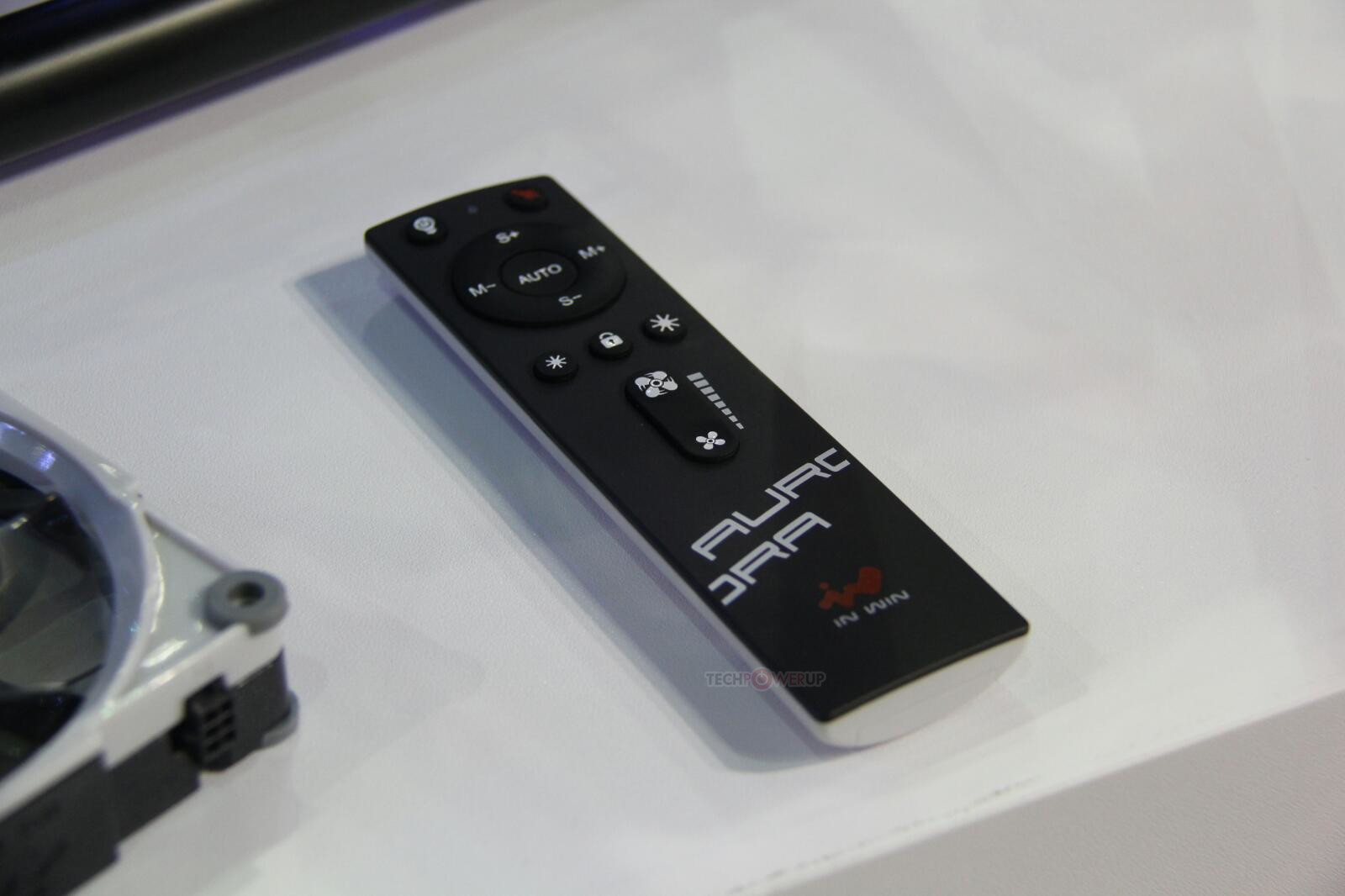 The fan offers a simple 120mm design with vibration dampeners on each corner and a black and grey aesthetic, with the fans two 6-pin power ports giving the fan its unique daisy chaining abilities.

The fans can be PWM controlled from 800-1400RPM, with a special 2000RPM high voltage mode when ran at 12V. The remote control for this fan can only control the fan within its PWM ranges. Each of these fans will ship with a daisy chain connector.

You can join the discussion on In Win's Aurora fans on the OC3D Forums.

In Win's new Aurora fans can be daisy chained and remote controlled.https://t.co/vrHAaQNDGB pic.twitter.com/vzp5owt6T8

WYP
Quote:
I deserve a slap for that mistake. fixed now.Quote

SparkleDJackson
this interests me greatly. esp when there is a good chance ill need 16 fans for the scratch build im working on. remote controlled daisy chain. that is incredible. hopefull the sp on them is monsta capableQuote

dwatterworth
Interesting! I wonder if the remote control directly controls the fans or if it interfaces with the computer first?
Seems like it would be a lot of extra components per fan to have in-fan remote access. Seems like an either-or scenario to me, have direct fan remote or just allow the computer to adjust speeds accordingly or am I missing something?Quote

jimma47
Quote:
From what I've seen they're USB controlled so I'd guess the remote interfaces with the USB controller. Hopefully it's an all in one unit like the NZXT Hue+ so you don't need to use two internal USB2 ports to control it.

Probably means no software control but it would be interesting to see if In-Win come out with a range of LED strips that can also run off the same daisy chain.Quote
Reply