Lian Li has a tonne of new hardware on the horizon

Today, Lian li will be hosting their 2022 Digital Expo, where the company will be showcasing a wide range of soon-to-be released products, including new cases, fans, RGB products, and their new L-Connect 3 software.

One of the highlights of this showcase will be Lian Li's new UNI FAN P28 fans, which are designed to offer users low noise levels and higher levels of static pressure than standard 25mm fan. These new fans are 28mm thick, RGB and non-RGB options and modding potential with Lian Li's ARGB side strip accessory.

The other highlights of this stream will be the reveal of Lian Li's new V3000 Plus and LANCOOL III enclosures, both of which are discussed in more detail in Lain Li's Press Release below.

Since its first appearance at the LIAN LI 2021 DIGITAL EXPO 2.0, the LANCOOL III’s prototype received many updates. The LANCOOL III is expected to be available in an RGB and non-RGB version, both versions with 3 pre-installed 140mm PWM fans. Here are the updates: 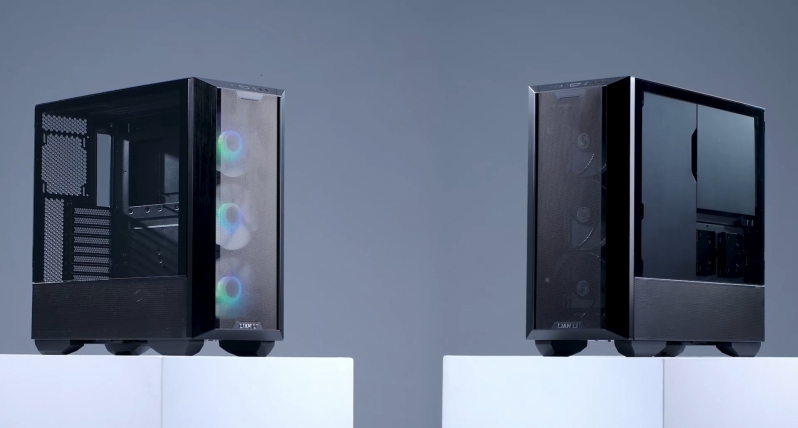 The V3000 PLUS is a dual system chassis designed with modern features. Returning with a few updates from LIAN LI's previous EXPO, the V3000 PLUS is close to completion. Here are the improvements:

- Front, top, and shroud side panel mesh design optimized to improve airflow.
- Left and right side tempered glass panels, with new push-lock mechanism.
- Light projection LIAN LI logo under the front panel.
- Revised top IO layout with toggle switch to control the power and reset buttons from the primary system to the secondary system.
- Front side multidirectional bracket for flexible radiator/fan thickness support.
- Relocatable drive cages from PSU shroud to the main chamber beside the motherboard.
- Toolless SSD trays behind the motherboard tray. 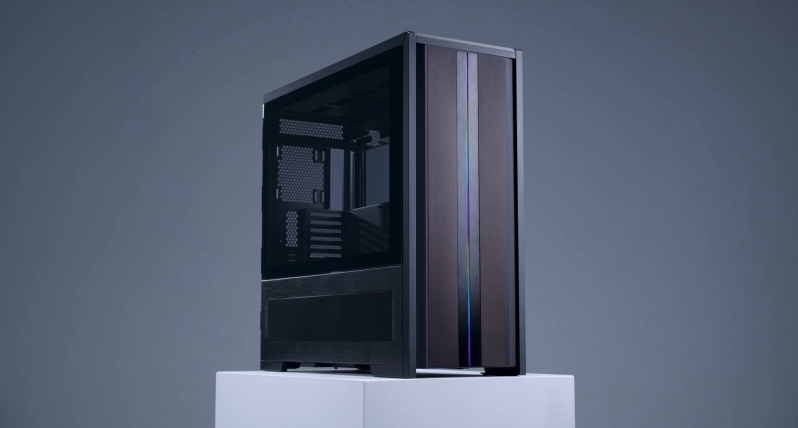 The refined prototype of the new UNI FAN SL120 INFINITY takes the UNI FAN concept to another level with improved looks, cable management, and compatibility. Here is a list of improvements:

- Infinity mirrors at the front center and side edges.
- Slim and bright narrow light grooves along the front edges of the fan.
- Thinner fan cluster power module relocated to the center of the fan frame, and features two-way cable orientation.
- Removable fan interlocking key.
- PWM and ARGB cables combined into a single one.
- Revised UNI HUB with support for two GALAHAD AIO pump ARGB. 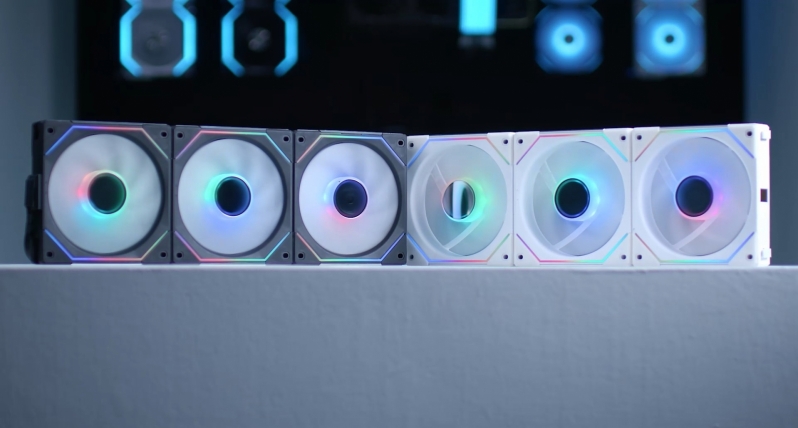 The UNI FAN P28 brings the UNI FAN interlocking concept to a higher level of performance and lower noise, but still has the option of added aRGB as an option.

- 28 mm thick fan made with fluid dynamic bearings, metal-bearing shell, top plated iron shell, and harder build materials, resulting in less vibration and distortion.
- Smaller power module connection that is embedded into the fan, as well as removable interlocking keys for optimal clearance with radiator fitting.
- Users have the option to modify the sides of the fan with an aRGB accessory that replaces the aluminium decorative strip of the UNI FAN P28. 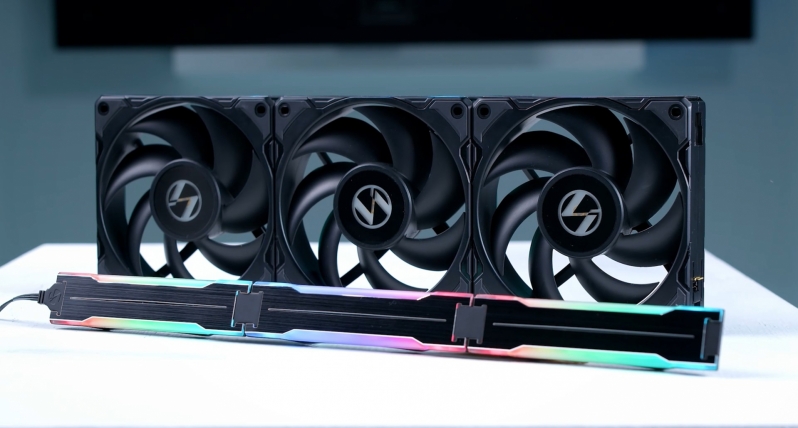 Well known for its ability to elevate the RGB factor of any build, the STRIMER PLUS V2 is packed with improvements, including:

- Silicon-covered power cables for a thinner profile and more flexibility.
- Upgraded diffuser strip, allowing the lighting effect to also shine through the side, stepping up the "wow" effect.
- Both GPU versions of the STRIMER PLUS V2 feature separate 6+2pins for better compatibility and easier installation on GPUs where power connectors are further apart.
- Supported by the latest L-Connect 3 software to individually control each RGB channel on the 24pin, 2x8pin, and 3x8pin. 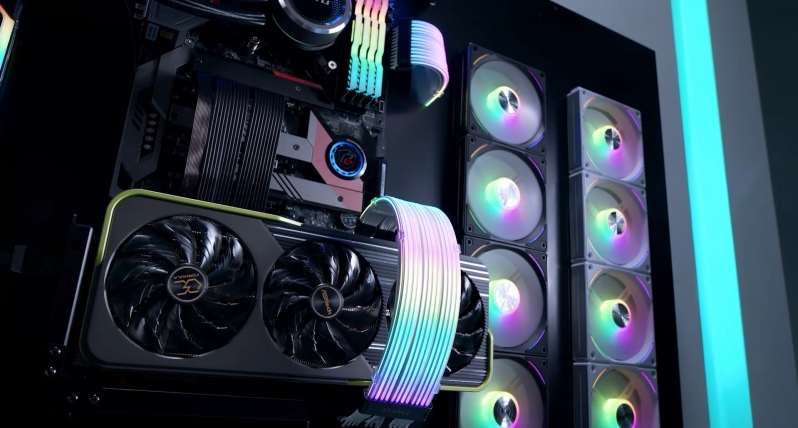 LIAN LI's RGB software is now capable of full control of products within LIAN LI's ecosystem and becomes the one-stop-shop for RGB control.

You can join the discussion on Lian Li's 2022 Digital Expo on the OC3D Forums. 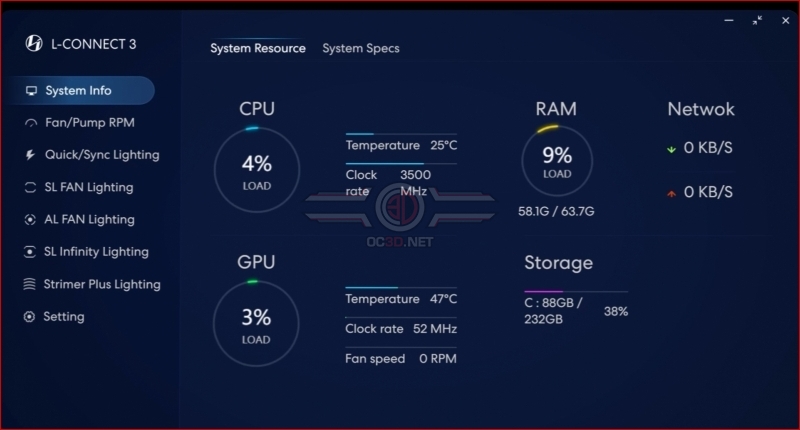