MSI's preparing for Intel's Alder Lake CPU launch, announcing that they will offer users of their latest MEG and MAG series liquid coolers to support Intel's new LGA 1700 CPU socket. This support will either come through the release of free upgrade kits or in the form of in-box socket support (for MSI's newer CPU coolers).

Below is what MSI had to say regarding their LGA 1700 upgrade plans for their All-In-One (AIO) liquid coolers.

Intel’s next-gen CPUs are coming to us real soon. They are more powerful than ever before and are totally revolutionary. Therefore, we believe that many users will be making system upgrades. With changes made to CPUs will come changes to the liquid coolers and sockets. Always putting ourselves in the shoes of our users, MSI liquid coolers will support the latest socket changes so that users can adapt to Intel’s next-gen CPUs without changing the entire liquid cooler.

The following link will show you more information on that process:

As MSI has used different mounting kits for their older AIO designs, owners of MSI's R-Series and K-Series liquid coolers will need to make sure that they apply for the correct mounting brackets. Compatability information for MSI's free mounting kit upgrades are available below.

You can join the discussion on MSI's LGA 1700 socket upgrade plans on the OC3D Forums. 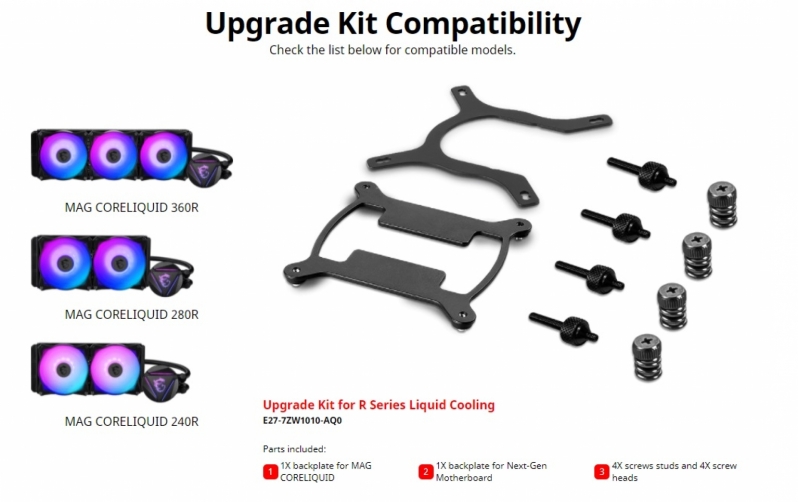 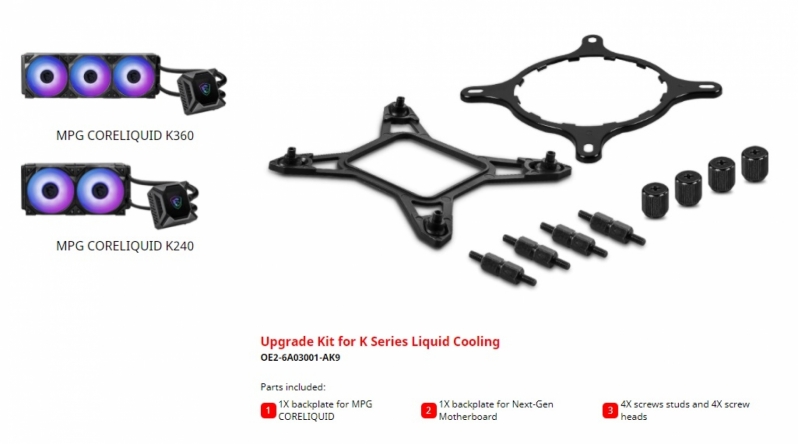