Ready to build an ultra-quiet PC?

It's official, Noctua has launched their NH-P1 heatsink for passive/semi-passive PCs, enabling the creation of ultra-quiet PCs that are practically silent. In a recent tech demo, a video of which is embedded below, Noctua has proven that they can passively cool Intel's i9-11900K processor when running Prime 95, highlighting the performance of their NH-P1 cooling solution.

While the NH-P1 is Noctua's first passive cooler, its launch comes after years of product development. Alongside this heatsink, Noctua has also released lists of recommended cases and processors to ensure that their users build a great passively cooled system. Using a case with good natural convection will be vital, but thankfully Noctua has given their customers everything they need to know what hardware they need to create a passive system.

With an MSRP price of $109.90/€109.90, Noctua's NH-P1 is an expensive heatsink. That's the cost of silence, and that is the cost of such a large fin stack of aluminium. The NH-P1 required custom manufacturing processes and thicker aluminium fins than standard forced convection heatsinks, a factor that makes these heatsinks more challenging to produce.

Starting today, Noctua's NH-P1 heatsink will be available on Amazon.

Noctua has designed their NF-A12x25 LS-PWM for semi-passive systems, allowing users to stop their fans using a 0% PWM mode and custom fan profiles. This will allow users to passively cool their system when thermal loads are low and deliver additional airflow when thermals reach certain levels. 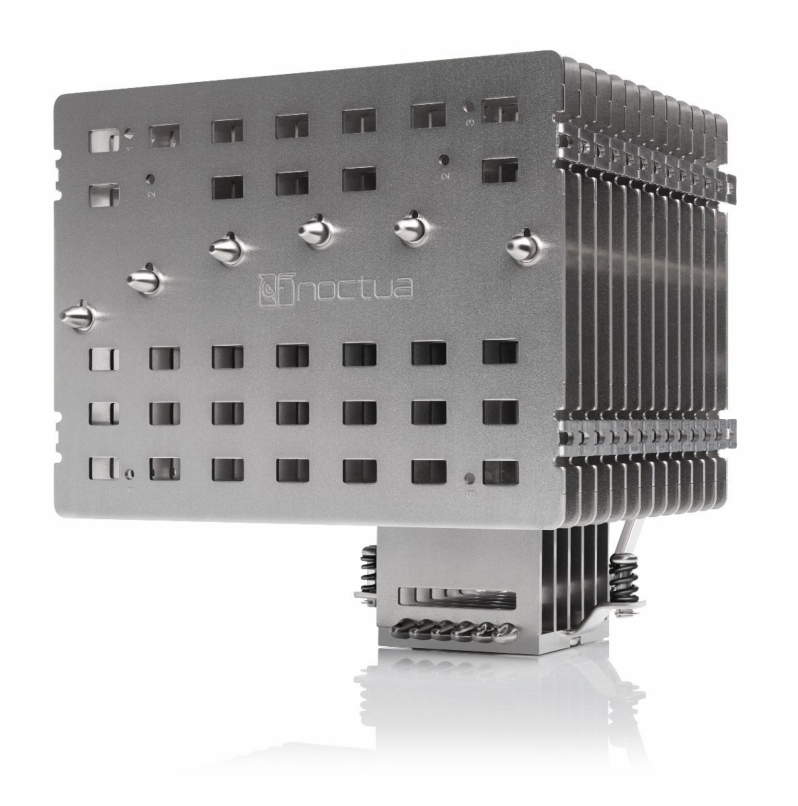 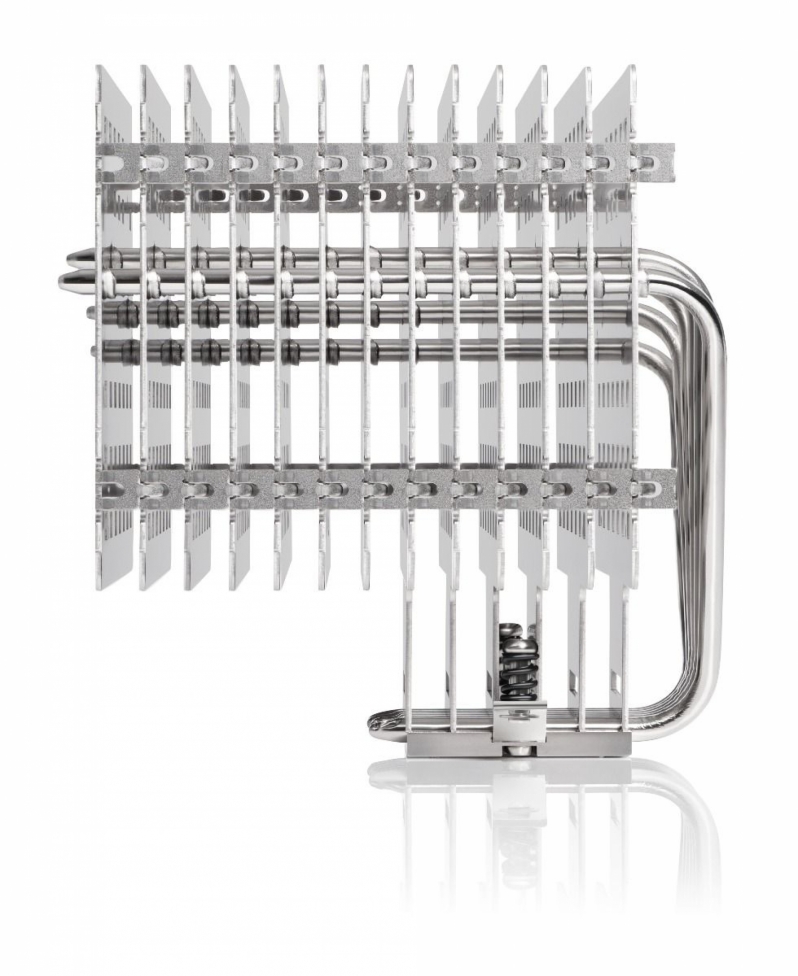 In today's PC market, not many manufacturers create products for passively cooled PCs, a factor that makes it challenging to create a fanless PC. With Noctua pushing passive/fanless computing with their NH-P1 heatsink, it is possible that other manufacturers will follow suit with their own passive product designs.

Noctua today released its much anticipated NH-P1 CPU cooler as well as the optional NF-A12x25 LS-PWM 120mm fan. Custom-designed for fanless operation from the ground up, the NH-P1 is capable of cooling modern high-end CPUs with low to moderate heat dissipation completely passively in enclosures with good natural convection. For further enhanced performance or semi-passive setups that only spin up their fans when necessary, the NH-P1 can be outfitted with a low-speed, ultra-quiet 120mm fan such as the new NF-A12x25 LS-PWM.

“The NH-P1 is our very first passive cooler, and it should be easy to see that we didn’t just take a regular heatsink and omit the fan”, says Roland Mossig (Noctua CEO). “A lot of engineering work went into designing this unit for fanless operation from the ground up and we’re truly proud of the end result. In our completely fanless demo system, the NH-P1 cools an Intel Core i9-11900K running Prime95 at more than 3.6GHz – this is a lot of processing power and a whopping 125W kept in check with zero fan noise!”

The NH-P1 isn’t just a regular heatsink without a fan: featuring much thicker, much more widely spaced fins, it achieves both the mass and the minimal airflow resistance that are required in order to excel in natural convection cooling. In fully optimised fanless systems, the NH-P1 is capable of cooling high-end CPUs with low to moderate heat dissipation using natural convection only (see setup guidelines and CPU compatibility list). This makes it ideal for powerful builds that have no moving parts and run absolutely silent. Topped off with the new, Torx-based SecuFirm2+ mounting system, Noctua’s award-winning NT-H2 thermal compound and a 6-year manufacturer’s warranty, the NH-P1 is the ideal cornerstone for premium-grade fanless or semi-passive builds.

“While we’re very excited about the possibilities that the NH-P1 opens up, we also need to stress that building a passively cooled system is not as straightforward as building a regular system. For optimal results, components must be selected more carefully, and certain principles should be respected”, Roland Mossig (Noctua CEO) explains. “Therefore, we offer detailed setup guidelines, a build guide video tutorial, a list of recommended cases as well as an extensive CPU compatibility list that will help customers to get the best possible results.”

In addition to the NH-P1, Noctua released the optional NF-A12x25 LS-PWM 120mm fan, a low-speed, PWM-enabled variant of the award-winning NF-A12x25 that is ideal for enhancing the performance of the NH-P1 in semi-passive systems. At a maximum noise level of only 12.1dB(A), the NF-A12x25 LS-PWM is nearly inaudible but will still significantly boost the performance headroom of the cooler. As the fan stops at 0% PWM, it can easily be set up for semi-passive operation so that it will only spin up when necessary. This way, the system will work fanless most of the time but still provide the flexibility to make better use of the turbo modes of more powerful CPUs that require some extra airflow to be cooled adequately under full load conditions.

Alongside their NH-P1 Heatsink, Noctua has released videos and guides that make specific CPU and case recommendations for their NH-P1 heatsink. These guides are designed to help PC gamers create passive/semi-passive PCs that can keep their components adequately cooled.

Below, we have Noctua's video guide and Noctua's lists of compatible processors and recommended cases.


You can join the discussion on Noctua's NH-P1 Passive Heatsink and LS-PWM ultra-quiet fans on the OC3D Forums.