Noctua's roadmap has revealed a lot of interesting products

For many years, Noctua has been known as one of the world's premier CPU heatsink manufacturers, offering customers stellar performance levels with the company's signature brown and beige fans.

In recent years, Noctua has expanded to offer its users all-black Chromax series editions of their premiere cooler designs, but behind the scenes, Noctua has been working in its next-generation flagship heatsink, a replacement for their world-class NH-D15.

In mid-late 2021, Noctua plans to launch its next-generation NH-D series heatsink, seemingly coinciding with the release of the company's "next-generation 140mm fan" launch. This seemingly simultaneous makes sense, as a next-generation heatsink design is best paired with new fan designs. Altering both aspects of their next-generation cooler gives Noctua a real opportunity to deliver a significant performance leap over their already top-tier offerings. 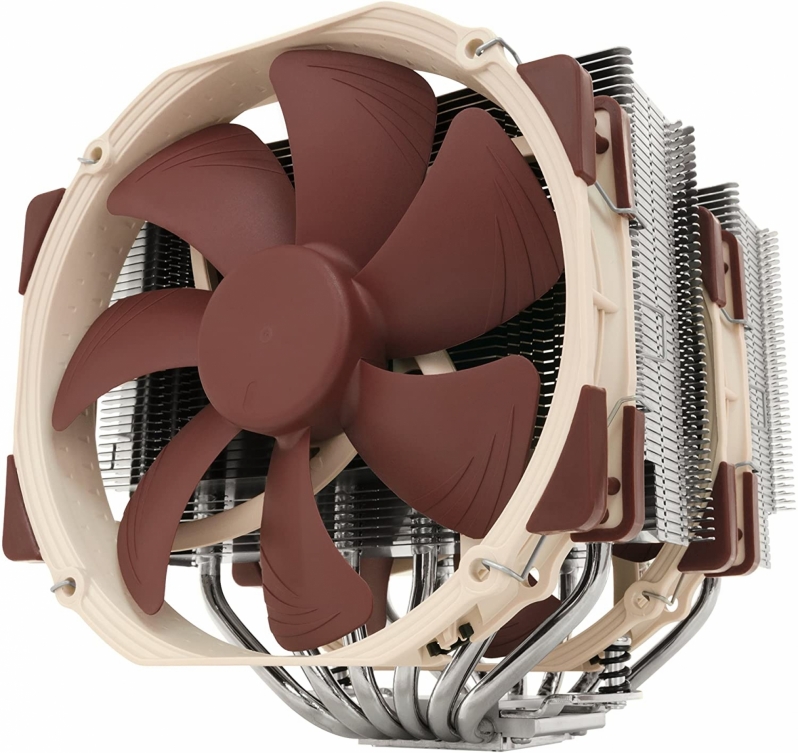 You can join the discussion on Noctua's plans to release a next-generation NH-D15 (NH-D16?) heatsink on the OC3D Forums.

AngryGoldfish
I wonder if it's even possible to improve upon what's already available by any reasonable degree, pun not intended.Quote

demonking
Quote:
RGB! didn't you know this adds performance to anything you add it on to? I put some on my washing machine and managed to overclock the spin cycle by an extra 100rpm

I think you're right though, gains may only be marginal but with both AMD and Intel moving away from monolithic dies there may be changes that could be made to the plate itself? or the directions that the heatpipes go in? IDK but I bet they have some ideas.Quote

Warchild
Quote:
Lets not start discussing RGB. I might lose respect for you :PQuote

dwatterworth
Quote:
So how do we see Brown then and.. Well wouldn't it just be 'B' lighting? All the hues of poop!
I wonder if it's a much larger contact area on the new heatsink(s) to work better with chiplet designs?

I'm very curious to see what the new 140's will be, especially if they release new versions of the Industrial series as well. Just had my first 140 Industrial fail on me. Stopped spinning and I tried hitting it with a full PWM signal since everything was running around 40% and the magic electrical smoke poofed out!Quote
Reply