Noctua's passive heatsink is due to release in Q1 2021

Noctua's planning to launch a fanless heatsink in early 2021, offering their fanbase passive cooling for modern processors. This heatsink will produce no noise and is designed for use in quiet systems. Another perk of this design is its resistance to failure, as there are no pumps or fans to wear and degrade over time.

FanlessTech has released an exclusive image of this new cooler, which is reportedly ready to enter mass production. Noctua is likely to release more information about their new passive heatsink soon, giving consumers and analysts a deeper look at their quietest CPU cooler.

Back at Computex 2019, Noctua showcased a prototype passive cooler which could reportedly keep an i9-9900K cool under load, handling 120W of power in cases with good natural airflow and up to 180W in cases with quiet fans. This cooler is pictured below. This heatsink weighted a whopping 1.5Kg and supported AMD's AM4 socket and Intel's LGA 115x sockets.

We look forward to discussing this heatsink further when more information about it is made available. In 2021, Noctua is also planning to release a successor to their popular NH-D15 heatsink, white fans, a fan hub and several other products. A copy of Noctua's current roadmap is included at the base of this article. 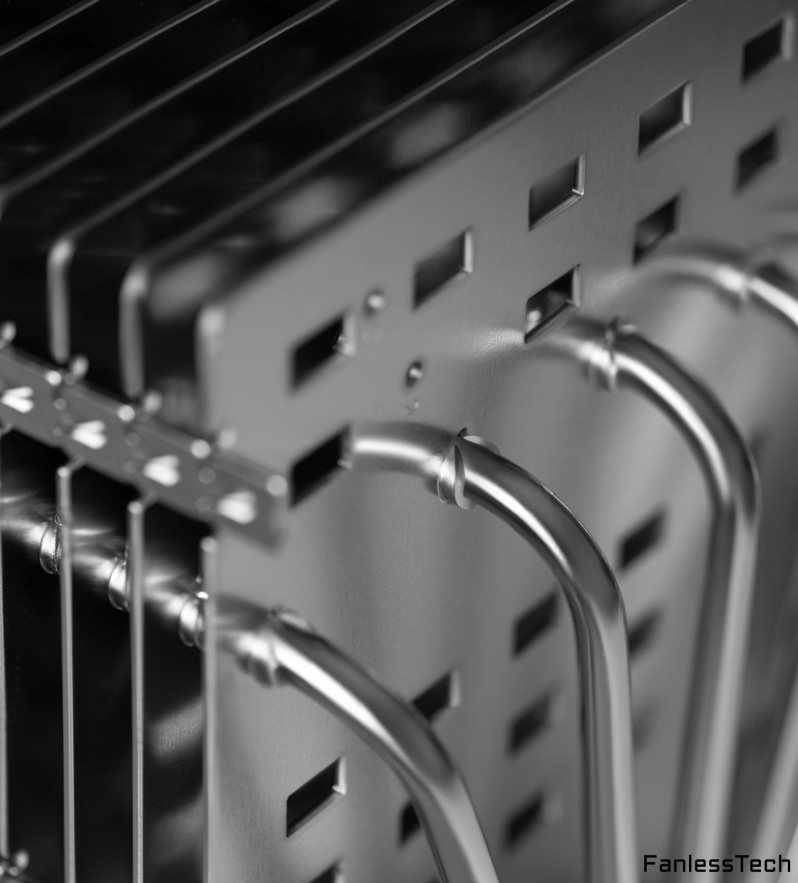 You can join the discussion on Noctua's planned passive heatsink on the OC3D Forums. 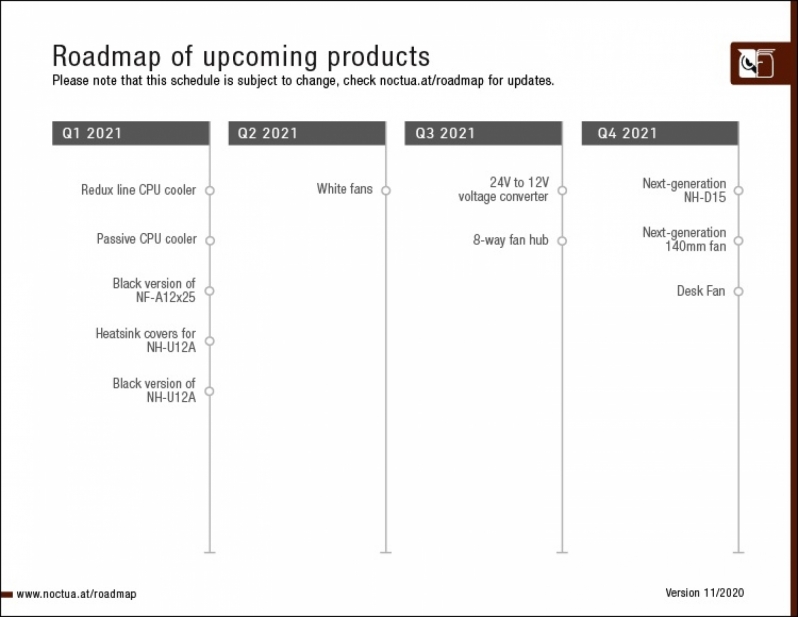 m2geek
I'll be getting in on that NH-U12A Black the Minute it comes out, and I have 6x NF-A12X25 that need replacing with black ones at the same time lol.Quote

AngryGoldfish
Very impressive if those early tests are going to be accurate. Noctua have incredible engineers.


Quote:
Once that comes out, I can't see the competition being able to match it. The price will still put some off, but they have the Scythe Fuma 2 for that.Quote
Reply