The cooler itself offers the same pump design as their existing Kraken Xx2 series of AIOs, delivering an aesthetic that current NZXT fans will be familiar with, providing a mirror finish on the PUMP/block combo and the company's highly rated 120mm Aer P fans.

NZXT has also given this new unit longer tubing runs than their existing AIO offerings, as the radiator terminals will often be further away from the user's CPU when using such a large liquid cooler. The tubing itself will come reinforced and with a braided fabric covering, offering users a premium look and feel while maintaining a relatively small tubing radius. 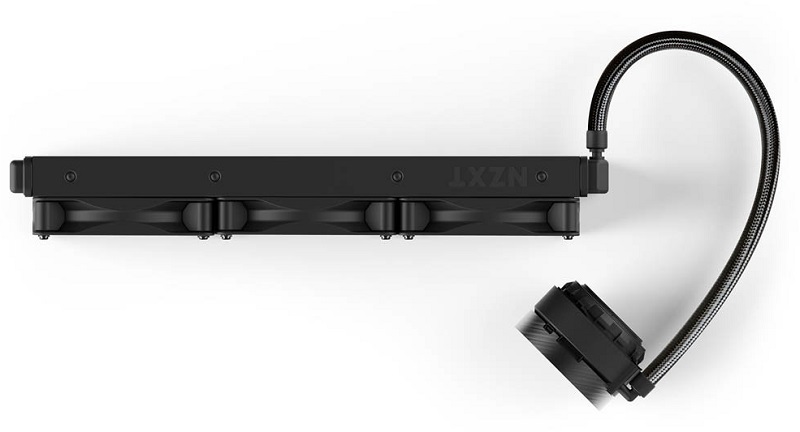 You can join the discussion on NZXT's new 360mm Kraken X72 AIO on the OC3D Forums.

Muad
It is still cheaper than any EK-WB kit. Worth buying if they have fixed the short-lived pump unit (famous, exposed, copper wire). Otherwise, 360mm for CPU only seems like an overkill.Quote

NeverBackDown
Quote:
It's not cheaper than all of the EK kits.Quote
Reply