With Black and White case options being standard throughout NZXT's product stack, offering users a white version of their Closed-loop Liquid Coolers (CLCs) is a logical step forward for the company, giving their customers more options for PC customisation. This is especially true for fans of RGB lighting, as white components react to nearby RGB lights much better than their black equivalents.

These new components are now available to pre-order in the UK through Scan, with NZXT expecting orders to ship in early-mid October.

NZXT is taking the challenge out of achieving an all-white build. This family of white cooling products came directly from community feedback, allowing users to express themselves by giving them more options for the ideal build.
Find a fresh take of the Kraken Z, X, Kraken 120, and AER fans.

The Kraken 120 has received some upgrades from previous models. It features an improved pump with a larger water reservoir, a refreshed look, and support for 5V ARGB ecosystems. 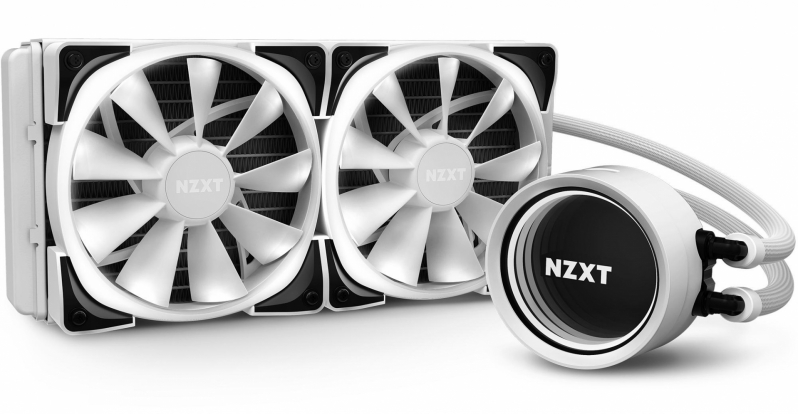 Like NZXT's other Kraken series liquid coolers, these new models can be controlled using NZXT's CAM software utility, which can be used to monitor the performance of your cooling solution, adjust your system's RGB lighting and keep track of other important data.

These new white Kraken models are the same as their black counterparts. Only their colours have changed, which means that reviews for NZXT's older units should apply to these new variants. NZXT uses the same pumps, fans and RGB lighting with their new White series coolers.

NZXT's new white AIOs are now available to pre-order in the UK through Scan, with NZXT expecting orders to ship in early-mid October.

You can join the discussion on NZXT's refreshed Kraken liquid cooling lineup on the OC3D Forums.