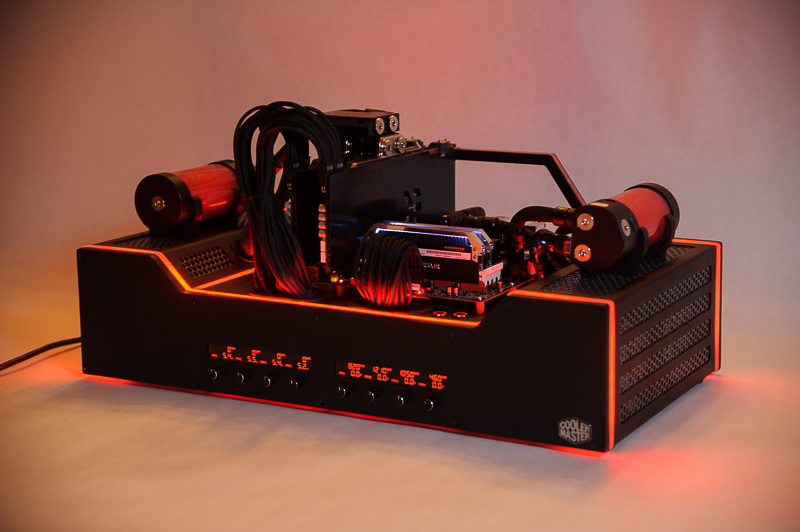 We have been noticing quite a few very good projects popping up in our Project Log section of the Forum recently and we though its about time we showcase some of them. If you haven't been there go take a look and even leave a log of your own if your planning a new build or even doing some mods of your own.

We were having a general look around the forum as you do when we stumbled across something that instantly caught our eye. The Project log below was something of a miraculous transformation to the extent that if you didn’t see the original starting photo or the name of the log then you simply wouldn’t have a clue what it was based on. 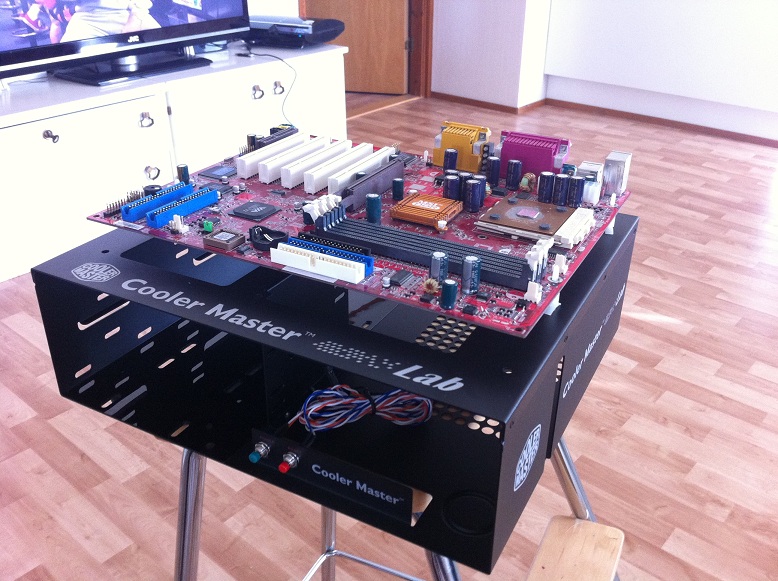 From this thing of simplicity it has taken rather a different turn than what we expected.

The Creator Ace_finland who is a new member to the community posted up his projected views of his mod which are simply outstanding. He came up with the image below which looks like the mod would include the addition of 2 tube res’, possibly dual Radiators, 2 fan controllers, very nice coloured sleeving to any cables that would be in sight and that stunning red accent that would linger around the whole system.

The next few images are some of the ones that he posted after this pre build drawing. The creator has added that this project is not yet finished and that it may change slightly or even dramatically 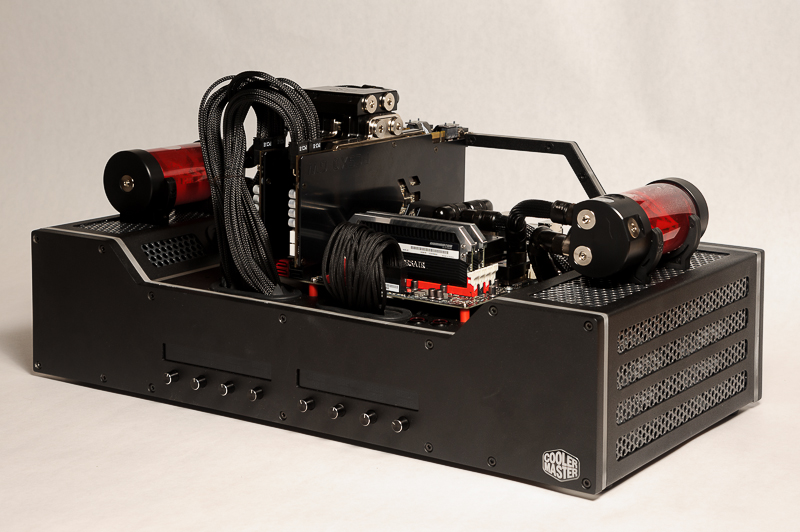 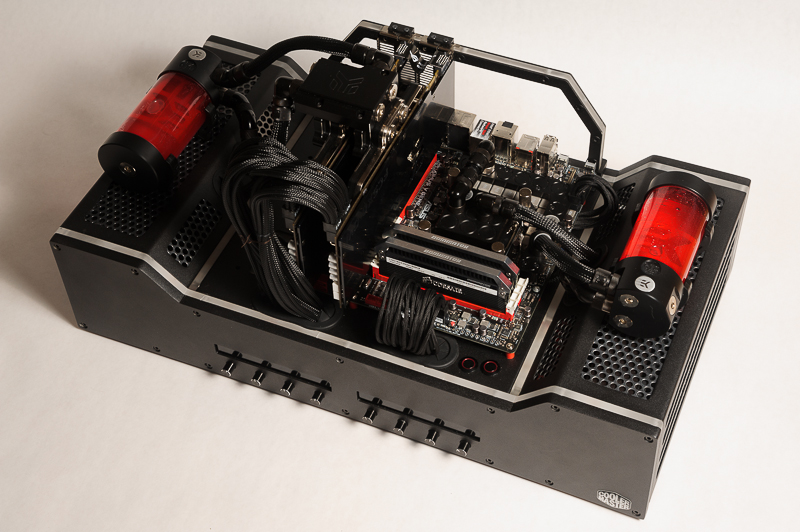 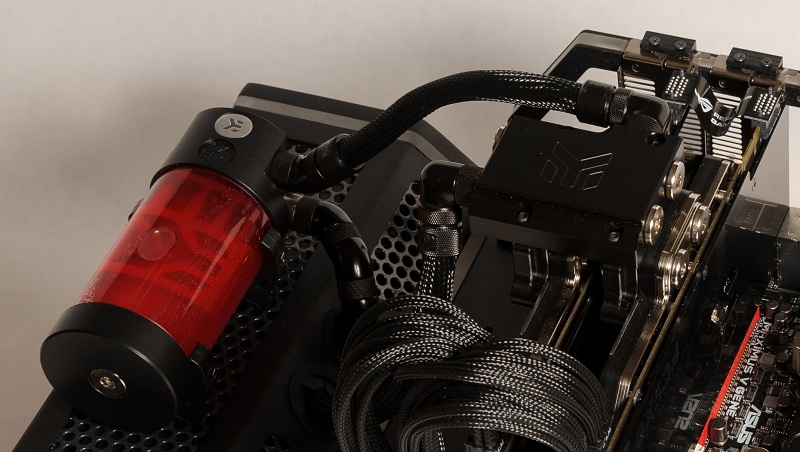 From these images you can clearly see that the simple test bench you seen before has taken rather an extreme transformation into almost exactly how the projected product would look like. He has managed to capture most things that were shown such as the dual res’, fan controller, dual radiators, and the custom sleeving all be it not red accented.

It also look like there isn’t that ominous red glow that casts over the rig either. We were wrong, upon scrolling down the page of his build log we were was once again taken back by the precision that was taken when making the final result

The images below show that we were wrong in that the build does have that wonderful red accent that was outlined in the design. 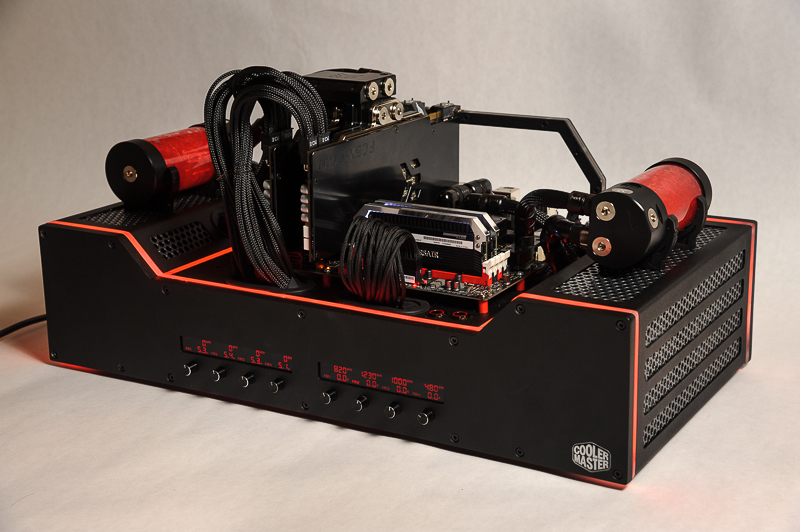 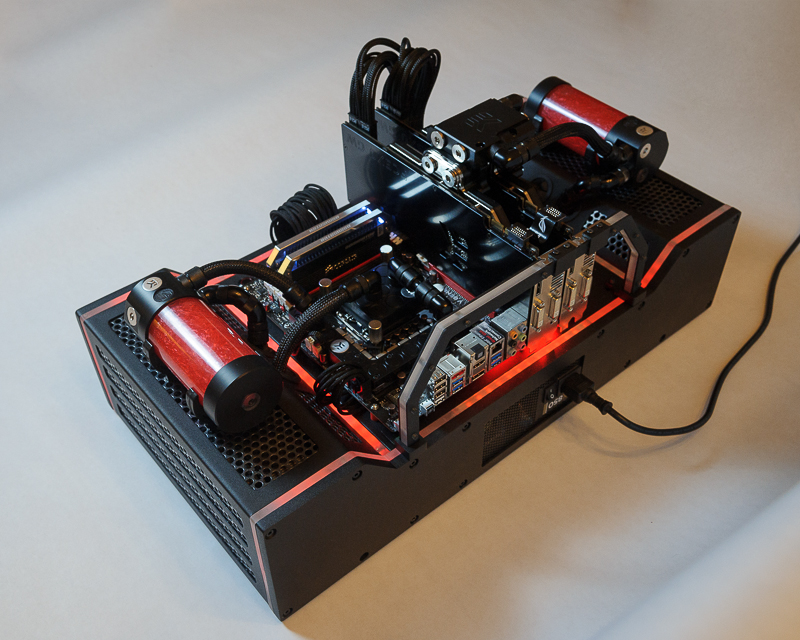 To top it all off the final picture we have is this stunning one of the test bench in low light showing just how that red lighting makes the rig have an evil essence and make everyone love it. Would you like to see a white (light) version of the bench we know full well we would.

If you would like to give the maker some feedback please feel free to visit his build log in the OC3D Forums.

Ross_Kirkbright
you and the colour white Tom lol. i think you wanna marry white :PQuote