In the world of x86 processors, many of the latest architectural innovations have come in the form of cache enhancements. This is true for both the AMD Ryzen 5000 series and Intel's 12th Generation Core series processors. Stronger cache performance and large cache sizes are an avenue towards increased performance within most modern processors, especially gaming workloads.

While these cache capacity and performance innovations are good things for consumers, these innovations may fuel a new CPU-based cryptocurrency mining boom, which may cause a shortage of high-end x86 processors in the future.

Raptoreum (RTM) is a cryptocurrency that has recently seen boosted profitability thanks to the currency's growing value, rising from $0.0143 yesterday to $0.024 today. That's an increase of over 66%. The problem with this currency, for PC builders, is that it is profitable to mine this cryptocurrency on AMD's high-end Ryzen processors, especially their Ryzen 9 series.

AMD's Ryzen 9 desktop CPUs from their Ryzen 3000 series and Ryzen 5000 series each feature 64MB of L3 cache, which is considered to be the reason why these processors are the most profitable to mine Raptoreum with.

Raptoreum is a cryptocurrency that is designed to be mined using CPUs, using a mining algorithm called "GhostRider" to harden itself against ASIC-based mining techniques. Part of this hardening against ASIC mining is its benefit from large CPU caches, a factor that makes the creation of cryptocurrency mining ASICs challenging.

El Chapuzas Informatico has reported that a cryptocurrency miner has invested in 28 Ryzen 9 processors and 28 of ASUS' Prime X570-P motherboards, highlighting that cryptocurrency miners are willing to take advantage of this new mining opportunity. If others follow suit, this could cause shortages of AMD's Ryzen 9 processors and low-cost AM4 motherboards. 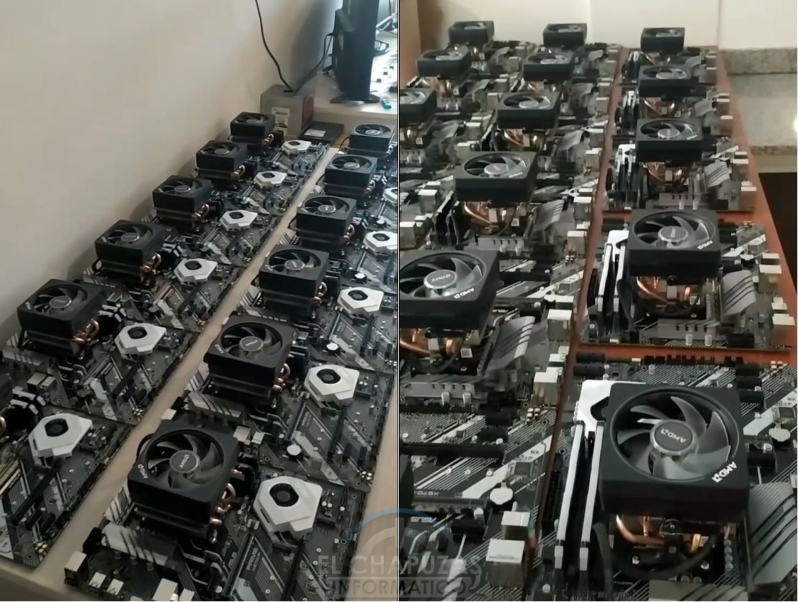 With AMD's Ryzen 9 processors lacking integrated graphics, it is possible that widespread Raptoreum mining could also lead to a shortage of other components.  This includes DDR4 DRAM and low-cost graphics cards that would otherwise not be used in cryptocurrency mining systems. That said, some miners may adopt a cross-mining solution with a high-end GPU for Ethereum mining and a Ryzen 9 CPU for Raptoreum mining.

If Raptoreum's value continues to increase, there will be increased interest in x86 processors for cryptocurrency mining applications. This could cause a CPU, motherboard and DRAM hardware shortage, placing even more strain on the consumer PC market.

You can join the discussion on Raptoreum and how its value may impact the CPU market on the OC3D Forums.

Dippin-in
Where's a good climate activist when you need one.

Damien c
Quote:
Letting peoples tyres down, or travelling to a event to protest travelling around the world etc.

Not saying there isn't a issue with this, but I do wonder if they are being powered from the grid or from solar.

When I get my shed built, I am putting a few solar panels on it to power a miner not sure though what type

AlienALX
Or gluing themselves to the M25.......Quote
Reply