With the board's latest firmware, the Raspberry Pi 4 has had thermal throttling largely eliminated in uncased scenarios. However, many users want to push past the unit's stock frequency of 1.5GHz or deliver an unthrottled experience within an enclosure. For these scenarios, additional cooling is required.

With the Raspberry Pi case fan, the Raspberry Pi 4 can be kept well below 70 degrees Celsius within the official Raspberry Pi 4 case under a quad-core compile of the Linux Kernel. Airflow is generated by drawing air in around the rear I/O slots while exhausting air out of the unit's SD card slot. While this airflow route is sub-optimal, it keeps the raspberry Pi 4 far away from the unit's 80-degree throttling point, making the Raspberry Pi 4 suitable for a little overclocking or working scenarios at high ambient temperatures. More information about Raspberry Pi's testing is detailed here.

While this cooling solution isn't as high-end as some 3rd part offerings, it is incredibly cost-effect with its $5 pricing. It is easy to install within the Raspberry Pi 4's official enclosure. With such a low price point and its status as an official Raspberry Pi 4 upgrade, it's hard to complain about this little package.

You can join the discussion on the Raspberry Pi 4's official case fan on the OC3D Forums. 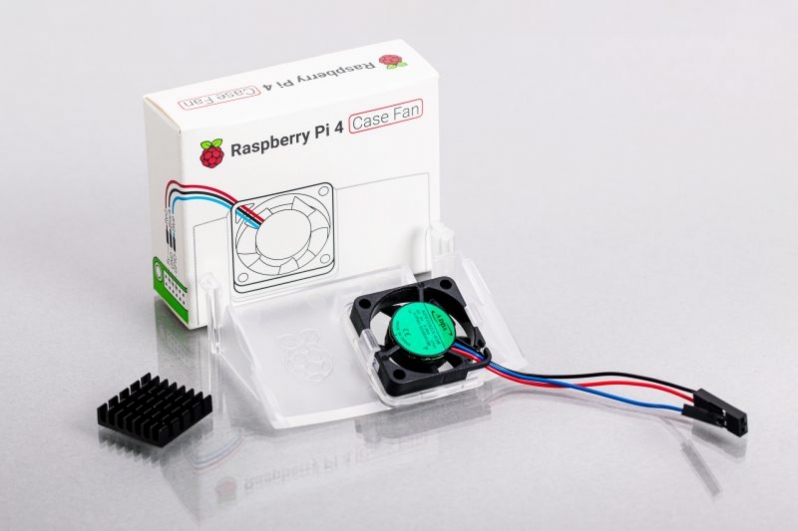