Razor has officially revealed their first "true" desktop enclosures, the Tomahawk ATX and Tomahawk ITX, both of which are designed for gaming enthusiasts and "engineered with airflow in mind".

Both the ITX and ATX models feature an all-black front panel, which features a green illuminated Razer logo. In addition to this, these enclosures also feature Razer Chroma RGB lighting at its base, which can be customised using Razer's Synapse 3 software.

In the UK, Razer's Tomahawk ATX will retail for £199.99, while the company's Tomahawk ITX will ship for £179.99. Both models are made using 0.8mm thick SPCC steel and feature two tempered glass side panels.

Both models will feature support for dual USB 3.2 Gen 2 Type-A ports at the top of the chassis as well as a single USB 3.2 Gen 2 Type-C port. RTazer has also given both models a 1-year warranty. The full specifications of both enclosures are available in the table below. 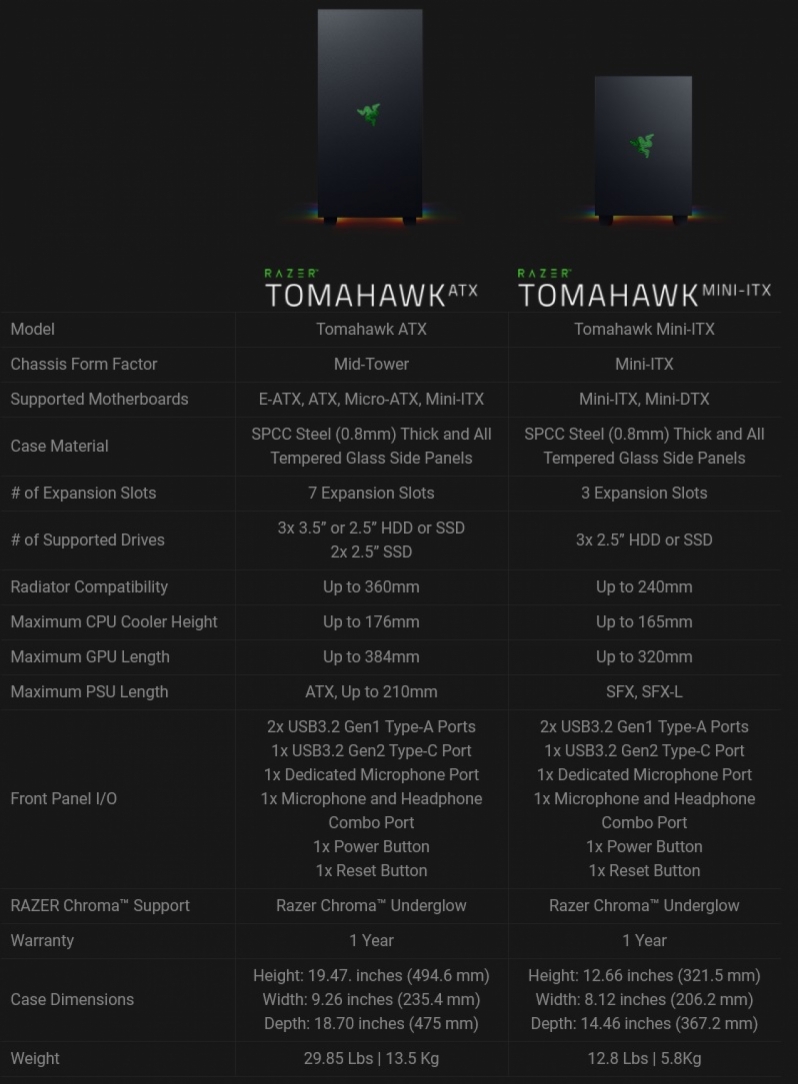 You can join the discussion on Razer's Tomahawk ITX and ATX PC cases on the OC3D Forums. 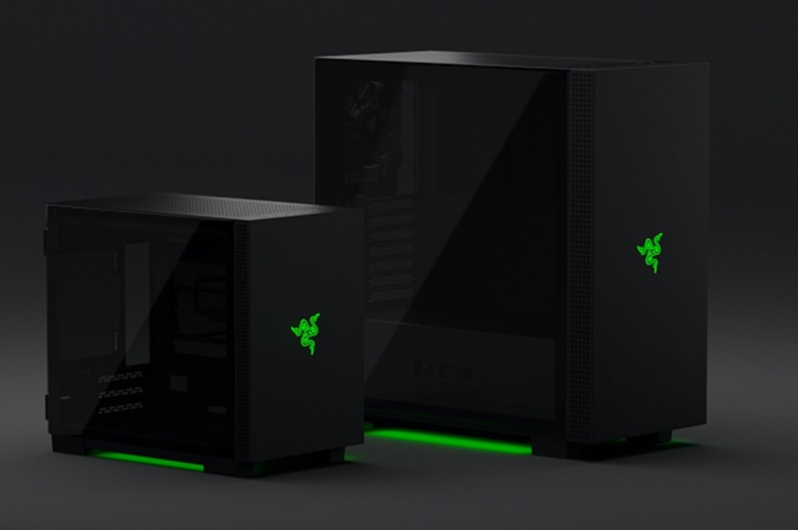 Dawelio
One thing is for sure, Razer knows how to make trailers for their products. Damn!Quote

The_Governour
Quote:
They have the budget - Razor Tax pays for that.

Dawelio
Quote:
Well you could say that about many companies, just look at ASUS for example, they have the ASUS ROG Tax as well, yet their trailers seems to be aiming for kids.

No way near the level of professional trailer that Razer does.Quote

Warchild
Quote:
well it could be down to many variables. Razer may outsource production of the trailer to a professional company, ASUS may have done it themselves.

I agree its a good one, but ASUS has always been about tacky things when it came to marketing. Even with good performance. I think you see it as trailers for kids because of your opinions on RGB, (same as I) so its a subjective matter that is skewed a little.

The issue is that something like 60% of their revenue is made in Asia where its ALL about tacky lighting and oversized logos like MSI dragon etc. They cater for the biggest markets.Quote

Dawelio
Quote:
Not at all, my opinion about RGB has nothing to do with my opinion on their trailers. What I mean is that they usually have some kind of cool looking dude that looks like it was generated with Battlefield 2 graphics. Just look at their trailer for their latest high end router... I mean, come on, really? Its a router... Yet they showcase it like its a racing car.Quote
Reply