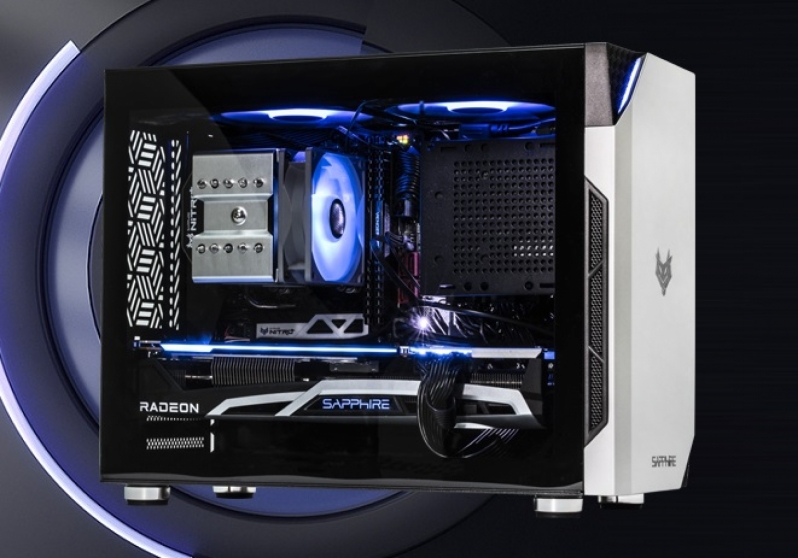 With their M01 chassis, Sapphire is targeting PC gamers who want a compact enclosure that can accommodate the company's largest graphics cards. With support for MITX and MATX motherboard, users will also be able to utilise a broad range of other hardware within this enclosure, which s great news for system builders.

Sapphire's website imagery suggests that Sapphire also plans to release Nitro series power supplies sometime in the future, with the image below showcasing a 600W model. 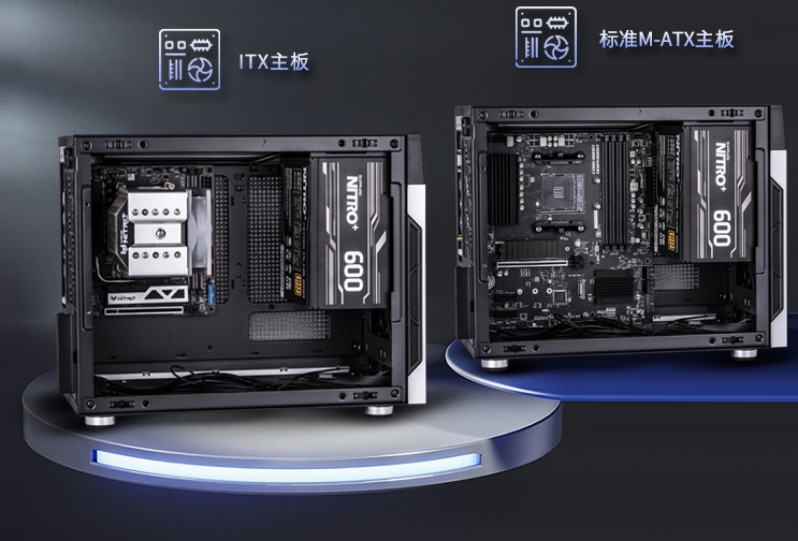 Since Sapphire has not officially revealed its Nitro M01 case, we currently cannot comment on the enclosure's pricing or release date.

You can join the discussion on Sapphire's ultra-compact NITRO M01 PC case on the OC3D Forums. 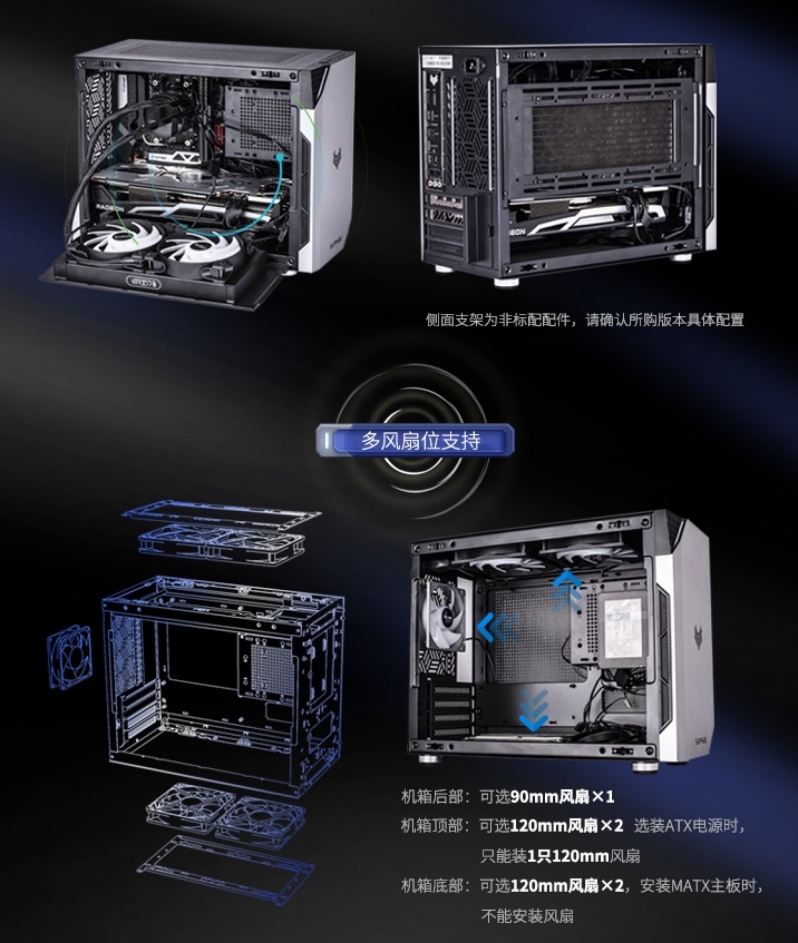 AngryGoldfish
Seems like a slightly bigger version of the NR200 with slightly more versatility and a more flashy aesthetic. But that's not a good thing in my opinion. The NR200 was already a big case for the SFF form factor.Quote

Warchild
Quote:
I think thats the whole point, so they see people opting for these and modding/watercooling them etc. The extra space gets more appeal i suppose.Quote

grec
Have they made this less wide than the NR200 though? I thought the NR200 only had a few mm below what was needed to fit a DH15, to the point where it would fit with a couple of additional holes for the heat pipes to poke into a little, whereas this has a CPU cooler limit of 155mm, seems like a bit of an oversight or differing direction? As that seemed like an obvious improvement to the NR200 imo, add literally 2mm to the width and be able to fit the top cooler on the market.Quote

AngryGoldfish
I'm one of those people that thinks SFF should be SFF. It's weird to say, but the fun is not being able to fit the best of the best but still being able to have amazing cooling and noise performance. Adding height here or clearance there for this, that, or the other takes away much of the challenge and uniqueness. I see the value in no compromise ITX cases, but that's not "ultra-compact" or "SFF" in my books. Besides, it's somewhat of a misnomer to want a no-compromise ITX case when ITX motherboards are themselves a compromise. Again, I do see value in it because some people want extreme performance but NEED a tiny case due to living in small apartments, but personally I want a tiny case because I want a tiny case, and I want all the challenges that come along with that.Quote

NeverBackDown
Quote:
I feel the same way. Most of the ITX cases are still more than 20L. Nothing small about them.

I love my NCase M1 v6. Fits most of everything and is still small. Though I would consider it at the upper range of SFF personally.Quote
Reply