Additionally, Noctua has released NA-HC7 and NA-HC8 series heatsink covers for their NH-U12A heatsinks, giving users of the heatsink even more customisation options.

Noctua's NF-A12x25 series fans were launched in 2018, becoming one of the first fan manufacturers to utilise the ultra-stiff sterrox material for their fan blades. At launch, Noctua's NF-A12x25 fans were amongst the best available on the market, both for airflow and static pressure focused use cases. Now, these premium fans will be available in black. That's good news for everyone who dislikes Noctua's traditional brown and beige colour scheme.

Starting today, Noctua's Chromax black NF-A12x25 fans and NH-U12A heatsinks will be available to purchase at Noctua's retail partners. Amazon links to these products are available below.

The Future of Noctua

We have included Noctua's most recent hardware roadmap at the bottom of this article for those who are interested. This roadmap includes new products like Noctua's next-generation 140mm fans and next-generation NH-D15 heatsink alongside 24V to 12V voltage converters.

Noctua's 24V to 12V converters will be of interest to fans of 3D printing, as Noctua's smaller fan sizes have proven popular as silent replacements for many of the fans available on most stock 3D printers. Since most 3D printers operate their fans at 24V and Noctua's fans operate as 12V, voltage conversion hardware is required to allow Noctua's fans to run using 24V power connections.

This quarter, Noctua also plans to release an 8-way PC fan hub, a first for Noctua. 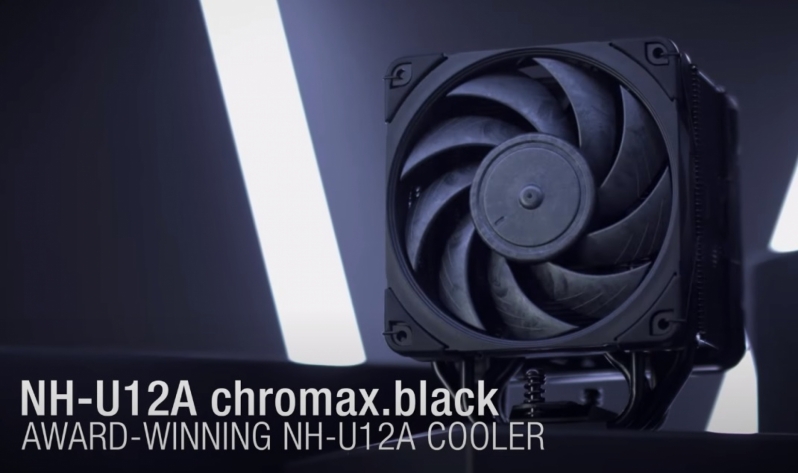 You can join the discussion on Noctua's new black A12x25 fans and NH-U12A heatsink on the OC3D Forums. 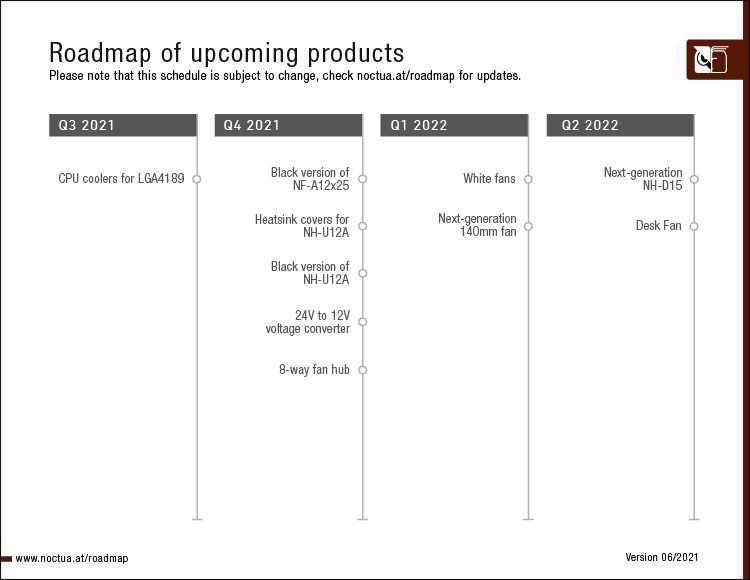 23RO_UK
Quote:
Unfortunately dude in the fallout of The Pandemic it's going to be the way of things for years to come in terms of pricing.Quote

AlienALX
Quote:
High end fans have always been that price. Some of them are north of £40 each if you want the RGB to go with it.

If you chop and change your rig yearly or less? these aren't for you. If you appreciate quality products that last for years and years? you pay it.

I really like Noctua fans. Always have, function over looks for sure. However, in certain builds I care more about the looks and they got kinda stagnant for a few years. Hardly changing their designs etc, so I switched over to Bionic Eloop. These though? are their latest design which I haven't used yet, but would if I really wanted to go nuts. For now I will stick with the Bionics, but may well try these out at some point.

I have not air cooled anything in over 10 years (AIOs and water) but if I was on air I would always choose Noctua. In fact, I recently needed some AF fans so instead of buying tat I bought some of their Redux. They've been excellent.Quote

Kei
Good fans have not always been that expensive. I bought my gentle typhoons for...£9.98+vat in 2013. I am still using them today.

TBH, having tried out the arctic P12 and P14 for my server which runs 24/7. I think that is where my money will go when I eventually have to replace the nidecs. Sure they aren't quite as good as the noctua but when you can get nearly 10 of them for the price of a single noctua, they make a lot of sense. To fit all noctuas in my case would cost nearly £400 vs £55 for arctic.Quote
Reply