Thermaltake's updating their TOUGHCOOL and Floe RC with new Ultra models and RGB PLUS 2.0 Software

Thermaltake's updating their TOUGHCOOL and Floe RC with new Ultra models and RGB PLUS 2.0 Software

At Computex, Thermaltake has announced that they have updated their TOUGHCOOL and Floe RC product lines with new Ultra series models, giving both models Thermaltake's TOUGHFAN 12 Turbo radiator fans, integrated LCD screens, and support for the company's new TT RGB PLUS 2.0 software.

Thermaltake's RGB PLUS 2.0 software is an all-in-one software solution that can be integrated with Thermaltake's power supplies, fans, liquid coolers and memory to give PC builders more control over their systems and access to be functions.

As the program's name suggests, TT RGB PLUS 2.0 is primarily designed to control your system's RGB lighting, allowing users to select one of 23 lighting presets and dynamic modes that can sync to music, system thermals, and on-screen activities. Thermaltake's software can even use your system's IP address to sync your system's lighting with the weather of your current location.

The highlighted breakthrough point of TT RGB PLUS 2.0 is its integration, which combines all the other software’s features in one. For example, SPM/DPSG from power supplies, TOUGHRAM RGB from Memory and TT RGB PLUS are all integrated into TT RGB PLUS 2.0.

Some advanced features are upgraded in our RGB PLUS2.0: 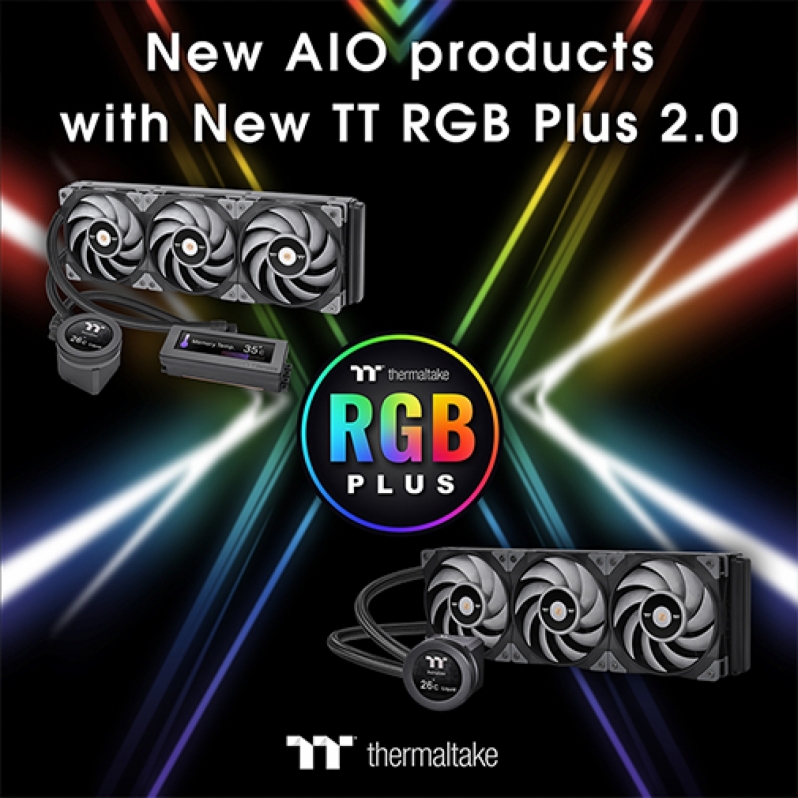 Thermaltake's Floe RC Ultra 240/360, the next-generation of Thermaltake's CPU & Memory AIO Liquid Cooler, is compatible with RGB PLUS 2.0. The CPU/memory liquid cooler incorporates a bright 2.1” LCD screen for the CPU water block and another individual 3.9” LCD screen for its memory water block, giving users full customization options to create more personalized visual effects that include uploading fun gifs or any pictures in jpg format you like.

The Floe RC Ultra 240/360 better embodies the characteristics of RGB PLUS 2.0, offering users more customisation options than any other Thermaltake AIO. This liquid cooler will be available with 240mm and 360mm radiators. 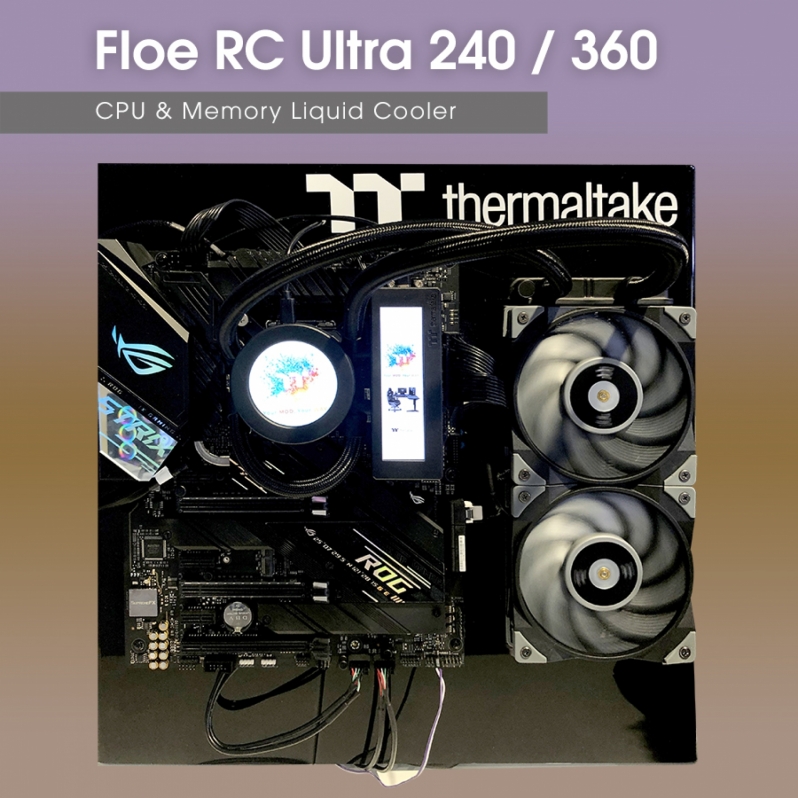 The TOUGHLIQUID ULTRA comes with high-performance TOUGHFAN 12 Turbo radiator fans which are tuned to an impressive maximum speed of 2,500RPM, offering strong airflow for enhanced cooling. This new fan incorporates 2nd-generation hydraulic bearings and LCP blades for maximum cooling performance and quiet operation. Additionally, the TOUGHLIQUID features a radiator with a large fin surface area for better thermal efficiency, and there are two form factors to choose from, 240mm and 360mm.

There is a built-in 2.1” LCD screen on the water block, and utilizing the latest TT RGB PLUS 2.0, it is able to display real-time CPU performance and lighting effects. Other than that, it can show customized GIF files at 480*480 px. Users can now have a more enjoyable experience with more comprehensive software.

You can join the discussion on Thermaltake's new Ultra series Floe RC and TUOUGHLIQUID AIO liquid coolers on the OC3D Forums.

looz
Hmm makes one wonder why their nickname is Thermaltacky.Quote

Dawelio
Copied Noctua’s design for their fans and copied NZXT on their Z series of AIOs… Can’t ThermalTake innovate anything on their own?…Quote
Reply