With the release of Threadripper many manufacturers of water cooling all-in-one cooler designs have opted to use mounting kit upgrades to support AMD's latest socket, providing a solution that works well but is sub-optimal, to say the least.
Threadripper offers a huge IHS design that is not completely covered by many AIO liquid coolers, with most designs covering the active dies under AMD's IHS and not much more. This is enough to adequately cool the CPU, but not enough to please everyone.
This has left many manufacturers in a situation where they feel it is necessary to provide a "proper" Threadripper cooling solution, with liquid coolers that not only cover Threadripper's IHS with their mounting plates but covers all of Threadripper's CPU dies with a copper finstack, providing maximum cooling performance.
XSPC have now announced their new Threadripper-specific Raystorm Neo CPU water block, which comes with a larger mounting plate and a Threadripper optimised finstack to offer optimal cooling for AMD's newest CPU designs. XSPC also bundles RGB LEDs with these new water block designs, which are compliant with most motherboard RGB software standards. 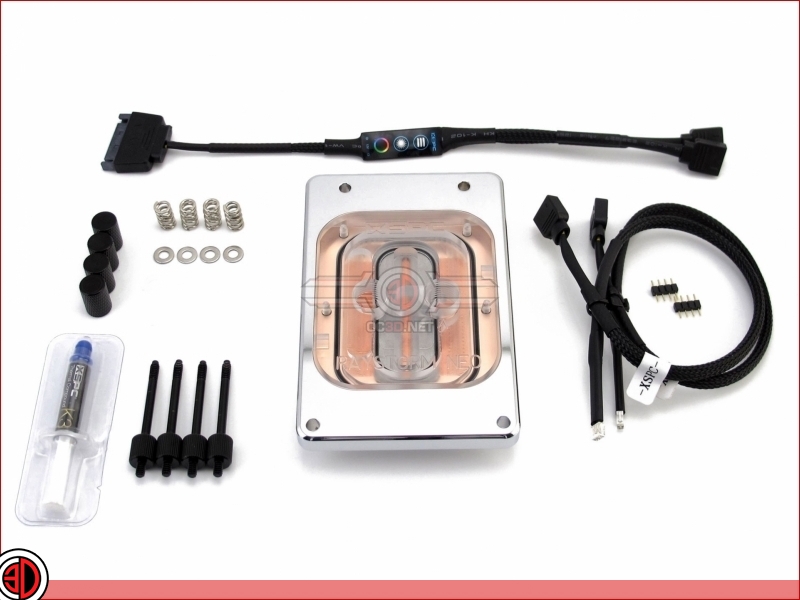 In the image below we can see that XSPC has not only given their water block a larger mounting plate but has delivered a huge cooling finstack with their new Neo Threadripper mounting plate, allowing XSPC to offer enhanced cooling performance.

With these modifications, this water block will be Threadripper/TR4 and EPYC/SP3 only, lacking the ability to mount onto other motherboards/socket designs. 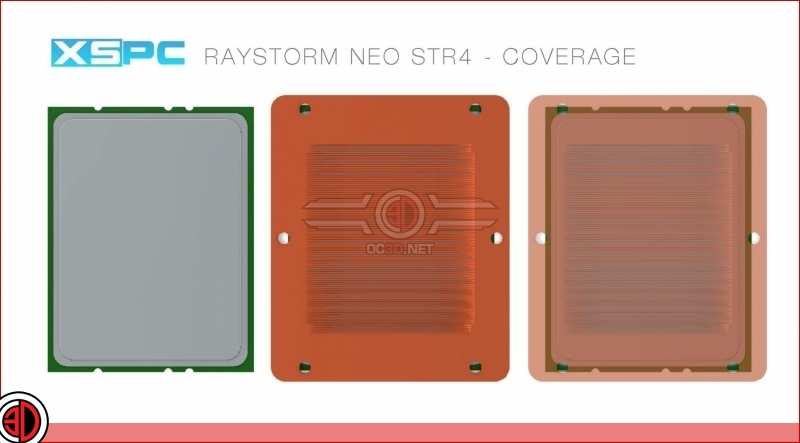 XSPC has not released pricing and availability information on these new water blocks, though they are expected to release in the near future.

You can join the discussion on XSPC's latest Raystorm Neo Threadripper water block on the OC3D Forums.

AlienALX
Much nicer than EK's effort. Looks more like Aquacomputer or Watercool's stuff. I like it, very pretty.Quote

NeverBackDown
Looks ok. It's just a rectangle that is shiny.Quote

S_I_N
well I have to say it is one sexy looking block. I like the simplicity of it.Quote
Reply