Intel's 13th generation i9-13900K processor has been benchmarked on Geekbench, highlighting the performance of Intel's next-generation flagship. The i9-13900K is due to supplant the i9-12900K later this year, and if this benchmark listing is anything to go by, the i9-13900K will boost to clock speeds of 5.5GHz.

Is Raptor Lake much better than Alder Lake? 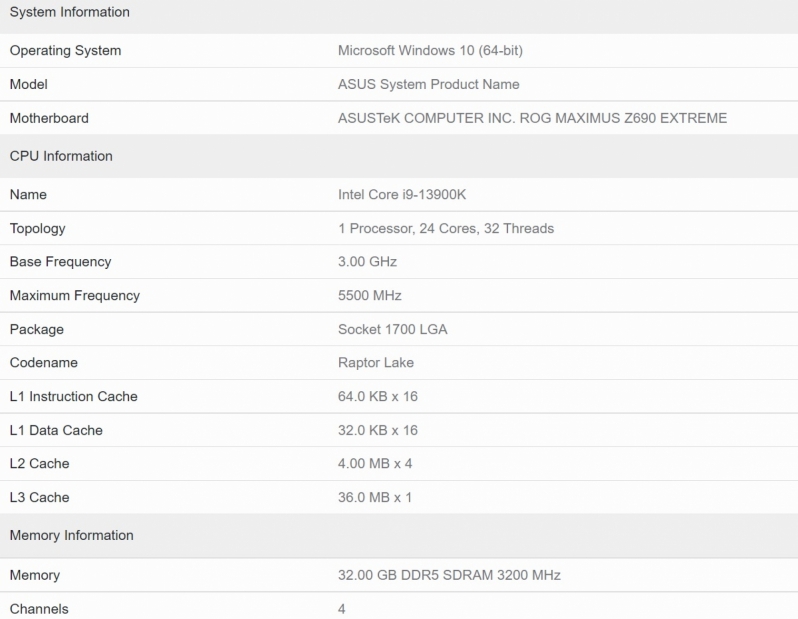 Intel's 13th Generation Raptor Lake series processors are due to launch later this year alongside new Intel 700-series motherboards. AMD is expected to launch their Ryzen 7000 series CPUs within a similar timeframe, setting up late 2022 as a CPU battle zone.

You can join the discussion on Intel's leaked i9-13900K Geekbench benchmarking data on the OC3D Forums.