AGESA version 1002a - Does it solve Raven Ridge's stuttering problem?

These issues were mostly brushed over in initial reviews, though in our Raven Ridge APU Gaming Review, we detailed the cause of these stutters. In some workloads pushed both Raven Ridge's CPU and GPU sections hard, AMD's integrated Vega graphics processor could suddenly downclock itself to 300MHz or under for short periods of time. This issue results in a downclock of over 75%, which while short can cause some insane increases to frametimes.

This performance issue was a huge cause of concern for AMD's Ryzen/Raven Ridge APUs, undermining their gaming prowess with what appeared to be a power management issue. Thankfully AMD has taken this criticism to heart and has now developed their AGESA 1002a update, which is designed to offer "performance and smoothness improvements" when gaming on AMD's Raven Ridge processors.

AGESA 1002a BIOSes are coming out now for Ryzen 5 2400G & Ryzen 3 2200G with performance and smoothness improvements for PUBG, Overwatch, and Minecraft. Keep an eye on your mobo vendor’s download page.

As we promised in our initial AGESA 1002a coverage, we have spent some time retesting our Ryzen 5 2400G's gaming performance, looking specifically at Assassin's Creed Origins, where in-game stuttering was most common.

What must be noted here is that this "stuttering issue" is not a problem in most gaming workloads, only appearing in select titles like PlayerUnknoiwn's Battlegrounds, Fortnite and Assassin's Creed Origins. 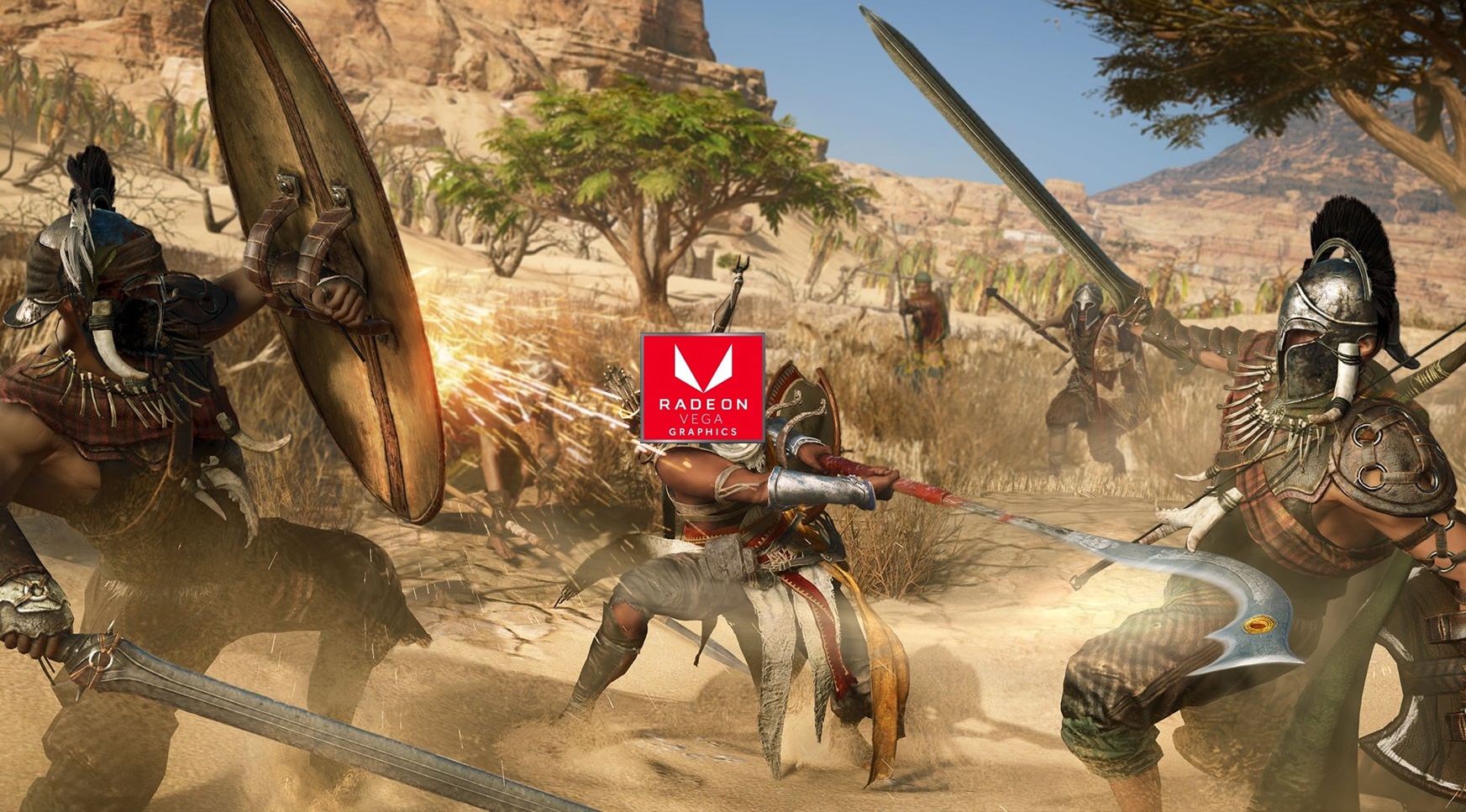 AMD's Ken Mitchel has confirmed that this new AGESA code will provide "general power management optimizations" for the company's Raven Ridge Rzyen 5 2400G and Ryzen 3 2200G CPUs, changes which should give users a performance boost across a wide range of applications.

In our testing, the performance differences were not revolutionary for most applications, resulting in a range of margin of error performance changes for the most part. The nature of AMD's power management changes is why we will be focusing on what we deem to be a "worst case scenario" for Raven Ridge, where the adjustments in AMD's AGESA code result in the most visible changes.

While AMD's announcement for AGESA version 1002a mostly spoke about popular multiplayer games like PUBG and Overwatch, neither of these titles are suitable for repeatable benchmarking. Thankfully we have found this issue to be frequently seen in Assassin's Creed Origins, specifically in Alexandria, one of the most demanding locations within the game.

Our initial testing using ASUS' 3805 BIOS, we found that GPU clocks could suddenly lower to 300MHz or less, causing long stutters in frametimes and momentary in-game pauses. Repeating this test with ASUS' AGESA 1002a containing 4008 BIOS enabled our Ryzen 5 2400G to maintain GPU clock speeds of over 1100MHz throughout our test. This change is a huge improvement for AMD's Ryzen 5 2400G, with clock speed drops moving from the 900+MHz range to the 150MHz range, resulting in a much smoother gaming experience. 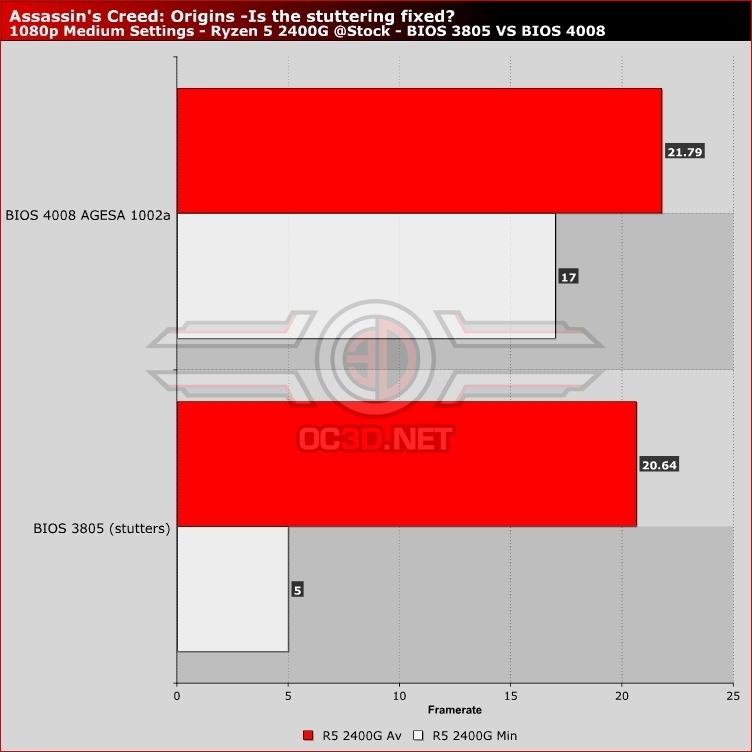 With AGESA version 1002a, AMD has made Raven Ridge's clock speed spikes a lot less aggressive, resulting in increased smoothness and an elimination of the Ryzen 5 2400G's sudden stutter problem. While this update doesn't force iGPU clock speeds to remain constant while gaming, the changes included in AGESA 1002a dips minimise their impact. Now clock speeds decrease by around 10% or so, rather than the 75+%, making the transition hard to spot given its momentary nature.

While this clock speed issue is specific to only a handful of games, this change has made Raven Ridge a much more viable gaming chip at stock clock speeds by providing a smoother overall gaming experience. With this update, AMD has addressed our only major criticism of Raven Ridge.

Let's hope that AMD can keep up with this forward momentum by releasing new Radeon Software graphics drivers in the near future.

You can join the discussion on AMD's AGESA 1002a update and its impact on Raven Ridge on the OC3D Forums.