Is Intel finally back on track?

If the latest rumours are to be believed, Intel has something special lined up for late 2021, a new architecture that will finally bring 10nm to thew top of Intel's desktop lineup and bring with it an advanced core design that will bring together both high performance and high-efficiency CPU cores.

Alder Lake is due to launch as Intel's successor to Rocket Lake, which is due to release sometime next month. This will make Rocket Lake a shortlived CPU architecture, assuming that Alder Lake's leaked December 2021 release timeframe proves to be accurate. Alder Lake's reveal is said to be coming this September, making 2021 a busy year for Intel and their partnered motherboard manufacturers.

With their 12th Generation of Core processors, Intel is reportedly moving to a new CPU socket called LGA 1700, which means that PC builders will need to move to a new CPU platform for Alder Lake. The good news is that Alder Lake should be a worthy upgrade for hardware enthusiasts, as Intel has already promised a large IPC increased and higher core counts with Alder Lake.

Intel's Golden Cove cores will offer their users Hyperthreading support, while Gracemont offers singular threads. With this in mind, Intel's Alder Lake processors are due to offer their users sixteen cores and twenty-four threads. Rocket Lake will only offer users up to eight total cores and sixteen threads, making Alder Lake a huge upgrade for Intel fans.

Alder Lake is also reportedly using an enhanced version of Intel's SuperFin 10nm process tech, giving the architecture power efficiency advantages over today's Tiger Lake mobile processors. If this is true, 10nm may finally be ready for primetime, around half a decade late. 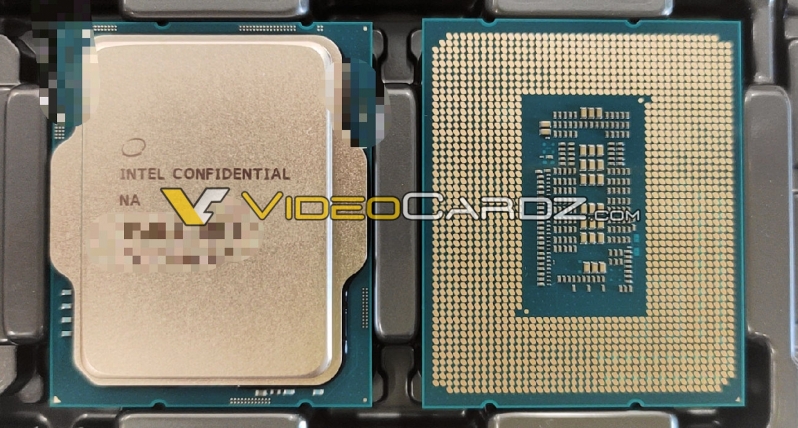 You can join the discussion on Intel's Alder Lake architecture on the OC3D Forums.

AlienALX
So in other words don't touch Rocket Lake with a 80ft pole.Quote

AngryGoldfish
Quote:
Totally. I see no reason to buy Intel's next CPUs.

Alder Lake could be absolutely incredible.Quote

Dawelio
Quote:
Am I the only one reading that wrong?

AngryGoldfish
Quote:
It's correct. There are 16 cores, 8 of which do not have hyperthreading. It's this 'dual Core' thing Intel is moving ahead with. It's still one monolithic die, but technically there are two 'architectures' or 'Cores' inside the chip, one for performance and one for efficiency.Quote