AMD's due to reveal its Zen 3 architecture on October 8th, revealing to the world the next generation of Ryzen processors and the performance leaps that it will deliver to consumers.

At this time, AMD has not confirmed how Zen 3 delivers major performance gains over Zen 2, be it via increased clock speeds, redesigned aspects of their Zen cores or both. Next week, AMD should reveal this information to the public. 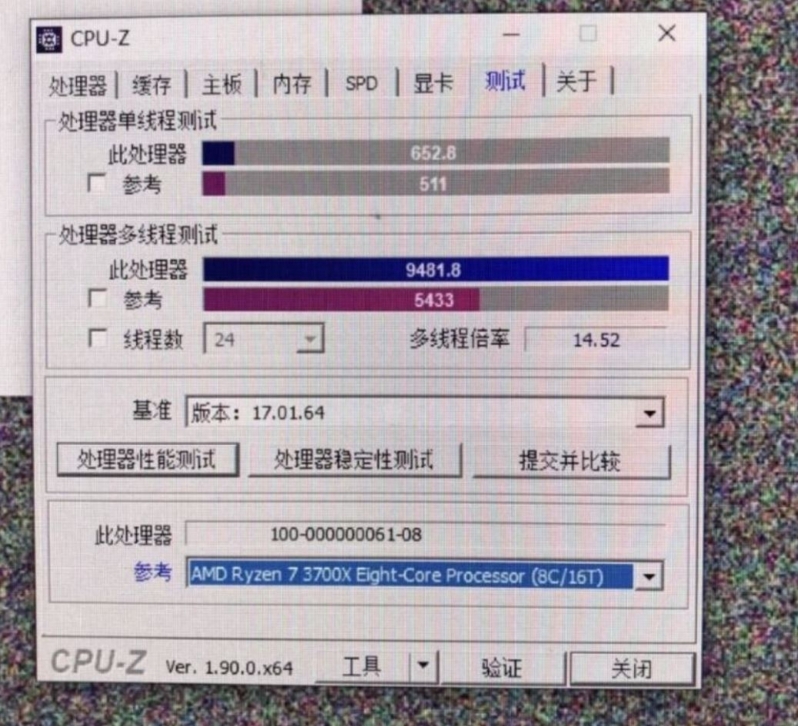 You can join the discussion on AMD's leaked Ryzen 9 5900X CPU-Z benchmark scores on the OC3D Forums.

MiNo
How does it compare to Intels offerings? Do they match single core performance?

If it is, then I suppose it is good that AMD finally matches Intel ... but Intels has been on the market for some time and is on 14(++++) node. So just matching when being newer AND rocking 7nm is hardly impressive. If they use (much) less power to get the same performance, then I will say that is a big thing though, for anyone who cares about how much energy we use. Not sure how many we are though...Quote

Warchild
Quote:
According to leaks, it performance up to 16% faster than the 10900kQuote

Warchild
Quote:
Well that is the thing with leaks. Wording is vague or chosen very careful to prevent blowback. No site can claim "performance = xx or over xx%" because if they are wrong, their reputation is tarnished very, very quickly.

We can only comment on what we see. Leaks are just guesstimates for me. Reviews and actual benches with proper drivers are the selling point. However it feels like these last few months, all leaks from the sites I peruse have been accurate. Especially on the RTX 30xx shortages, performance, pricing. And then there is the leaked 3090 benchmarks which surprised me but were correct and downright disappointing.Quote

MiNo
Quote:
True. Good thing is that there now are several 'serious' review sites (including this one) so it is very much possible to quickly get real and hard data once reviews are out and we don't have to rely on marketing material !

If AMD indeed takes the Single Thread performance lead then I cannot wait to see what intel does. Or if they CAN do anything... I mean, there are no arguments left other than "it's the platform you have used for many years". While that may be true, it will hardly be enough for the majority. I have not been on AMD since Athlon (!) because they were always slower. I want the performance for games, and that performance has always been plenty for 'productivity'. For the same reason, I could not care less that i get 10 extra free cores with AMD systems. They would just sit there doing noting and my games would run slightly slower. But that could all change now. Exciting times.Quote
Reply