Expect ROME to be fast

The second half of 2019 is going to be an important time for AMD, with the launches of ROME, Ryzen 3rd Gen and NAVI providing the market with a wide range of new 7nm products, catering to enterprise users and consumers alike.

Each of these products is said to be groundbreaking in their own right, but AMD's 7nm "ROME" EPYC processors will undoubtedly be the most significant. With ROME AMD plans to offer a 2x increase in core count over the company's existing 32-core offerings, while simultaneously providing a 2x improvement in AVX performance per core, delivering an earthshaking performance boost in specific workloads.

Red Gaming Tech has reported that the clock speeds of AMD's Flagship ROME EPYC processor will be 2.35GHz Base and 3.2GHz Boost over 64 cores and 128 threads. This is said to be achieved at a TDP of 240W, which lies within expectations given AMD's design changes with Zen 2 and the efficiency advantages of TSMC's 7nm lithography process.

For context, AMD's flagship EPYC 7601 processor offers 32 cores, 64 threads and base/boost clock speeds of 2.2GHz and 3.2GHz at a TDP of 180W, making AMD's rumoured ROME flagship more powerful on a per-core basis thanks to its higher base clock speed and any performance optimisations that are offered by AMD's Zen 2 architecture. If these specifications are true, AMD's flagship EPYC ROME processor will offer a 2x boost in per CPU performance when compared to the EPYC 7601, at least in terms of raw CPU grunt. 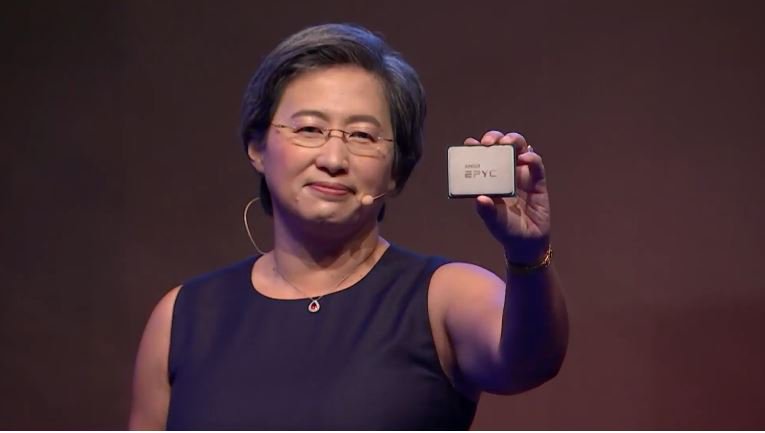 While this boost to performance is incredible, it is also worth noting that EPYC's maximum TDP has increased from 180W to 240W with high-end ROME components, a 60W increase. Some of ROME's extra performance comes thanks to an increase in power consumption, though it is worth noting that this increase in power draw in worth ROME's increased performance. Overall, ROME is much more efficient than AMD's 1st generation EPYC processors.

You can join the discussion on AMD's 64-core EPYC clock speeds on the OC3D Forums.